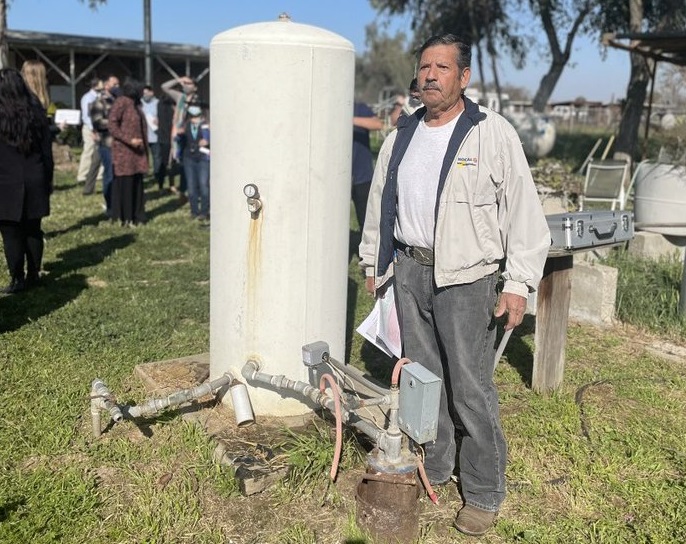 In 2012, the state of California passed the Human Right to Water to ensure that every California resident has safe, clean, affordable, and accessible water adequate for human consumption, cooking, and sanitary purposes. Making this policy a reality has been a priority for Clean Water Action ever since.

We work in many ways to make this work; today we want to talk about the connection of groundwater to the Human Right to Water and our victory in convincing the California Department of Water Resources (DWR) to uphold that right when it comes to groundwater.

Groundwater provides 30 to 60 percent of California’s water with the greatest reliance happening during droughts like we’re going through now. Some communities depend entirely on groundwater as their source of drinking water and that makes them vulnerable to drought, when other users - mostly agriculture - over pump groundwater.

Clean Water Action has reviewed most of these plans - and were really disappointed. In particular, we found that plans representing the most critically overdrafted basins fail to protect drinking water users, particularly those served by small water systems and domestic wells.  A study commissioned in 2020 by the Water Foundation indicated that between 80,000 and 127,000 people will lose their water supply if these plans are not corrected.

Drought makes everything worse. According to DWR’s my dry well tool, at least 1,000 drinking water wells went dry last year, with more wells expected to go dry as the drought continues into the summer months of 2022. The impacts of the drought season have been severe across the state of California. Hundreds of households are experiencing outages in Northern counties like Tehama and Glenn as well as the San Joaquin Valley.

While the rains and snowpacks in the fall and early winter months of 2021 gave hope of relief from the drought, the dry winter since has disappointed everyone.

Data from California Department of Water Resources (DWR) shows that groundwater levels are still below normal and groundwater basins have not been significantly replenished and importantly, the wet winter did not bring an end to the current drought .

n January of 2022, DWR Director Karla Nemeth said, “We are definitely still in a drought. A completely dry January shows how quickly surpluses can disappear. The variability of California weather proves that nothing is guaranteed and further emphasizes the need to conserve and continue preparing for a possible third dry year.”

Back to the Human Right to Water.

Clean Water Action and our allies have advocated for two years for DWR to reject plans that will dewater large numbers of wells. When their January assessments of the plan were released, we were thrilled to find that the agency agreed with us, returning 34 plans to their local agencies for improvement. Most of these plans will be required to provide better data and options to avoid dewatering wells.

This is a big victory for Clean Water and the Human Right to Water, but it’s just a start. These plans have six months to fix their plans - and Clean Water Action has six months to convince them to protect drinking water.