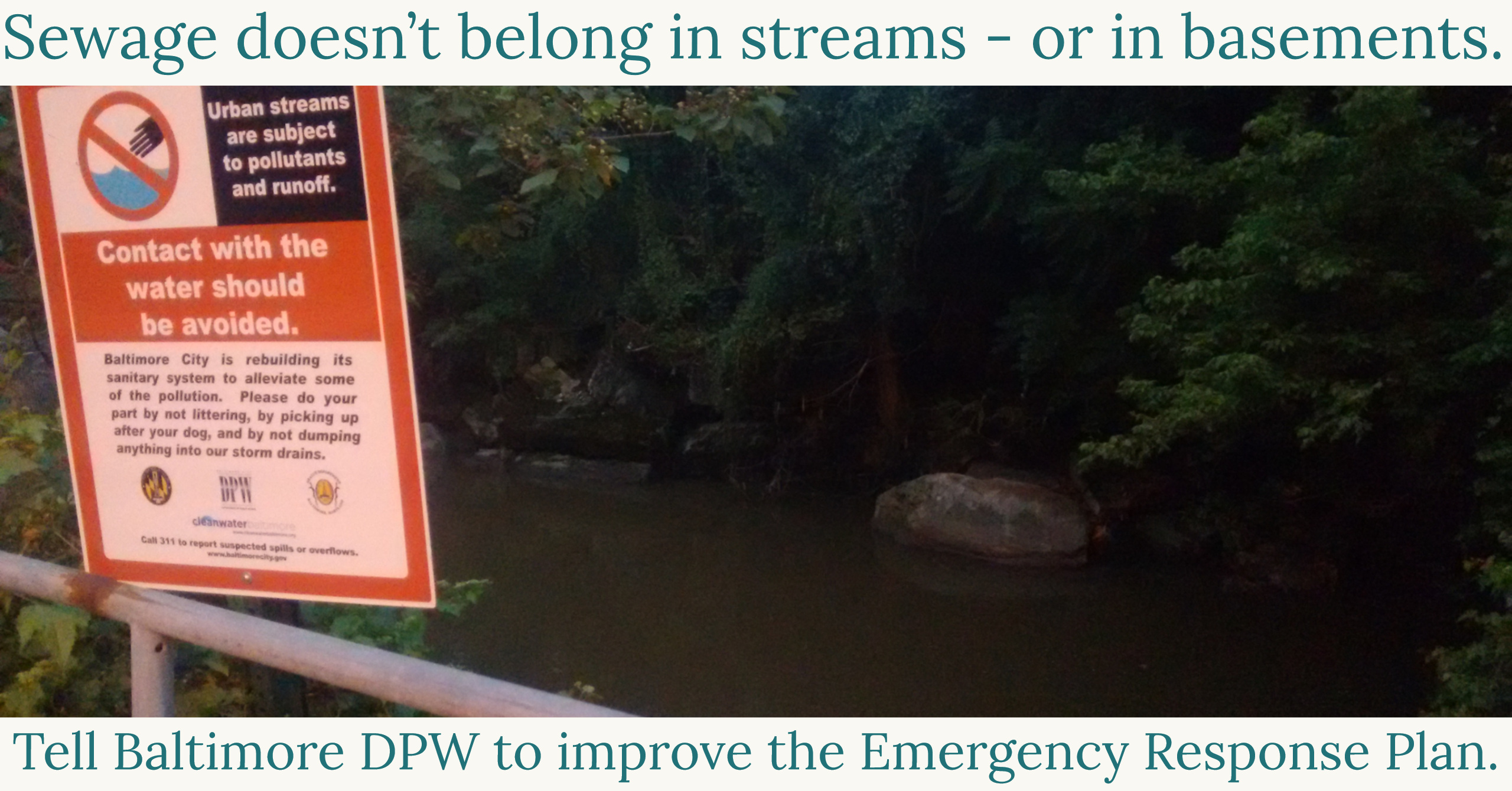 Two years ago, as Baltimore City renegotiated its agreement with the EPA to repair faults and design flaws in its sewage system, residents spoke out and organized because their neighborhoods had a chronic sewage problem: at times the system designed to collect and pipe sewage to treatment plants would fail, causing raw sewage to overflow into their homes. As a result of these protests and comments submitted by advocacy groups, the final consent decree was revised to include requirements that Baltimore develop programs for basement backups caused by problems in city-owned infrastructure.  Under this requirement, Baltimore's draft Emergency Response Plan, released last month, included provisions for dealing with basement back-ups of sewage as well as overflows into streets and streams.  Read it here.

Although the programs outlined in the Plan are an improvement, there are some key ways that they fall short.  We worked with the Environmental Integrity Project and residents of Northwest Baltimore neighborhoods impacted by basement back-ups to point out key ways that these programs should be improved to better serve Baltimore residents, including: