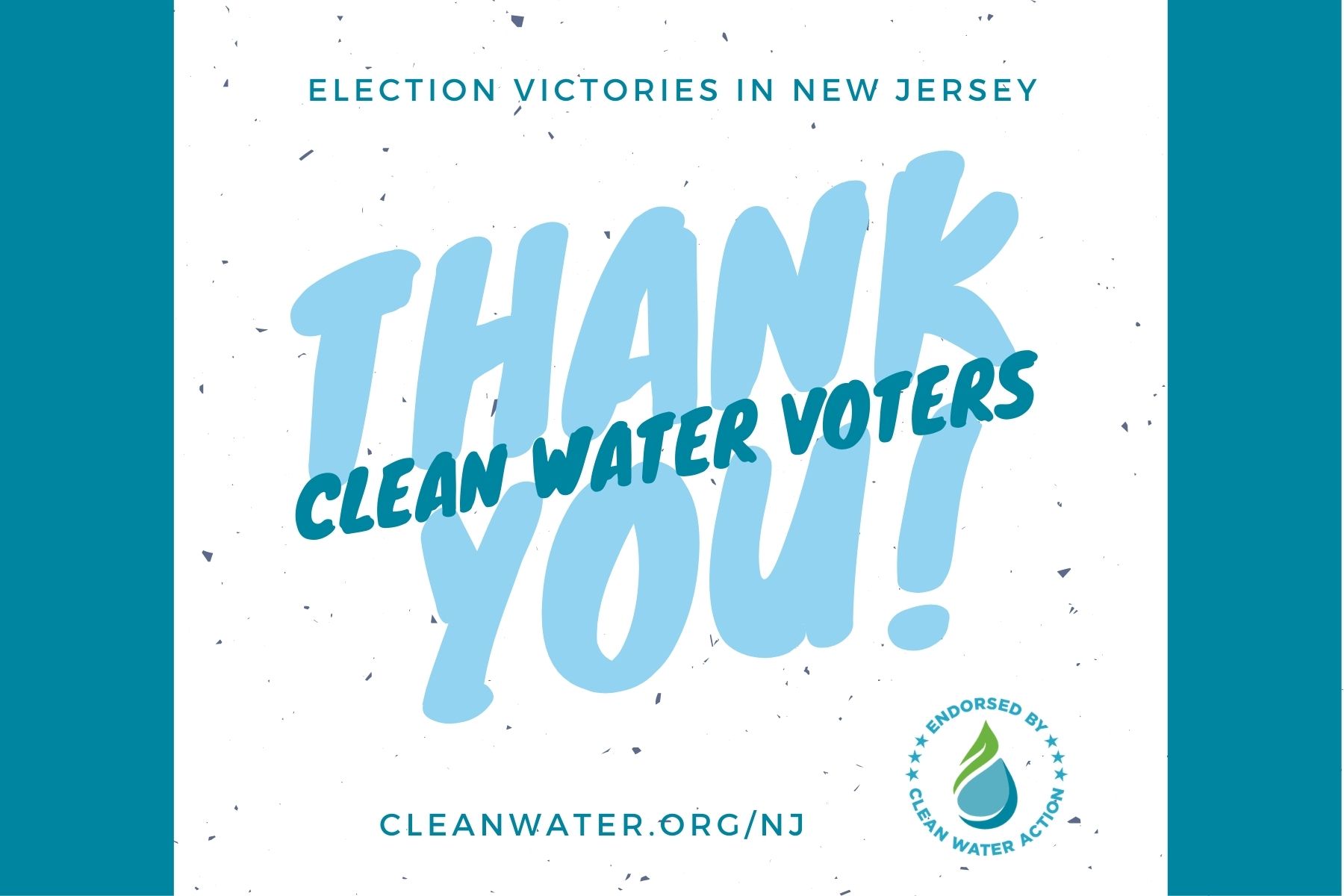 We are excited to report that New Jersey voters overwhelmingly delivered an Election Day mandate for stronger water protections, cleaner air, and a livable climate future with the highest voter turnout in our state’s history. New Jersey voters continued their trend of casting ballots for pro-environment candidates in 2020, building on the victories of pro-environment candidates in the 2018 midterms.

We are proud to announce that all of the New Jersey freshman House members who were endorsed by Clean Water Action won re-election in 2020. The strong support for Representatives Mikie Sherrill, Tom Malinowksi, and Andy Kim demonstrated that their 2018 election victories were no fluke. In addition, Clean Water Action endorsee Representative Josh Gottheimer won a third term with an expanding majority. Clean Water Action is also very excited that environmental champion Senator Cory Booker won a resounding re-election victory. He will continue to be a strong, moral voice for environmental justice. New Jersey voters showed that they are serious about tackling the climate crisis, investing in mass transit and clean energy, and protecting drinking water.

Furthermore, New Jersey voters rejected the anti-environmental message of President Trump by voting overwhelmingly for Joe Biden and Kamala Harris. President-elect Biden can begin repairing the environmental damage done by President Trump on Day One of the new administration by ending the rollbacks of clean water and clean air protections enacted by Trump executive orders.

While Clean Water Action could not run our traditional field canvass during the pandemic, our grassroots field team transitioned to the phones and called swing state voters to support Joe Biden in Pennsylvania and Michigan. In addition, Clean Water Action volunteers canvassed in Pennsylvania in the run-up to Election Day. In local New Jersey races, our field to phone team called and texted voters in key congressional districts to get out the environmental vote.

With these election results, New Jersey voters continued our state’s grand tradition of sending environmental champions to Washington. This election sent a message to New Jersey elected officials on both sides of the aisle that standing up for clean air and water is a winning message in our state. As we celebrate these victories, let’s all continue to do the work to hold ALL of our elected leaders accountable. We have huge issues to tackle from lead in drinking water to decaying mass transit systems to the climate crisis. Clean Water Action and our members stand ready to work with any and all elected officials who want to help solve these problems.

These fights don’t end on Election Day. They are only beginning.