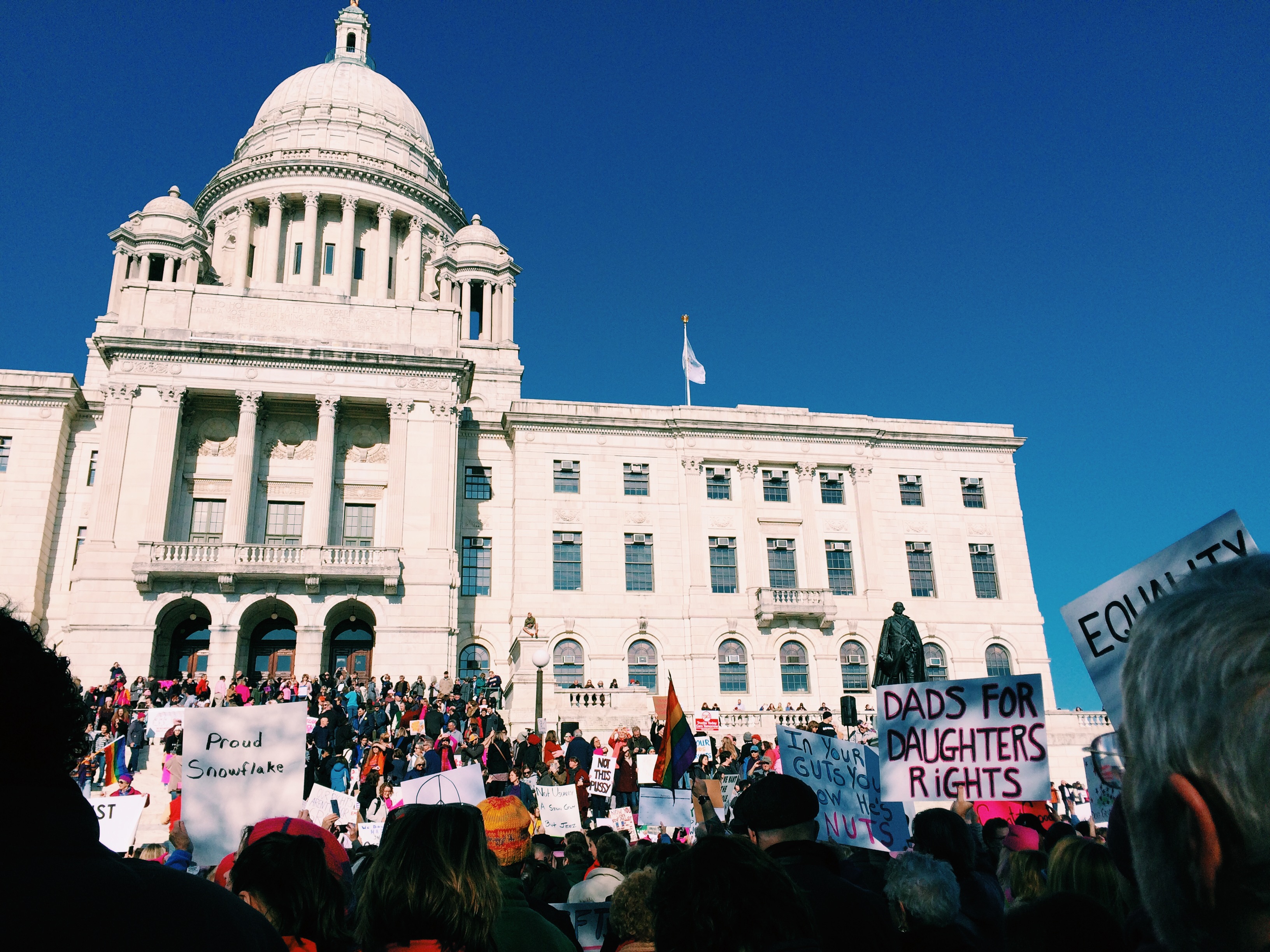 On Saturday, January 21st, I attended my very first political rally - the Providence Women's March. I honestly had no idea what to expect. My friend and I arrived at the South Lawn of the State House an hour early and were relieved to see a throng of pink-clad women and men meandering past tables displaying signs for recognizable social action groups. An hour later, the gathering would manifest itself into a powerful assemblage of people who collectively had a lot to say.