PROVIDENCE, RI - Clean Water Action is pleased to announce its first round of endorsed candidates for the 2020 election cycle.

“One of the largest long-term challenges that we face as a state is the climate crisis,” said Johnathan Berard, Clean Water Action’s Rhode Island State Director. “The economic, social, and environmental well-being of all Rhode Island residents will depend on our ability to quickly and meaningfully address this challenge head-on. We’ve had a need to accelerate our efforts for some time; however, not one single piece of meaningful environmental legislation has been sent to the governor’s desk for her signature in the past two years.

“The need for elected officials who understand that we need to pass immediate, strong, and equitable measures to address the climate crisis, protect our natural resources, and address public health disparities has never been more urgent,” continued Berard. “We are excited to support these candidates who have publicly pledged to prioritize these matters in their work.” 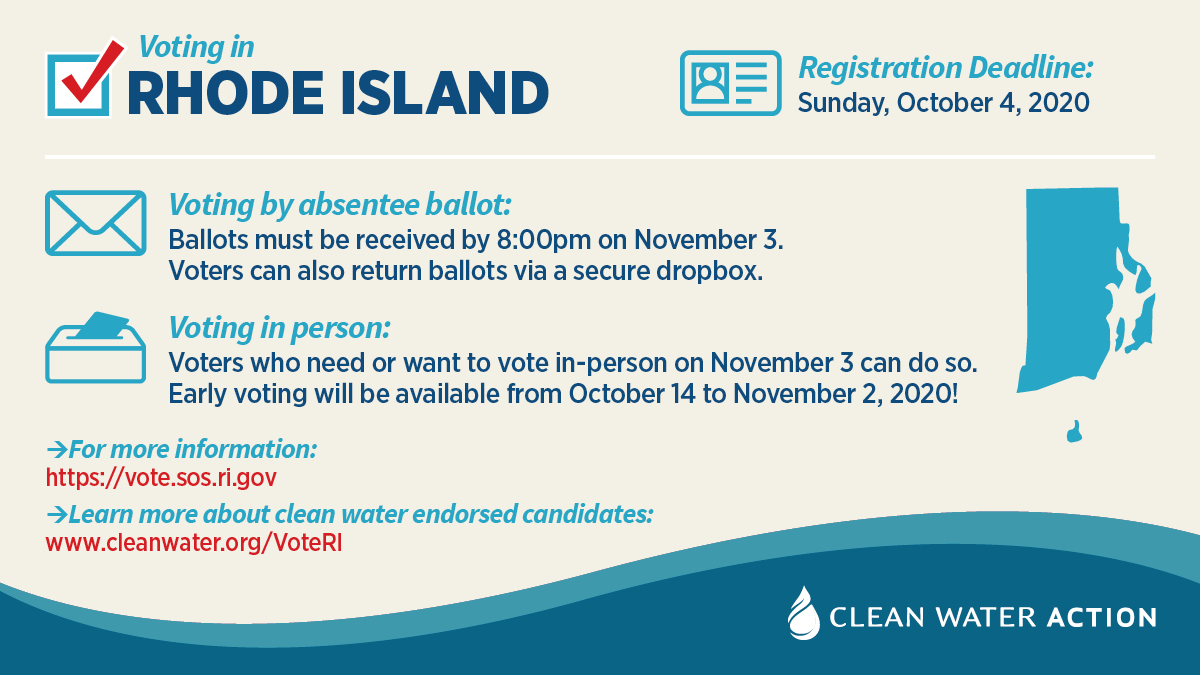 Since our founding during the campaign to pass the landmark Clean Water Act in 1972, Clean Water Action has worked to win strong health and environmental protections by bringing issue expertise, solution-oriented thinking and people power to the table. We will protect clean water in the face of attacks from a polluter friendly Administration. www.cleanwateraction.org

Clean Water Action is responsible for the content of this independent expenditure. It is not coordinated with or approved by the candidate or candidate committee. For more information, please contact elections2020@cleanwater.org.