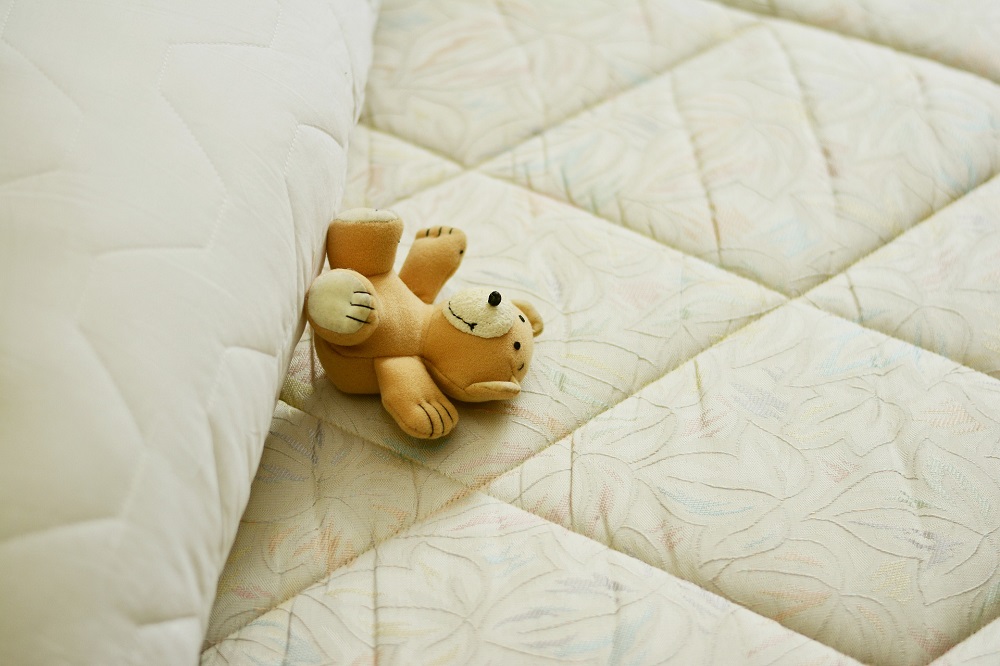 What my mattress taught me about toxic chemicals

I did not realize the health risks of products until I bought a mattress that arrived on Valentine’s Day in 2007. I have had underlying neurological health conditions caused by growing up near a Superfund site as a child.  But nothing has impacted my health like the chemicals I was exposed to from sleeping on that mattress.

It felt like wearing a comfortable glove to sleep on this new mattress. But I kept smelling a strange odor from the time I opened the package, covered it with a mattress pad and started sleeping on it. After two nights, my head began pounding. I was having migraines again for the first time in fifteen years. I could not meditate. I could not concentrate. I walked down the hall after the third night and I felt like I was going to faint. My hand and arm went numb. I started trying to understand what was in that mattress odor.

I first called the company. Their representative said, “‘Let it outgas. Open your windows, take the mattress pad off during the day. It simply needs to breathe.  It is not our mattress making you sick.” I did what they said but kept getting worse– even during the day (now that the mattress was off-gassing throughout my house).

I searched the internet and discovered a couple who both had the same neurological symptoms that began when they got the same mattress.

I read white papers by universities doing research, called the program researchers to interview them and ask questions, and I learned that chemicals prevalent in mattresses include volatile organic compounds (VOCs), including toluene.  VOCs are linked to eye, nose and throat irritation, headaches, organ damage and even cancer.

As if that weren’t bad enough, I found out that mattresses also frequently contain toxic flame retardants. At the time, the primary flame retardants in use were PBDEs (today those are not used and others have taken their place). I studied articles on flame retardants in couches, laptops, mattresses and how the chemicals interacted. I read about their health impacts including links to cancer, thyroid damage, nervous system damage, and more.

The more I read, the more I was certain it was the mattress. The VOCs (gaseous chemicals) were likely causing the strong smell and headaches, and who knows what long term health problems the PBDEs might be causing. I asked the company to stand by their 100% customer satisfaction guarantee. They would not take back the mattress.

So, I decided to take action. That year, I spent two days at the state house volunteering with the Alliance for a Healthy Tomorrow – a coalition of many concerned organizations working to prevent harm to human health from toxic chemicals in the products we buy. On the first day, we talked to legislators inside the building and, and passed out flyers out front. But I wanted to do more, so the next day, I went alone to the state house and passed out cards to anyone who would take information on phasing out toxic chemicals from consumer products.

Now, I’m joining Clean Water Action and the Alliance for a Healthy Tomorrow in supporting a bill to ban toxic flame retardants in mattresses, household furniture, children’s products and more. This bill has passed the House and Senate and will soon go to Governor Baker’s desk.

Firefighters are on our side. They go into burning homes and these flame retardants are among a host of chemicals causing higher rates of cancer and other illnesses for our first responders. They need equipment at every fire now that they did not need prior to the rollout of these new chemical laden mattresses, couches, etc. Their clothes can no longer be brought into their homes after a fire due to the exposure they could share with their children – especially concerning for babies and toddlers.

Please help us ban these persistent chemicals from being produced and put in mattresses and furniture. There are safer alternatives that prevent fires and keep families safe from the short- and long-term effects of exposure to toxic chemicals. Take action today: tell your state legislators and Governor Baker to take the final steps to pass the Children and Firefighters Protection Act before the session ends on January 5th. [https://cleanwater.salsalabs.org/ma-flame-retardants-act-now/index.html] Thank you for working together for a safer tomorrow.

By the way, in case you’re wondering what happened with my mattress, my mom and I called the company many times.  They alternately hung up me, stopped answering my calls, tried to sell her a mattress, and flatly refused to take back the product or answer questions about what was in it.  Finally, they snapped at her, “Then buy a different mattress if you are that concerned!” And ultimately that’s what I was forced to do.