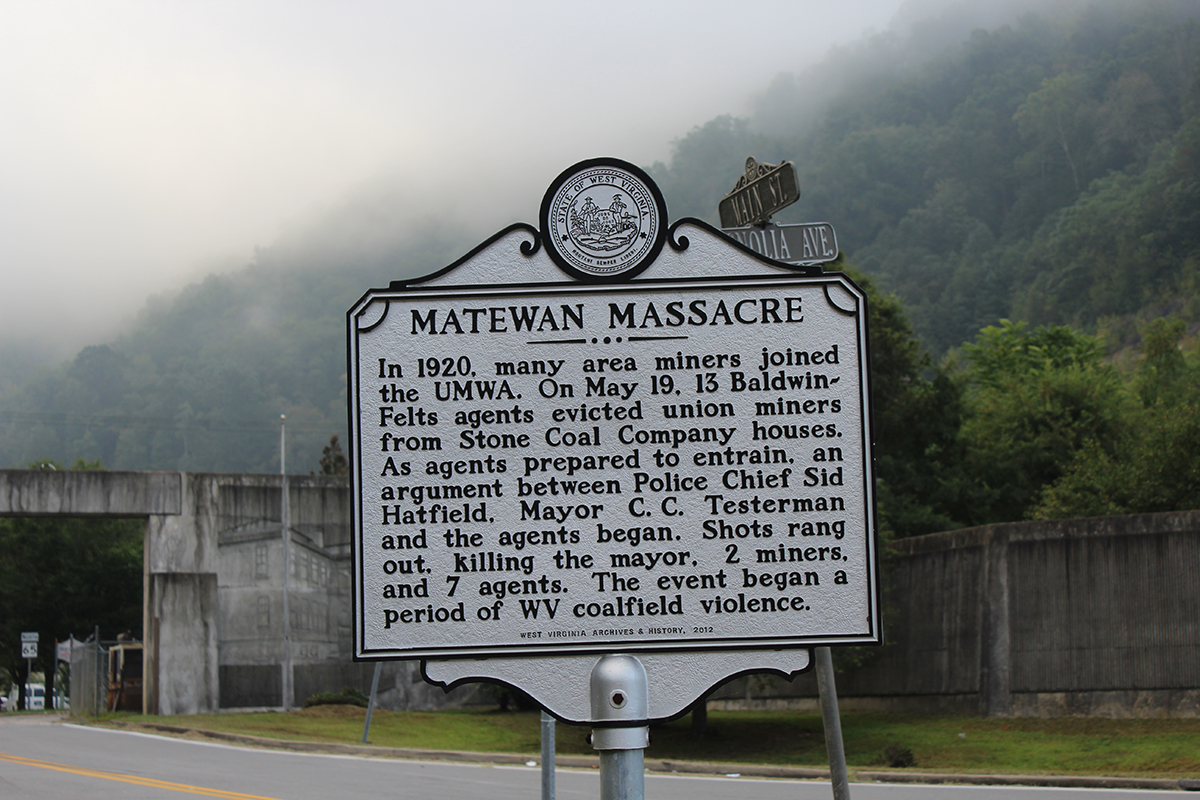 I spent part of last week at the Climate Reality Leadership Corps Conference in Pittsburgh, where I was thrilled to be one of 1400 activists trained by Al Gore and his colleagues at the Climate Reality Project on how to communicate about climate change and take action to get us toward a zero carbon world. In between the dramatic footage of people living through the effects of our already-changing climate and hearing the overwhelming statistics and projections, the challenge sounded clear to me:

If we want to shift our energy future and protect our water and climate, then we will need to go head-to-head with the fossil fuel industry.

History reveals this is possible. Even at a time when coal companies had their own private armies, workers and residents banded together to fight to put people over fossil fuel profits.

But now an important part of that history – the Blair Mountain battlefield in southern West Virginia – is at risk, and we need to speak up to preserve it. And by preserving this battle against coal companies, we can cement a new victory and protect our water and climate by stopping reckless surface mining on historic Blair Mountain. There is a public comment period ending on Thursday, October 26; there is a sample comment below that you can use as a template.

The Battle of Blair Mountain in August 1921, though not widely discussed in our history books or classes, is the largest armed insurrection in our country since the Civil War. The battle was preceded by years of mistreatment of miners by their coal company bosses, and the Matewan Massacre in 1920, when rising tensions between miners and agents from the Baldwin-Felts Detective Agency lead to a deadly shoot out in the town of Matewan. In the battle, according to History.com, “some 10,000 union miners marched on Blair Mountain in Logan County and clashed with 3,000 coal company supporters and police deputies. For nearly a week, the two sides waged a ferocious battle with rifles, machine guns and even bomb-dropping biplanes. By the time federal troops finally intervened in early September, roughly a million rounds had been fired and dozens of people had been killed.” (You can learn more about the Battle of Blair Mountain and the West Virginia Mine Wars in this excellent episode of West Virginia Public Radio’s Inside Appalachia.)

This was a foundational moment in labor history, West Virginia history, energy industry history, and I’d argue American history as a whole. That’s why the battlefield was added to the National Register of Historic Places in 2009, and per West Virginia law, getting listed on the Register effectively banned surface mining on Blair Mountain.

Coal companies did not like this. And they, just like their antecedents a hundred years ago, played dirty in their thirst for coal profits. Historian Chuck Keeney details how they falsified records and intimidation to get Blair Mountain delisted from the Register. And due to that delisting, coal companies like Arch Coal and Alpha Natural Resources have commenced operations to begin surface mining, irreparably damaging the historic battlefield by bulldozing and clear-cutting defensive entrenchments and earthworks.

Due to court challenges around Blair Mountain’s status on the Register, there is a public comment period that ends on Thursday, October 26. Please join us in commenting to the National Park Service at: blair_mt_comments@nps.gov

Getting Blair Mountain relisted, and shutting down surface mining on the mountain helps protect water. Coal and water don’t mix: the extraction of coal pollutes sensitive watersheds and the operation of coal-fired power plants is the number one source of toxic water pollution in the country. These adverse effects on our water are exacerbated now that the Stream Protection Rule, safeguarding water in coal mining communities, has been repealed by Congress and the President, and the Toxic Water Rule, limiting water pollution from coal-fired power plants, is in jeopardy.

Here are some sample comments you can use, but please personalize to discuss why memorializing this piece of history and protecting Blair Mountain from surface mining is important to you.

I am writing to request that Blair Mountain be placed back on the National Register of Historic Places, for the following reasons: