Last week, regulators approved the expanded use of oil wastewater for irrigation of crops in Kern County.

The Central Valley Regional Water Quality Control Board (Regional Board), unanimously approved a Waste Discharge Requirement (WDR) permit for California Resources Corporation (CRC) to sell 21,200 acre feet (6.9 million gallons) of oil and gas wastewater from the Kern Front Oil Field to the North Kern Water Storage District annually. The produced water will be distributed to farmers for irrigation and used for groundwater recharge, despite significant questions about the safety of this practice, and lack of any established protocols for monitoring or treatment. The Regional Board acted without adequate information and the permit approval did not follow appropriate process, leaving serious questions about the safety of this practice unanswered. 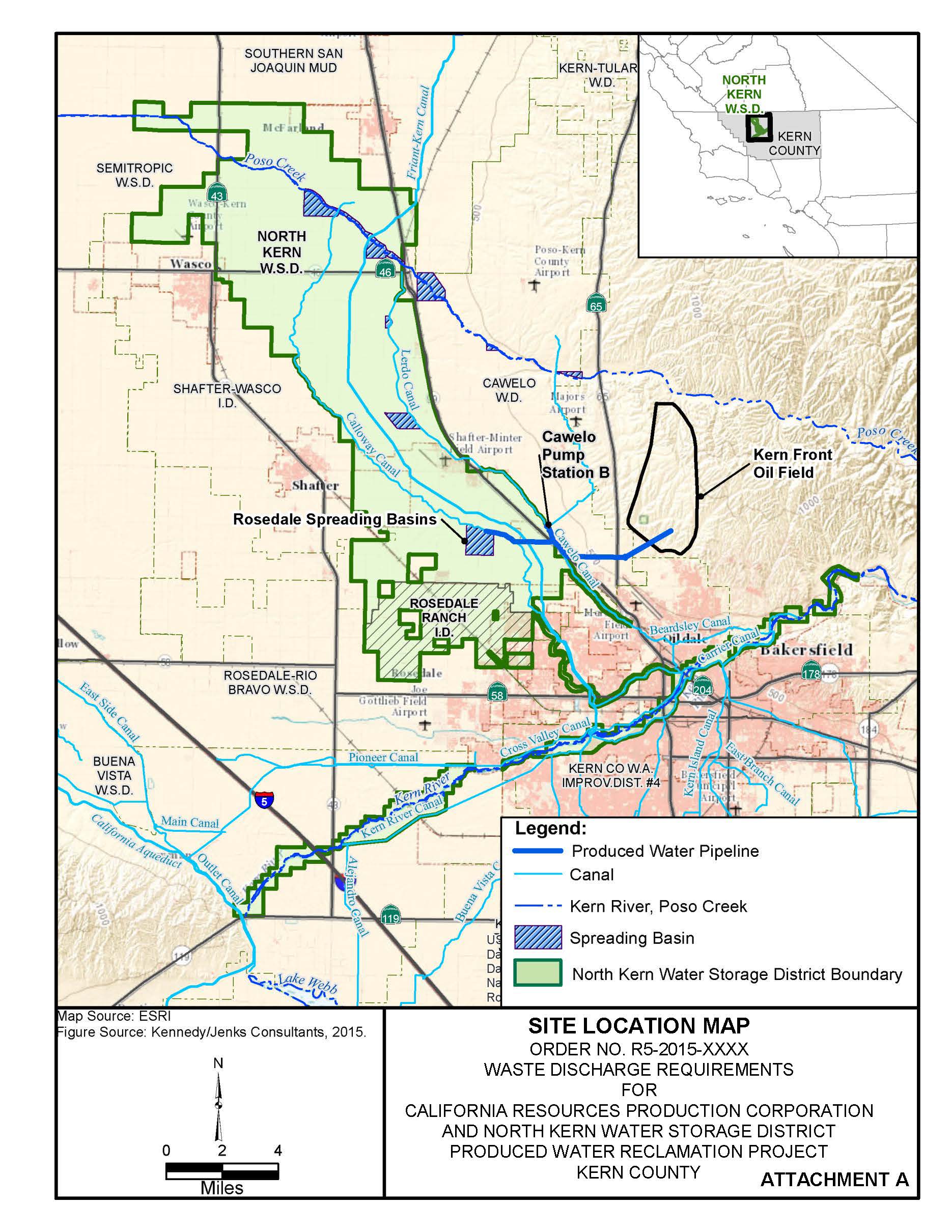 The clearest inadequacy of this permit is the safety of using produced water for irrigation has never been scientifically vetted. A review of the literature on this topic turns up a dearth of information. There are open questions about whether oil and gas associated chemicals could bioaccumulate in crops and threaten food safety, as well as the long term impacts on groundwater from irrigation or groundwater recharge with produced water. The risks have not been assessed and the appropriate monitoring and reporting requirements may not be in place.

The Pacific Institute, in a paper published this month, recommends that "Scientists should conduct a study to determine what level, if any, of chemicals in oil-field wastes is safe for farmworkers, animals, and consumers,". The paper notes the absence of statewide standards for ensuring safety of the practice and advises that,  "Regional water boards should not issue new permits for the reuse of oil-field wastewater for irrigation until the risks have been comprehensively assessed and appropriate monitoring and reporting requirements put in place."

The Regional Board is also ignoring its own measures to ensure safety of this practice. In summer 2015, after the issue of  irrigation with produced water gained public attention, Board staff convened a technical advisory committee to examine the issue. The advisory committee has not yet had a single public meeting and has not yet made any recommendations as to how the Regional Board should proceed. Why would the Board not wait for this body to make recommendations about whether, and under what conditions, irrigation with produced water makes sense prior to issuing more permits? For the Board to have credibility and public trust on this issue it must at least utilize the experts that it has convened.

It is unclear whether the Regional Board even has the basic information needed to effectively regulate this practice, such as what chemicals may be present the wastewater. In July, the California Council on Science and Technology (CCST) published the first ever state-sanctioned research on well stimulation in California. The study showed the use of hazardous chemicals in oil production activities is common, unchecked and poorly understood. "[K]nowledge of the hazards and risks associated with all the chemicals remains incomplete for almost two-thirds of the chemicals" used in well stimulation in California. (CCST Summary Report p. 34)

Although CRC does not currently stimulate wells in the Kern Front Oil Field, there may still be numerous chemicals routinely in use there. Oil and gas producers use hundreds of different chemicals, whether for hydraulic fracturing, enhanced oil recovery operations such as steam injection, or routine well maintenance. A 2014 paper commissioned by the State Water Resources Control Board from USGS identified that the major categories of well stimulation chemicals have also been used in enhanced oil recovery operations, such as those that occur in Kern Front.

Unfortunately, current disclosure laws in California do not require operators reveal every chemical to regulators and the public, a major reporting gap. This information is crucial for effective oversight of water quality and evaluation of food safety risks. CRC claimed in testimony that they have disclosed their chemical use to the Regional Board, yet our request for this information to be made public from Board staff has not yet been fulfilled. If the full suite of chemicals (and their volumes) used in the Kern Front field is unknown (as it currently is to the public), then designing the proper treatment and monitoring is impossible. While the permit includes a Monitoring and Reporting Program with a number of specific monitoring protocols, at this point, the public lacks the information needed to verify that it includes the appropriate levels, frequency and types of monitoring.

In another troubling example of failed process, CRC has ALREADY been selling wastewater to the North Kern Water Storage District for irrigation without a permit for months. State law (Water Code Section 13264) allows for waste discharge to occur prior to receiving a permit, as long the discharger submits a complete Report of Waste Discharge (ROWD) and waits 140 days. In this case, CRC began selling produced water for irrigation in early September.

While the Board had the authority to step in and stop the discharge within 140 days of receiving the ROWD, it did not. The Board also had the authority to deny the permit application, or at least delay issuing it until more information was known, but did not. Allowing the project to move forward at each step makes corrective action down the road more difficult.  As we have seen with the Board's failure to shut down polluting unlined disposal pits, even with clear evidence of harm, building the case to reverse course and stop an existing project is much harder than stopping the pollution before it starts.

Kern County is home to the vast majority of California's oil production, major agricultural activity, and severely depleted aquifers. Farmers are looking for drought resistant sources of irrigation water. The oil industry produces a huge wastestream that it struggles to safely dispose of so there will be increasing pressure to develop produced water for irrigation projects. This permit surely will be followed by additional proposals, so it is crucial that regulators do a better job of ensuring that it's done safely if they are going to allow it at all. The risks of contaminating California's $43 billion agriculture industry and the safety of America's food supply are too great to make mistakes. A more protective approach is needed.