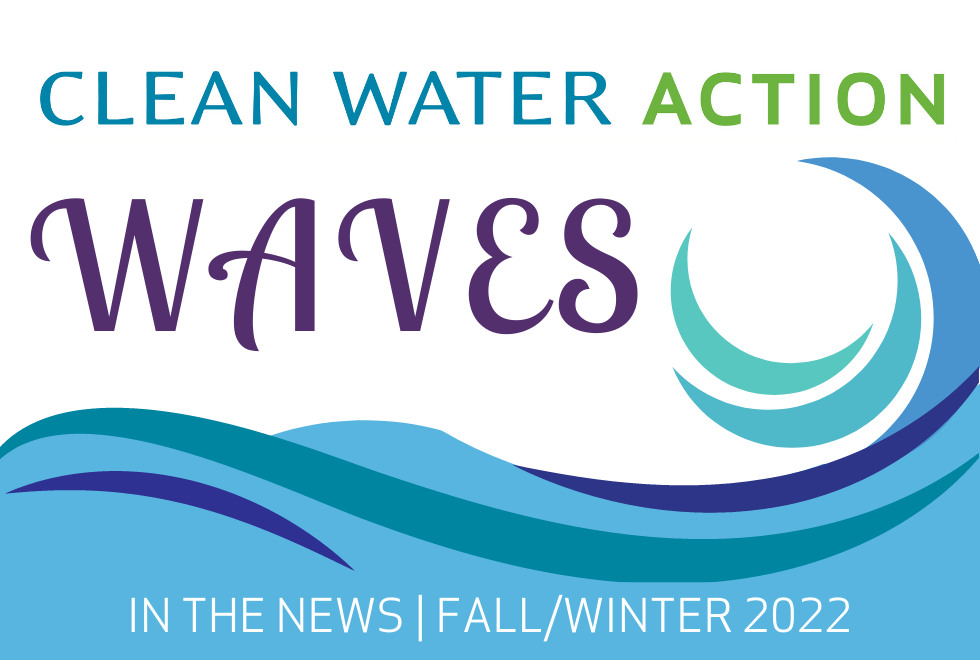 Our work to protect clean water across the country often makes the news. Clean Water Waves highlights recent articles featuring our staff speaking on their areas of activism and expertise.

America's Blueprint for Urban Inequality was Drawn in Philly. Where Do We Go From Here?

The solution, according to Sampson, is greener infrastructure for all with storm-water infrastructure prioritized in low-lying and historically disinvested neighborhoods like Haddington, Kingsessing, and Tioga.

Neighbors would see more gardens crop up adjacent to city sidewalks, where grasses and trees would absorb storm-water runoff and slow its flow into rivers.

A spokesperson for the city Water Department said Philadelphia is making progress toward that vision through the department’s “Green City, Clean Waters” plan. The federally mandated intervention “was designed with equity at its core,” a spokesperson said.

Sampson meets regularly with the department and commended its work. Still, he said, more work needs to be done.

“If you look at this issue from 3,000 feet, what you’re essentially saying is that living in a green, healthy area is a privilege,” Sampson said. He dreams of the day when it’s a universal right.

The $144 million in infrastructure funding will be allocated through Maryland’s Clean Water and Drinking Water State Revolving Funds, which are loan programs between the federal government and the states that provide grants and low-interest loans to local governments for community infrastructure projects, such as improving wastewater treatment facilities.

“The interest provided by these loans help fund the program in subsequent years—creating a ‘revolving’ fund which allows each state’s program to grow independently,” said Sean Jackson, national water campaigns coordinator for Clean Water Action, an environmental nonprofit. While the EPA provides guidance and some rules that each state must follow, the states have a great deal of leeway in how they administer and allocate their SRF funds, he added.

“A more tragic story of the poisoning of a community would be hard to find,” said Janet Tauro, chairperson of Clean Water Action NJ, who lives not far from the site. “The damage done can never be wholly undone. Nothing will bring back the children who died or alleviate the pain endured by those stricken with cancer, their families and the community. But we must do better.”

Is California doing enough to address ‘the climate change of chemicals’?

A longtime water policy expert, she knows all too well that the much-needed rainwater replenishing the Bay Area’s parched soils and reservoirs is also flushing a collision of chemicals and pollutants into storm drains and, ultimately, out to the bay.

“To know how polluted that bay is — it’s so sad because it’s such a jewel in our community,” she said.

But Ventura is especially concerned about one class of chemicals in particular: PFAS, or per- and polyfluoroalkyl substances. Often referred to as “forever chemicals” because their carbon-fluorine bonds make them nearly indestructible, PFAS are excellent at repelling water and oils. Now, these man-made compounds are everywhere.

Since the 1940s, PFAS have been used in everything from non-stick pans and fast-food packaging to clothing, beauty products and even dental floss. But their ubiquity means they’ve also found their way into our air, soils, food, waterways — and even our bloodstreams, posing health and environmental concerns not yet fully understood.

“PFAS are the climate change of chemical problems,” said Ventura. “Like climate change, they’re here; they’re not going away. We’re going to have to adapt our technologies and address these chemicals in a way that we haven’t done in the past. And also — we have to stop it from getting worse.”

A win for environmental groups in state attorney general races

Attorney generals play an important role in litigation over environmental policy and regulations, climate and enforcement of state environmental laws.

In Michigan, for example, incumbent Dana Nessel has filed lawsuits against Enbridge Energy to shut down the Line 5 pipeline which carries oil under the Straits of Mackinac. Her office has also sued companies responsible for alleged PFAs contamination.

Many of the winning candidates were endorsed by environmental advocacy groups.

For example, Nessel and Keith Ellison in Minnesota were both endorsed by Clean Water Action.