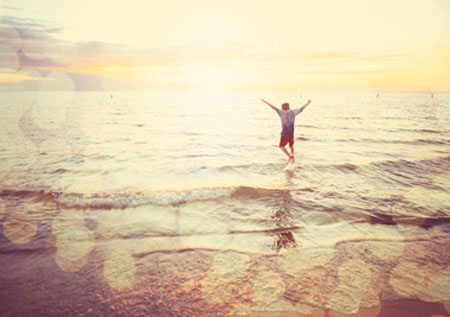 “Never doubt that a small group of thoughtful, committed, citizens can change the world. Indeed, it is the only thing that ever has.” ― Margaret Mead

We're only 12 days into the New Year, and we've celebrated some major victories for our health and environment. It's all because Clean Water Action members like you took the time to take action! Whether you called, emailed, or wrote to your legislators, you helped us accomplish the following:

The NJ Highlands is the source of half the state's drinking water, yet the Christie Administration proposed a rule which would have weakened the NJ Highlands Act and allowed for more development near water supplies. We succeeded in blocking his efforts - both the NJ Senate and Assembly passed resolutions that say NO to the bad NJDEP Highlands septic density rule.

Thanks to an outpouring of opposition, PSE&G will not be getting a $3 billion ratepayer subsidy to operate their nuclear plants. The nuclear bailout would have added on average $40 per month to every residential customer’s bill and thousands more for large users. We want to thank then Assembly Speaker Prieto for courageously holding the bill and not allowing a full floor vote to occur.

Cutting Down on Lead & Mercury Pollution

We helped pass a new “heavy metal” law, sponsored by Assemblyman McKeon, which bans mercury and lead wheel weights from use in New Jersey, thereby keeping them out of our air, water and wildlife. There is no reason to use harmful mercury and lead in wheel weights when viable, safe and cost effective alternatives are readily available and utilized around the world. A similar bill to ban automobile mercury switches and relays also passed. It’s now on the Governor's desk.

Working in coalition, we helped get good clean car, solar and other renewable bills passed in the final days of the session! Our goal is to accelerate NJ's transition to a safe, clean energy economy through aggressive but attainable goals: 30% increase in efficiency by 2030 and 100% clean, renewable energy sources by 2050.

The Trump Administration has announced a proposal to allow oil and gas drilling in nearly all U.S. coastal waters - including New Jersey. Join us in telling the Department of Interior that we won't stand for this reckless behavior! Oil drilling puts our Shore economy and environment at risk from costly oil spills that pollute our beaches, kill wildlife and harm our coastal and marine economies.

Thank you again for taking action and being a part of Clean Water Action's team - we can't win without your support.