Last year, the City Council directed the Baltimore City Department of Public Works (DPW) to conduct a study assessing the feasibility of expanding the ERP and SOS programs to include backups that occur in dry weather, not just wet weather. DPW released its feasibility study in November 2021, which recommended against program expansion. DPW will discuss its findings and recommendations at a City Council hearing called by Councilman Kristerfer Burnett in the Health, Environment, and Technology Committee on Wednesday, October 12th at 10am.

Ahead of that hearing, the two environmental groups released the report Expanding Baltimore City’s Sewage Backup Assistance Programs to provide background information on the issue of sewage backups in Baltimore City; describe the ERP and SOS programs and their shortcomings; summarize and analyze DPW’s feasibility study; and make six key recommendations for improving and expanding the ERP and SOS programs. The report highlights that while the ERP and SOS programs are important tools for residents who face the environmental injustice and health hazard of raw sewage in their homes, both are flawed due to strict qualification criteria, poor implementation, and inadequate advertising and outreach.

In the report, BWB and CWA show that both the ERP and SOS programs are extremely underused. In fiscal year 2021, only 17 cleanups were offered (11 were completed) through the SOS program and 39 ERP applications were processed (seven were approved), despite the fact that thousands of sewage backups occured. The groups argue that in addition to expanding the eligibility criteria, Baltimore City should improve the implementation of both programs through increased advertising, community outreach, and 311 operator training.

The report also challenged DPW’s proposal to replace the Expedited Reimbursement Program with the Sewage Onsite Support Program. “While we agree that the SOS program is on the whole a better solution than the ERP,” said Taylor Smith-Hams of Blue Water Baltimore, “the extremely low number of cleanups offered during the first eleven months of the SOS program demonstrate that the SOS program is not nearly as proactive as DPW maintains. Furthermore, if a resident is not offered cleanup through the SOS program, then they are forced to pay for cleanup on their own. For these incidents, there must still be an ERP so residents can recoup these costs in a timely manner.”

Recommendations in the report include:

“The report Blue Water Baltimore and Clean Water Action released today challenges DPW’s auspicious assessment of the ERP/SOS programs. The report is clear, we are calling on Baltimore City to do a better job marketing the programs and providing direct assistance to residents who bear the burden of our aging water infrastructure. DPW must utilize all available resources toward the expansion of these programs to cover dry-weather wastewater backup events,” said Councilman Kristerfer Burnett. 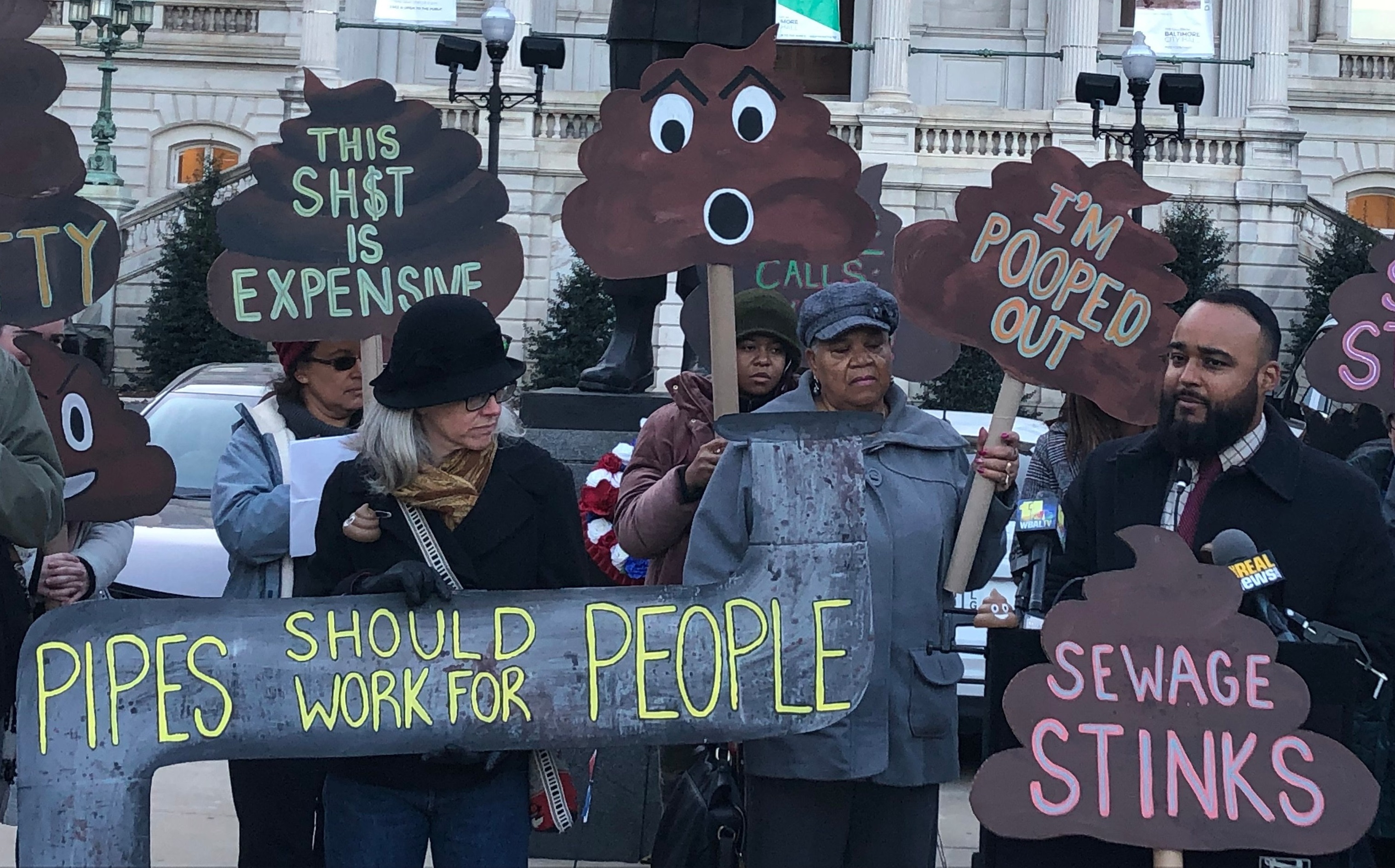