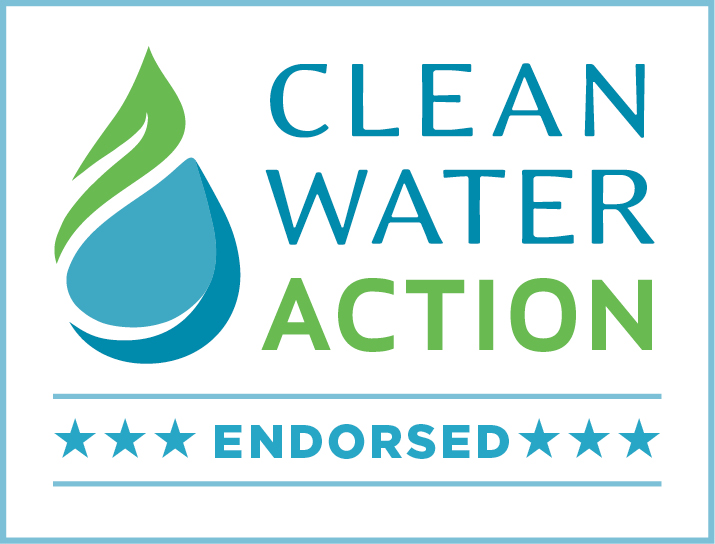 PROVIDENCE, RI – Clean Water Action announced their first round of early endorsements for the 2022 election cycle. All of these endorsees support Clean Water Action’s priorities including protecting residents from toxic chemicals, fighting plastic waste, and transitioning to a renewable energy future.

“2022 was a very good year at the RI State House, in part because of the hard work of our members but also due to the leadership of several environmental champions in the Assembly,” stated Jed Thorp, Clean Water Action’s Rhode Island State Director. “That’s why we endorse worthy candidates every election cycle; elections matter.”

Clean Water Action typically makes an initial round of endorsements of previously-endorsed incumbents. Additional endorsements will be announced later this summer.

For Congress in Rhode Island’s First District, Clean Water Action has, once again, endorsed Representative David Cicilline for re-election. He continues to be a leading environmental voice in Congress advocating for renewable energy, environmental justice, and coastal resiliency.

For the Rhode Island Senate:

For the Rhode Island House of Representatives:

Since our founding during the campaign to pass the landmark Clean Water Act in 1972, Clean Water Action has worked to win strong health and environmental protections by bringing issue expertise, solution-oriented thinking and people power to the table. www.cleanwater.org