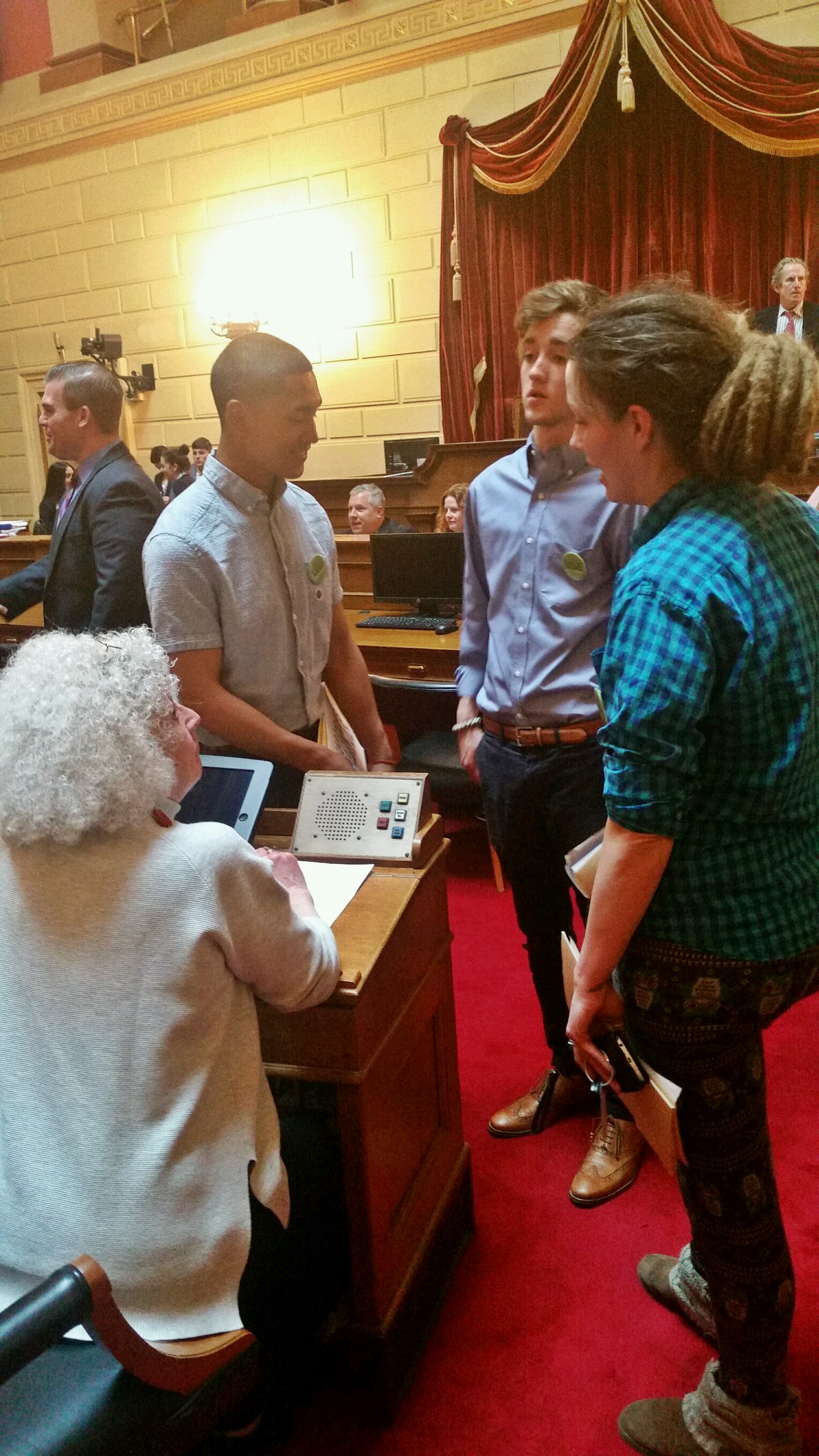 Direct Democracy at the Statehouse

I am a canvasser. For four months, I have been knocking on doors and talking to folks about environmental and public health issues with Clean Water Action. I recently graduated from Salve Regina University where I majored in biology with a focus on environmental sciences.

I always pictured myself doing research for an agricultural company or becoming some sort of laboratory technician, but I didn’t imagine I would be a community organizer for a nonprofit. I can honestly say I can’t imagine working for any other organization.

Recently our canvass took part in an event where we got the opportunity to talk directly to politicians at the statehouse. Lobby day is important for our office because community organizers like myself can have a real interaction with the politicians who vote on the bills we campaign on.

I was nervous when I walked into the statehouse. I was intimidated to meet elected officials; it felt like I was walking into a crowd of B-class celebrities! I heard the governor give a small speech about the progress Rhode Island has made environmentally and about the environmental policy agenda for the upcoming session.

Then it was time for me to talk to senators and representatives. I was nervous as I walked up to Senator Algiere, but I realized about a second into the conversation that this was just like talking to anybody else on their doorstep, except that he couldn’t close the door in my face!

I mentioned the toxic flame retardant ban our office was working on, explained why flame retardant chemicals are harmful, and personally handed letters to the senator from his constituents urging him to support the legislation. Although it was a quick interaction, I felt like I accomplished something by voicing my opinion directly to a legislator which is something I never thought I would do. Lobby day was a great experience, and I never would have known it existed if it wasn’t for Clean Water Action.

I love this job. Sure, it requires me to work sometimes in rain or snow, but it’s worth it to be outside and talk to people about issues that really matter to me. My favorite thing about working for Clean Water Action is the atmosphere in the office. The organization attracts all different types of people who care about the environment and are politically active. I can honestly say that my coworkers are some of my best friends because we share the same core values. We all want to make a difference politically, that is what we work on every day by talking to folks in Rhode Island about our issues.