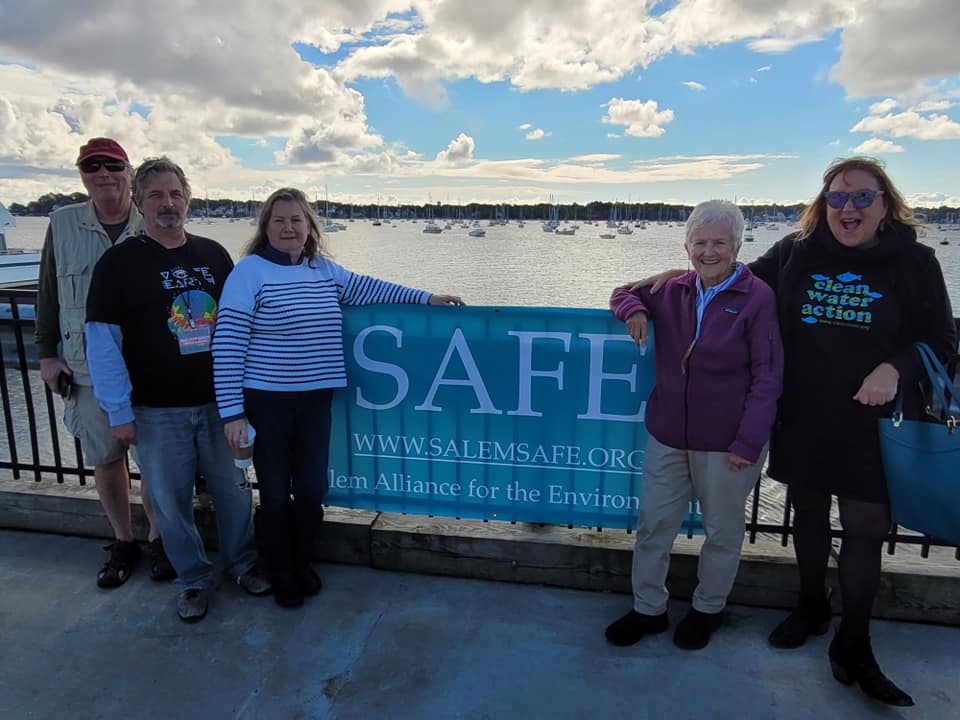 As we approach the end of another year, we at Clean Water are taking stock. There are so many systems in decline or in crisis, COVID continuing to wreak havoc and take far too many lives, the United Nations Secretary General describing the most recent climate report as a message of “code red” for humanity…but we do see clear progress and cause for hope as well, particularly in the momentum of offshore wind around New England. Clean Water Action is a member of New England for Offshore Wind, committed to “advancing a large-scale offshore wind industry as rapidly as responsible development will allow.”

We see hope in a smart transition away from coal-, oil- and ultimately gas-fired power generation. A little over two decades ago, I stood out in front of the Salem Harbor coal plant on a cold and windy December day announcing the launch of the “Filthy Five” campaign to clean up the state’s most polluting power plants, alongside amazing grassroots leaders and partners. The campaign was ultimately successful: pollution from these largest industrial smokestacks reduced over time and ultimately zeroed out as the outdated plants shut down, one by one.

Now we see offshore wind proposals moving forward in significant ways--thousands of megawatts with the capacity to power our economy without the harm to our health and climate from our 20th century energy systems. We are truly at a transformational moment, with offshore wind projects proposed in our state and region that can help us meet the commitment of our climate mandates. This past January, New York awarded contracts to wind developers totaling 2,490 megawatts – the largest projects to ever move forward in our nation. Months later, New Jersey surged ahead with even larger contracts. For perspective, the largest power plant in New England - by far - for decades was the 1,500 megawatt Brayton Point coal plant in Somerset, Massachusetts.

Of course, we have significant challenges ahead of us to bring the promise of this momentum home. But it was a big day this fall when Mayor Kim Driscoll and Salem’s entire legislative delegation announced that Salem would join New Bedford as a “world class” offshore wind port.  As Clean Water partner and friend Pat Gozemba, co-chair of Salem Alliance for the Environment said, “In looking at this site, that for so long hosted a polluting coal-and-oil power plant, followed by a gas plant, there is ironic justice knowing it will play a pivotal role in ushering in a clean power future.”

Along with the climate and health benefits, there is also tremendous potential to create jobs and economic prosperity. But we need to make sure that the jobs we create with these projects are high quality and create pathways out of poverty for local families. As we move out of a fossil fuel economy into a greener and more sustainable future, it is critical that we keep the promise of just and smart transitions through the process. We saw firsthand the support that was needed when the Eisenhower-era coal plants shut down – these offshore wind jobs can meet that promise if we press for economic and environmental justice values as a package deal. With your help, we can continue to charge forward together towards this healthier tomorrow.

So take some time with your loved ones, enjoy your holidays and replenish a bit of your hope over the last days of 2021. Then come back in the new year ready to fight with us for the clean energy future we all deserve!