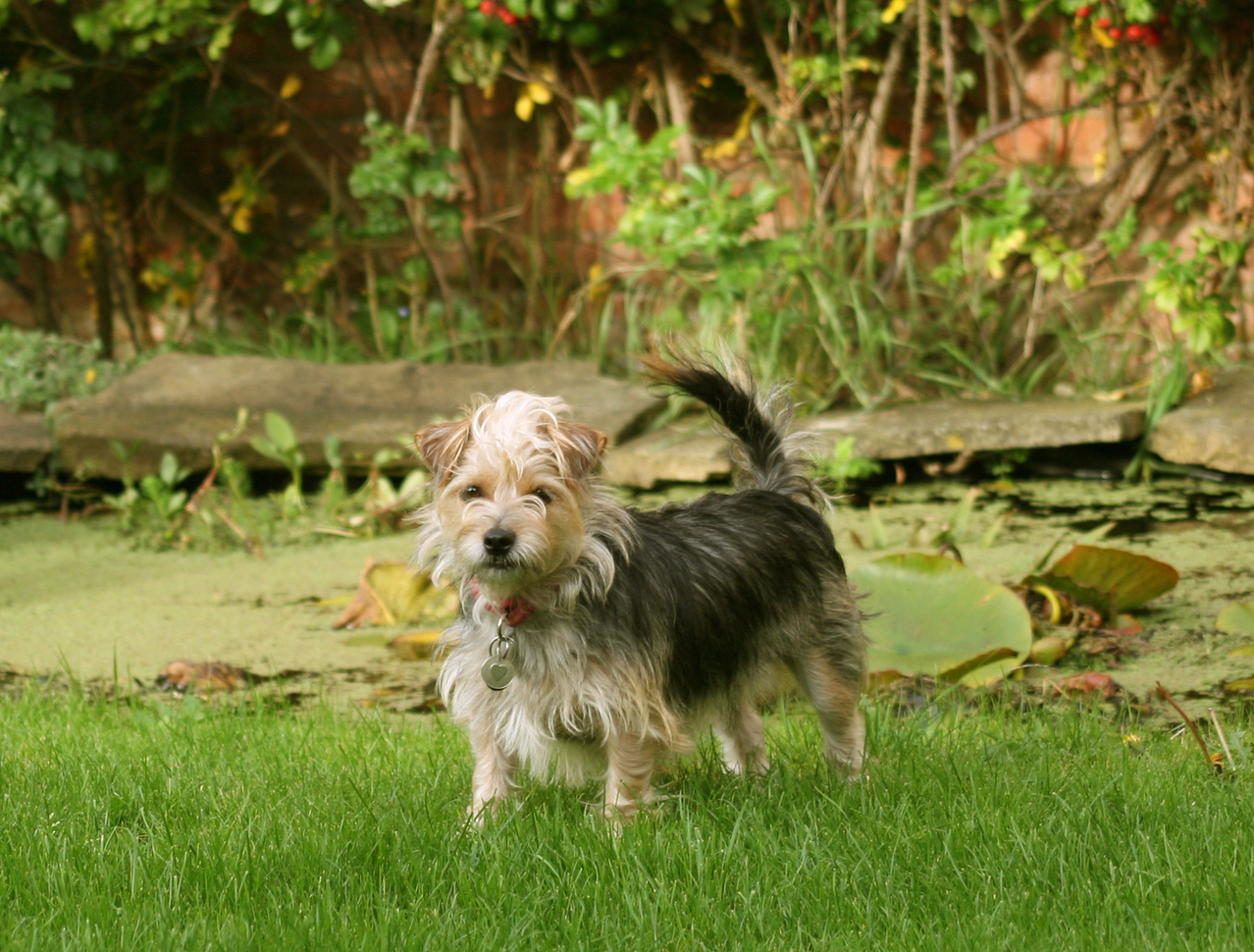 Who wants to send their pets and kids out to play in the yard, rolling in cancer causing chemicals? Nobody does, yet many of us think nothing of applying lawn care pesticides for that lush green look. It is once again early spring – when some homeowners start obsessing over their lawns and apply pounds of toxic chemicals in their quest for a lawn that looks like a lush green carpet. But what’s hiding underneath all that “perfect” green?

Unfortunately, the pesticide industry has convinced consumers that pesticides are safe, necessary for attractive and healthy lawns, easy and cheap to use, and harmless to people and pets. This leads people to think nothing of buying big bags of pesticides to use on their lawns and gardens or hiring others to apply pesticides. These large bags of lawn chemicals (typically “weed and feed”) are sold not just in home improvement stores and local hardware stores, but even in stores that sell groceries, such as Costco, which further sends a message that they are “safe and harmless”.

But all these assumptions sold by the chemical industry regarding pesticides are wrong: pesticides are not harmless and safe (they have to be registered with the U.S. Environmental Protection Agency (EPA) because they are dangerous), and using them has consequences on many levels. The EPA and NJ Department of Environmental Protection (NJDEP) do not allow claims of safety to be made for pesticides, which by nature are designed to kill living organisms.

Pesticides are now found in our air, water, soil, as drift from neighboring properties, particles in winds high above the earth, and in rain and fog . We get exposed to pesticides through inhalation, ingestion (in food, dust, and water) and absorption through the skin and eyes. Pesticides can be measured in our urine, blood, and breast milk. While it is impossible to totally avoid pesticide exposure, we can try to minimize it.

Nearly  80 million pounds of pesticides are used on U.S. lawns annually. One of the most popular weed killers (or herbicide) is 2,4-D (2,4-dichlorophenoxyacetic acid). It is commonly part of “weed and feed” products, but it is also known as one of the two pesticides used in Agent Orange. It is a carcinogen linked to certain cancers, especially non-Hodgkin’s lymphoma and soft tissue sarcomas. It disrupts hormone, thyroid, immune system and reproductive functions, and causes neurotoxicity (nervous system damage). The most widely applied pesticide in the world, glyphosate – commonly known as Roundup, is also a carcinogen. Despite its widespread usage, the Food and Drug Administration (FDA) just announced in February 2016 that they will “soon” start testing for its presence and actual levels in food for the first time in the agency’s history.

So what does this all mean? What can one do? 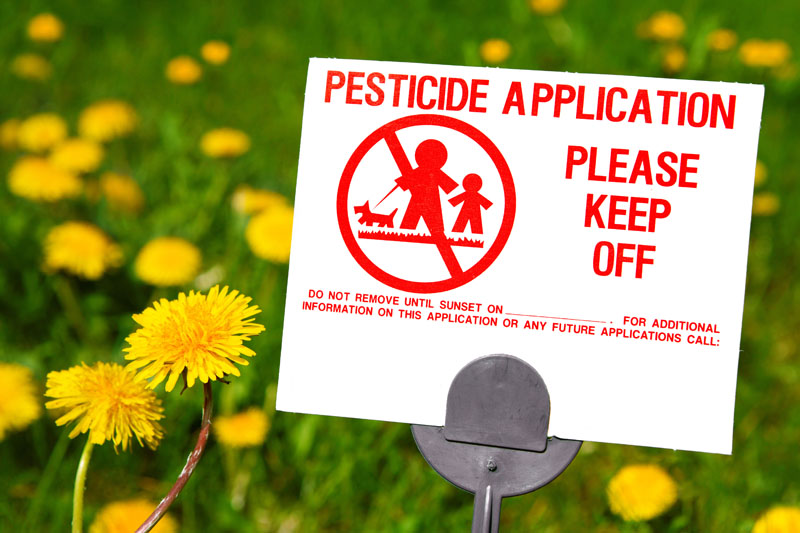 First of all, avoid pesticide use on lawns – they are actually not needed for a healthy, lush, attractive lawn. Instead, take an organic approach to lawn care or a least toxic approach where pesticides are avoided and diversity in what grows in your lawn is accepted as good.

Second, avoid lawns with flags marking pesticide applications and stay off treated lawns for at least a few days, ideally until after a rain or watering of the treated lawn.

Third, eat as many organic foods as you can afford – this way you are lowering your own pesticide ingestion and supporting farmers that are avoiding toxic pesticides. (NOTE: 2, 4-D and glyphosate (Roundup) are NOT organic pesticides.)

And last, tell stores that carry both foods and big bags of pesticides to stop. This is an unsafe practice and misleading to consumers. Typically, there is a strong chemical odor where bags of pesticides and “weed & feed” are stored. This means that customers are being exposed to these chemicals through inhalation. If some of the bags are leaking or break open, then it means contamination of the store floor, shopping carts, shoes, and other products in the store.

So take personal action today and learn more about Clean Water Action’s efforts to reduce pesticide use and pesticide contamination of our air, water, and soil. In doing so, we can better protect ourselves, our families, children, pets, and the environment. For more information and to get involved, call 732-963-9714 or email njcwa@cleanwater.org.