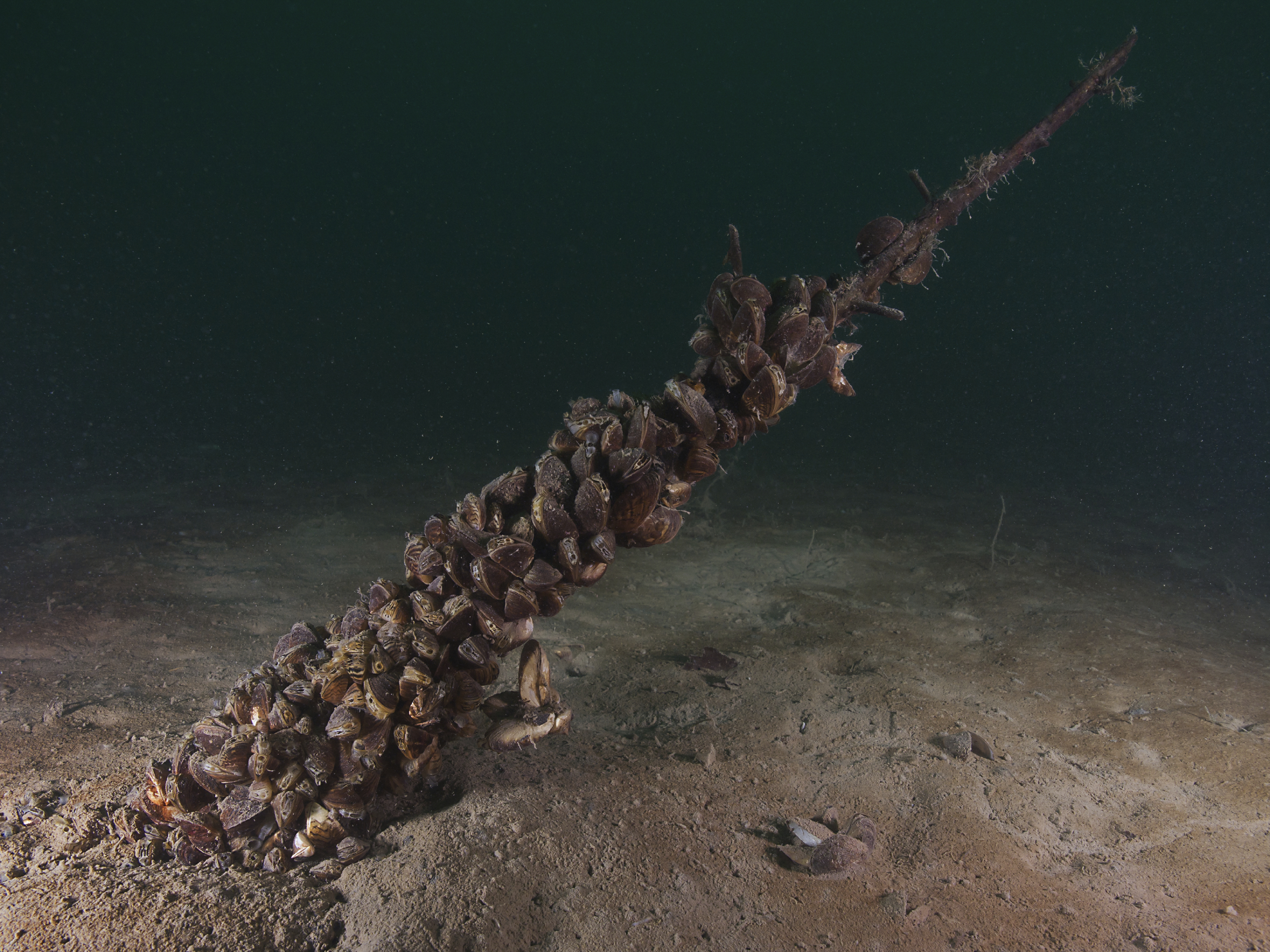 The Great Lakes are national treasures. They provide drinking water to more than 40 million people and contain 20% of the earth’s fresh surface water.  Unfortunately, the Great Lakes have been severely damaged by more than 180 invasive and non-native plant and animal species. Aquatic life like the round goby, sea lamprey, alewife, zebra & quagga mussels have limited or no predators so it is easy for them to reproduce and spread. Then they out-compete native species, short-circuit the food chain, and degrade native habitats. Non-native plants such as eurasian watermilfoil and purple loosestrife also harm the Great Lakes ecosystem.

It is extremely difficult to control the spread of an invasive species once it is established. Prevention is the most cost-effective approach to stopping these new invasive species before they have a chance to enter and become established in the Great Lakes.  Once in the lakes, however, we need to look for ways to control their spread through scientific research and educating people about how they can prevent the further spread of these species.

The damage caused by invasive species often goes beyond damage to habitats and native plants and animals. They can threaten human health and hurt the Great Lakes economy by harming critical industries like fisheries, agriculture, and tourism. These species also impact our already stressed water infrastructure.

One program that can protect our lakes is the Great Lakes Restoration Initiative (GLRI). Each year, Congress needs to approve and fund the GLRI.  In recent years it has maintained funding at $300M per year.  The GLRI Action Plan calls for the development of a “comprehensive program for detection and tracking newly identified invasive species in the Great Lakes and providing up-to-date critical information needed by decision makers for evaluating potential rapid response actions.” The GLRI is needed, and needs to be fully-funded, to ensure that this program as well as other federal and regional programs are fully funded to stop the threat of these invasive species.

Federal Programs to Prevent the Spread of Invasive Species Under Attack

Over the last eight years, federal investments to restore the Great Lakes have produced results—but serious threats remain. President Trump has proposed deep cuts to, andin some cases eliminating, these important programs.  For example, the last budget proposal included cuts to the GLRI by 90% from $300M to $30M.  The President has also proposed cutting thousands of U.S. Environmental Protection Agency (EPA) staff scientists and the agencies overall budget by nearly 25%. This would dramatically weaken EPA’s ability to administer the GLRI. Any cuts to federal funding now will only make projects more difficult and expensive the longer we wait.

Invasive (Asian) Carp are one of the biggest threats to the Great Lakes. These non-native fish pose a significant risk if they are allowed to become established.  Invasive Carp were introduced to the U.S. from Southeast Asia to the southern U.S. to help keep wastewater treatment facilities and aquaculture retention ponds clean. Flooding in these facilities led to accidental releases, and the fish escaped into the Mississippi River, migrating into the Missouri and Illinois rivers. The Illinois River is connected to Lake Michigan – this is now the stage for the biggest fights to keep these dangerous fish out of the Great Lakes.

Once in the lakes, Invasive Carp could cause serious damage to the native fish populations. In the lakes and rivers that they infest, the carp out-compete other fish for food and habitat. Carp root around on the bottom of the lakes and can stir up legacy pollution, nutrients or otherwise reduce clarity and water quality, which can kill off sensitive organisms like native freshwater mussels for example.

We must protect the Great Lakes. States and communities surrounding the lakes need the proper resource to protect the health of the Lakes so they can continue to provide drinking water for more than 40 million people.  Invasive species are a threat to the lakes we cannot ignore.

The longer it takes to address the invasive species in the Lakes, the bigger the problem will become and the more it will cost to fix the problem.

If you have any questions or want to get more involved in protecting our Great Lakes from the threat of invasive species, please don’t hesitate to contact our Minnesota Office.