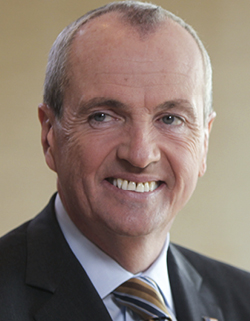 Phil Murphy, who governed and ran as an environmental champion, defied New Jersey history. As the first Democrat in over 40 years to win re-election, despite stunning legislative losses in New Jersey, Governor Murphy proved that fighting for climate action, environmental justice, and clean water is a winning strategy. “He governed boldly and campaigned on his environmental and climate agenda. And he won,” said Eric Benson, Clean Water Action NJ Campaign Director.

The fight doesn’t end here. The State Legislature and its leadership had a major election night shakeup. Now they are scrambling to create a new political power lineup as well as set priorities for the lame duck session. Contact your state legislators to tell them what pro-environmental bills YOU want to see passed before the term ends in January!

Time to Pass a Recycled Content Bill in New Jersey

For decades, the plastic pollution crisis has grown because it has been cheaper for manufacturers to use virgin plastics from newly extracted fossil fuels than to use recycled material. If Clean Water Action and allies can get S.2515/A.4676 over the finish line during the lame duck session, New Jersey will be one of only a handful of states to pass a recycled content bill requiring manufacturers to use post-consumer recycled materials.

It will establish a new standard for recycling across the entire Northeast, strengthen the market for recyclables, and keep new fossil fuel-derived plastics out of the waste stream. It already passed the NJ Senate and awaits action by the Assembly. Urge your Assembly members to make the recycled content bill a priority during lame duck!

What’s the Score on the New Jersey Legislature? 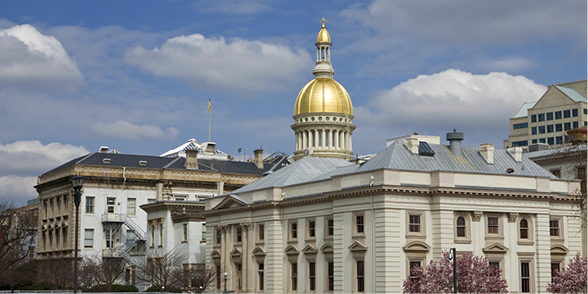 The New Jersey Legislature just closed its most productive session on  environmental issues in more than a decade. This is good because New Jersey is facing overlapping climate, health, democratic, racial and economic crises, according to the latest New Jersey Legislative scorecard, released by Clean Water Action in October 2021.

The scorecard documents action on the sixteen most significant environmental bills of the 2020-21 NJ Legislature, as well as the steps legislators must still take to protect residents’ health and tackle these crises. The scorecard found:

Visit the organization’s “NJ Action” page on a regular basis to find out about the latest calls to action.

To view the 2021 Scorecard, and see the list of 2021 environmental champions, please visit CleanWater.org/NJScorecard2021 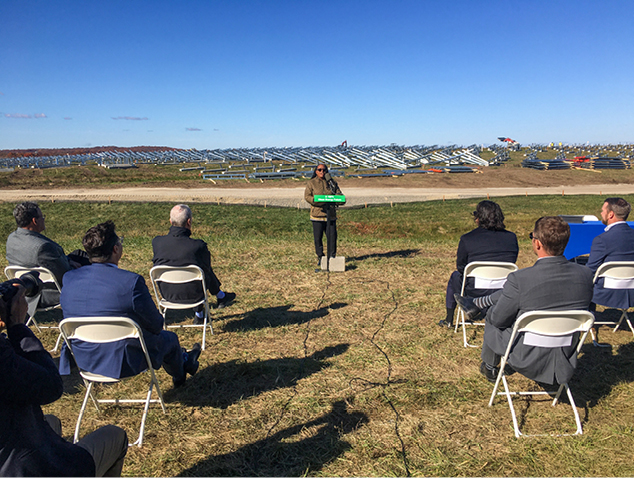 Let’s Not Turn the Garden State into the Warehouse State 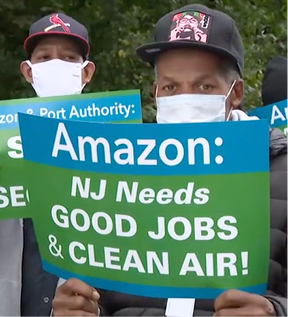 Urban, suburban and rural neighborhoods are being overwhelmed with warehouse proposals that are destroying  quality of life, harming health, and devouring open space.

While warehouses are proliferating everywhere, reducing pollution loads in low income and of color port communities should be a priority, not further concentrating goods movement and warehousing.

Port Newark and Elizabeth, largest on the East Coast, is served by 20,000 trucks on a daily basis transporting over a billion ton of goods and growing 7-8% annually. Port trucks are some of the oldest, dirtiest and travel the shortest distance (70 miles or less). They spew dirty diesel emissions into neighboring communities and are inhaled by truck drivers and workforce.

Diesel emissions, which contain the fine particulate known as black carbon, have been linked to asthma, cancer, heart disease, stroke and neurological disorders. “We are literally taking someone’s breath away in some cases forever, particularly the elderly, those with pre-existing health conditions, drivers, and children,” said Amy Goldsmith, NJ Director, Clean Water Action.

In some cases, warehouses should not be built at all, but when they are the community must have a say and binding agreement, including but not limited to:

While Amazon is not the only warehouse giant in the state, it recently became New Jersey’s biggest employer. Environmental, worker and safety concerns are rampant. Clean Water Action has been standing with its allies — Make the Road NJ, Teamsters, SEIU32BJ, South Ward Environmental Alliance and others — in protesting a secret deal between the Port Authority of NY&NJ (PANYNJ) and Amazon to operate a huge cargo facility at Newark Airport. If approved, the impacted port-adjacent communities want to ensure good jobs and clean air for their residents. View event held in Newark’s South Ward where the organization’s New Jersey State Director and Wynnie-Fred Victor Hinds, NJ Board Member and a local resident spoke.

If you are a local warehouse activist and want to join our newly forming statewide campaign, sign up and take our survey. 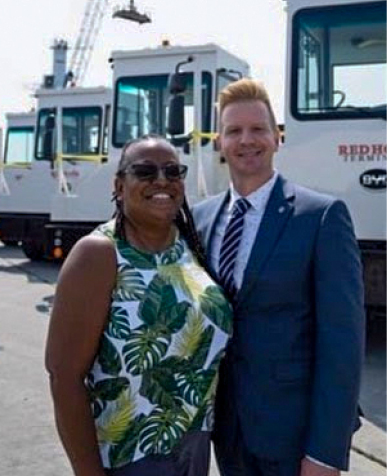 Green Jobs Council Gets into Gear

The tour also highlighted “positives” like Aero Farms and Down Bottom Farms, community-based regenerative projects as an alternative to the polluting industries that harm communities and invest little in them. The tour will inform the Council’s work in developing a “green economy” roadmap that creates quality jobs and opportunities for all New Jersey residents while reducing existing environmental and public health stressors in overburdened communities of color and low income neighborhoods. 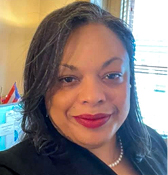 Thanks to the support of the William Penn Foundation, Aubrey Mollinedo has joined Clean Water Action as its new Water Justice Coordinator for the Trenton and Mercer County area encompassing the Assunpink Creek Watershed. Aubrey has over 20 years of Environmental Justice programming experience having served on the Essex County Environmental Commission, as the Township of Irvington’s “Keep Irvington Beautiful” Executive Director, Clean Communities Coordinator and Certified Recycling Professional. If you live in the Trenton area and want to get involved, contact Aubrey at amollinedo@cleanwater.org.

Looking for a paid field canvass internship in either our Long Branch or Montclair office? Work with Clean Water Action’s professional outreach team to engage communities in local, state, and national issues, educating the public, building support, and channeling that support into action. Apply here.