Sewage backups in homes have been increasing in frequency in Baltimore over the past two decades. However, the City has not addressed this problem as the health and environmental hazard that it is, leaving impacted residents with little support. Residents who have experienced sewage backups in their homes and environmental organizations have been sounding the alarm about the effects of sewage backups, pushing Baltimore City to take action to address this environmental injustice. As a result, the City has created two programs to support residents faced with raw sewage backing up in their homes: the Expedited Reimbursement Program (ERP) provides limited financial reimbursement, and the Sewage Onsite Support (SOS) program provides direct cleanup assistance through contractors.

While these programs are important steps, both are flawed due to strict qualification criteria and lack of public awareness about the programs. Backups considered “dry weather” events - in other words, caused by conditions like blockages in the pipe system - are not covered under these programs. Yet there are more dry weather backups than wet weather backups in Baltimore, creating a major problem for residents and leaving the majority of backups unsolved. In addition to these stringent eligibility requirements, the two programs are poorly advertised to the general public, leaving both extremely underused. In 2021, the City Council directed the Baltimore City Department of Public Works (DPW) to conduct a study assessing the feasibility of expanding these two programs to address some of these shortcomings. DPW released its feasibility study in October 2021 and recommended against program expansion.

This report provides background information about the issue of sewage backups in Baltimore City and the existing assistance programs, summarizes and analyzes DPW’s feasibility study, and makes recommendations for improving and expanding the support systems for residents facing this environmental hazard. It concludes that Baltimore City should maintain and improve both the ERP and SOS programs, expand these programs to include dry weather backups, and increase advertising and proactive implementation of these programs so that more residents can use these resources in the event of dangerous sewage backups in their homes. 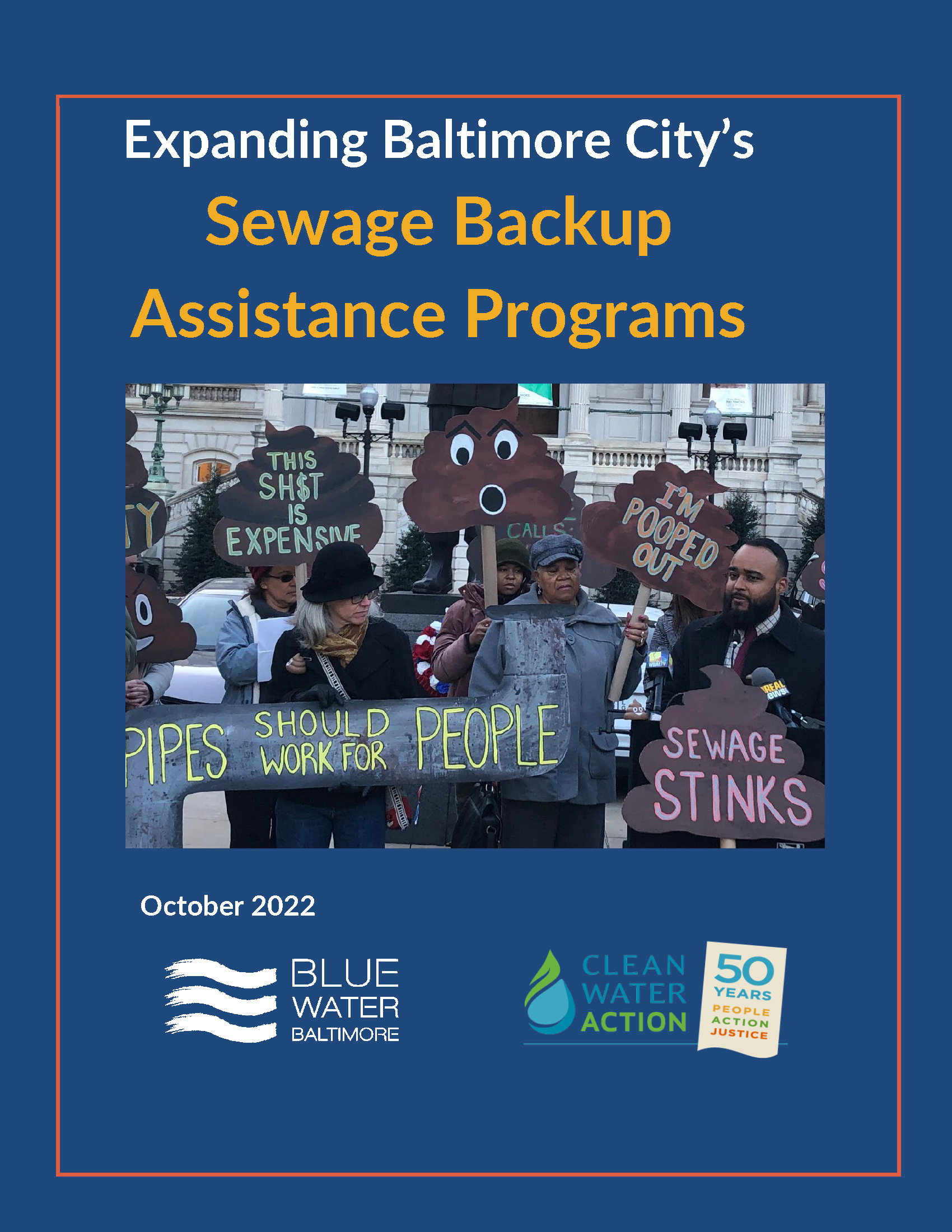 HB161 implements recommendations of the State Transparency and Accountability Reform Commission, a bipartisan commission convened in 2021 to review and investigate the operations and structures of quasi-governmental agencies in Maryland.