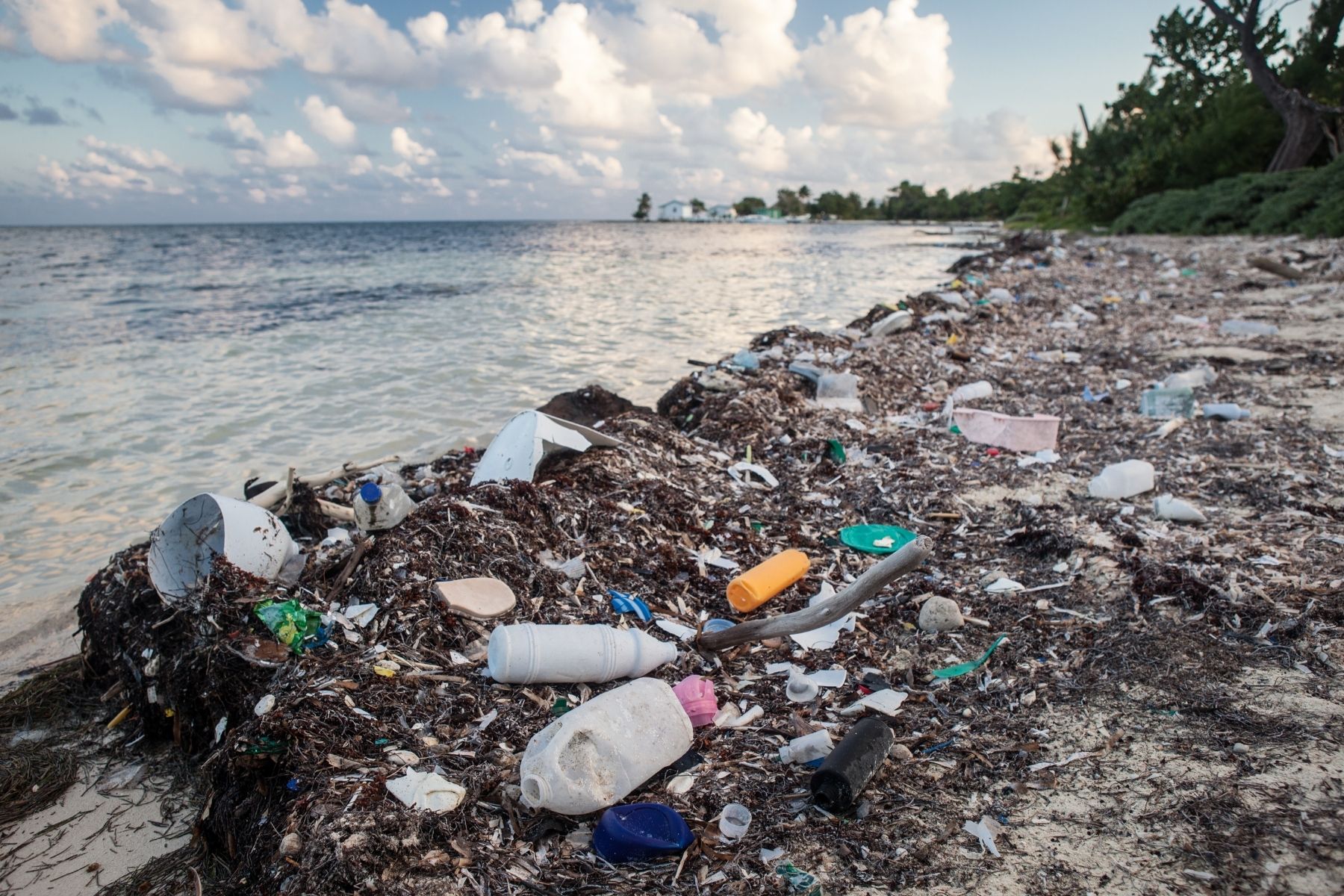 Food containers and packaging are the largest component of the municipal solid waste stream (80 million tons or 31.7 %).2 These items, together with plastic bags, also represent the largest component of marine debris (that is, barring items less than 5mm such as pre-production plastic pellets, fragments, and polystyrene pieces).3 Packaging and single use disposable products are not only ubiquitous in marine debris, they represent an unsustainable use of precious resources (oil, trees, energy sources, water).

The quantity of marine debris is increasing in oceans world-wide. Researchers at the Algalita Marine Research Foundation documented an increase in plastic debris in the Central Pacific Gyre five-fold between 1997 and 2007, where the baseline in 1997 showed plastic pieces outnumbered plankton on the ocean surface 6:1.4

Off Japan's coast, the quantity of pelagic plastic particles floating increased 10 fold in 10 years between the 1970s and 1980s, and then 10 fold every 2-3 years in the 1990s.5 In the Southern Ocean, plastic debris increased 100 times during the early 1990s.6 These increases in plastic debris occurred at the same time that worldwide production of plastic fibers quadrupled.

In the ocean, plastic debris injures and kills fish, seabirds and marine mammals. Marine plastic pollution has impacted at least 267 species worldwide, including 86% of all sea turtle species, 44% of all seabird species and 43% of all marine mammal species. The impacts include fatalities as a result of ingestion, starvation, suffocation, infection, drowning, and entanglement.7

In 2010, a California grey whale washed up dead on the shores of the Puget Sound. Autopsies indicated that its stomach contained a pair of pants and a golf ball, more than 20 plastic bags, small towels, duct tape and surgical gloves.

Seabirds that feed on the ocean surface are especially prone to ingesting plastic debris that floats. Adults feed these items to their chicks resulting in detrimental effects on chick growth and survival.8 One study found that approximately 98% of chicks sampled contained plastic and the quantity of plastic being ingested was increasing over time.9

Plastic debris is polluting the human food chain. In a 2008 Pacific Gyre voyage, Algalita researchers began finding that fish are ingesting plastic fragments and debris. Of the 672 fish caught during that voyage, 35% had ingested plastic pieces.

The plastics industry, through the leadership of the American Chemical Council (ACC), spends millions of dollars each year to convince policy makers and Californians that solutions to plastic pollution lie in anti-litter campaigns that attribute the responsibility for marine debris on individual behavior. Yet they have devoted little funding to public education and much more on promoting policies that support increased use of plastics.

While increased public education to prevent littering is important, proper management of litter fails to address the unsustainable consumption of resources involved in producing packaging and single use disposable goods.

Furthermore, as the amount of disposable packaging and products continues to increase, controlling litter through public education and cleanup of streets and waterways requires significant and sustained funding.

Preventing the generation of disposable products as much as possible reduces the amount of money needed for controlling and managing trash and litter. Prevention is both cost-effective and better for the environment.