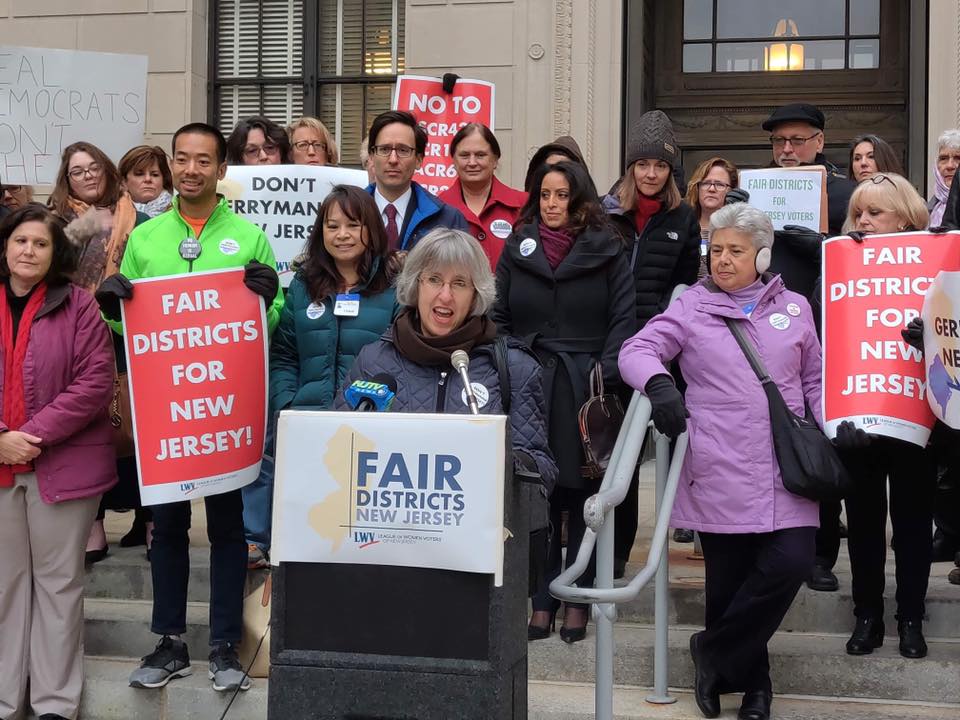 Clean Water Action is working in coalition with NJ League of Women Voters and Fair Districts NJ to demand a fair redistricting process and fair maps for New Jersey. We helped lead a tide of unanimous opposition against New Jersey's 2018 redistricting proprosal, successfuly stopping a measure that would have laid the foundation for the extreme gerrymandering of New Jersey's 40 legislative districts.

The measure, which had been fast-tracked through the Legislature, would have imposed Democrats’ advantage in statewide elections for president, U.S. Senate, and governor onto local legislative districts. Mapmakers in 2021 would have been forced to redraw the state’s 40 districts in a way that would have ensured no more than 15 of them leaned Republican. The redistricting amendment would have increased the role of lawmakers in the bipartisan commission that redraws the state’s legislative map every 10 years to account for changes in population reflected in the census. The proposal would have made redistricting more political, less transparent, and weakened protections for minority communities.

Many legislative leaders opposed the proposal across New Jersey and beyond, including Governor Phil Murphy, former US AG Eric Holder, Republican legislative leaders Tom Kean and Jon Bramnick, Democratic Senators Dick Codey, Nia Gill, Nick Sacco, Brian Stack, Loretta Weinberg, and so many more demonstrated leadership by speaking out about the problems in the plan.

Stand up against New Jersey's flawed redistricting proposals. Together, we can carve a path to redistricting reform before the 2020 Census - one that includes meaningful public engagement and cross-partisan cooperation between the NJ legislature and statewide advocates. Contact njcwa@cleanwater.org to get more involved.