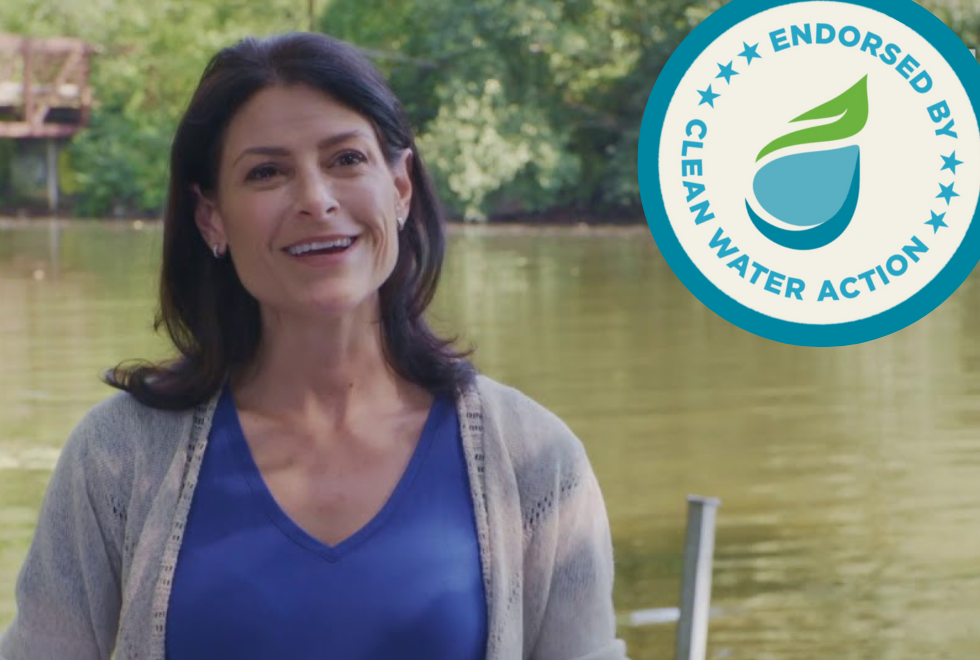 When Dana Nessel was sworn in as Michigan’s Attorney General in January of 2019, an era of overdue reform and renewed advocacy for the people of Michigan began. For years before, the Attorney General’s office had largely served to protect corporate interests at the expense of Michigan residents and the natural resources on which we all rely.

That began to change within her first month of taking office. AG Nessel pulled Michigan out of several major federal law suits. Notable among them were suits to weaken the Clean Water Act, and one suit (that Michigan, Texas, and a few other states were fighting at the urging of major oil companies) to weaken the Clean Power Plan and foil federal efforts aimed at combating climate change.

In the four years since, Nessel has made the AG’s office a stalwart defender of Michigan residents. The Department of Attorney General is an almost constant presence in Michigan Public Service Commission (MPSC) rate cases, which determine how much most utilities are allowed to raise rates. Attorney General Nessel’s advocacy in MPSC cases alone has directly saved Michigan ratepayers nearly $2 billion. In short, if you pay utility bills to an investor-owned utility like DTE or Consumers and live in Michigan, Nessel has already directly saved you money. During the entire 8 year tenure of Nessel’s predecessor, the Department of Attorney General did not oppose utility rate increases even once.

After major power outages that were partially caused by investor-owned utilities paying out shareholder profits instead of investing in their infrastructure, Nessel held listening tours in impacted communities. She listened to impacted community members and took action, working to hold those utilities accountable and ensure that Michigan residents are appropriately compensated when they lose power.

Nessel also has consistently worked to hold polluters accountable. She’s won millions of dollars for communities facing PFAS contamination, including a settlement with Wolverine Worldwide for $69.5 million to provide clean drinking water to over 1,000 households whose wells were contaminated by Wolverine Worldwide’s illegal dumping of PFAS chemicals. That’s 1,000 families who couldn’t drink the water from their taps until AG Nessel took up the case. The Environment, Natural Resources, and Agriculture Division of the AG’s office finally has a criminal division working again to protect our air, water, and public health.

While her work to protect consumers and the environment has been impressive, her defense of our democracy has perhaps been Nessel’s greatest contribution as the people’s lawyer. When right-wing extremists, led by Donald Trump and corrupt lawyers like Matt DePerno attempted to take away our votes and overturn the 2020 election, Nessel fought and won case after case to ensure that they failed. Criminal investigations into these attempts to overturn the 2020 election continue, but one thing is clear - we can’t replace AG Nessel with the most unethical and least competent AG candidate in state history.

The best predictor of future behavior is past behavior. DePerno’s past tells us everything we need to know about him.

Investigations into DePerno’s actions in the wake of the 2020 election are not the first time in his legal career that DePerno’s ethics have been seriously called into question. Rather, this is a continuing pattern of enriching himself at the expense of anyone unlucky enough to be caught in his wake. According to a 2006 filing from DePerno’s former law firm, he “committed fraud, deceit and dishonesty with regards to bogus billing, duplicate billing and write offs, in addition to other wrongful acts.”

In 2014, DePerno fleeced an elderly couple he was supposed to be representing. After a house fire in 2011, their insurance company offered $123,360. After three years of “representing them,” DePerno handed them a check for less than $110,000 and a legal bill for nearly $140,000. When they complained, DePerno allegedly assaulted the husband and told this elderly couple that if they didn’t pay immediately they would lose their home in a matter of weeks.

After that, DePerno represented disgraced State House Representative Todd Courser, who sued the Detroit News for its reporting of the sex scandal that led to Courser’s ouster from the legislature. When the case was dismissed, DePerno and Courser were both sanctioned.

Then in the wake of the 2020 election, DePerno led and worked on several failed lawsuits aimed at overturning election results, and allegedly managed to steal and “test” vote tabulators. The criminal investigation into this action continues, and DePerno getting disbarred and no longer being able to practice law is certainly not outside the realm of possible outcomes.

DePerno still does not accept the results of the 2020 election and he fully supports the violent insurrection of January 6, 2021. So far he has used the attention he’s getting from running for AG to voice dangerous conspiracy theories and further the deterioration of our democracy. He’s already made problematic comments concerning the results of the 2022 election, and if he loses, we should be prepared for him to again deny the results of a free and fair election.

On the campaign trail, DePerno promised to jail his political enemies. He has a history spanning his entire career of self-dealing and corruption. A person of such low moral character and lacking any semblance of integrity should never be trusted to protect the public’s interest.

Attorney General Dana Nessel is the people’s lawyer. Vote on or before November 8th to ensure that this critical office doesn’t pass to someone as phenomenally unqualified for the position as Matt DePerno. If you haven’t returned your absentee ballot yet, please drop them at your local clerk’s office or at a ballot dropbox provided by the clerk’s office. You can also vote in-person absentee or register and vote at your local clerk’s office before the election, or vote at your polling place on election day between 7 AM and 8 PM. Problems voting or questions? Call 1-866-OUR-VOTE.