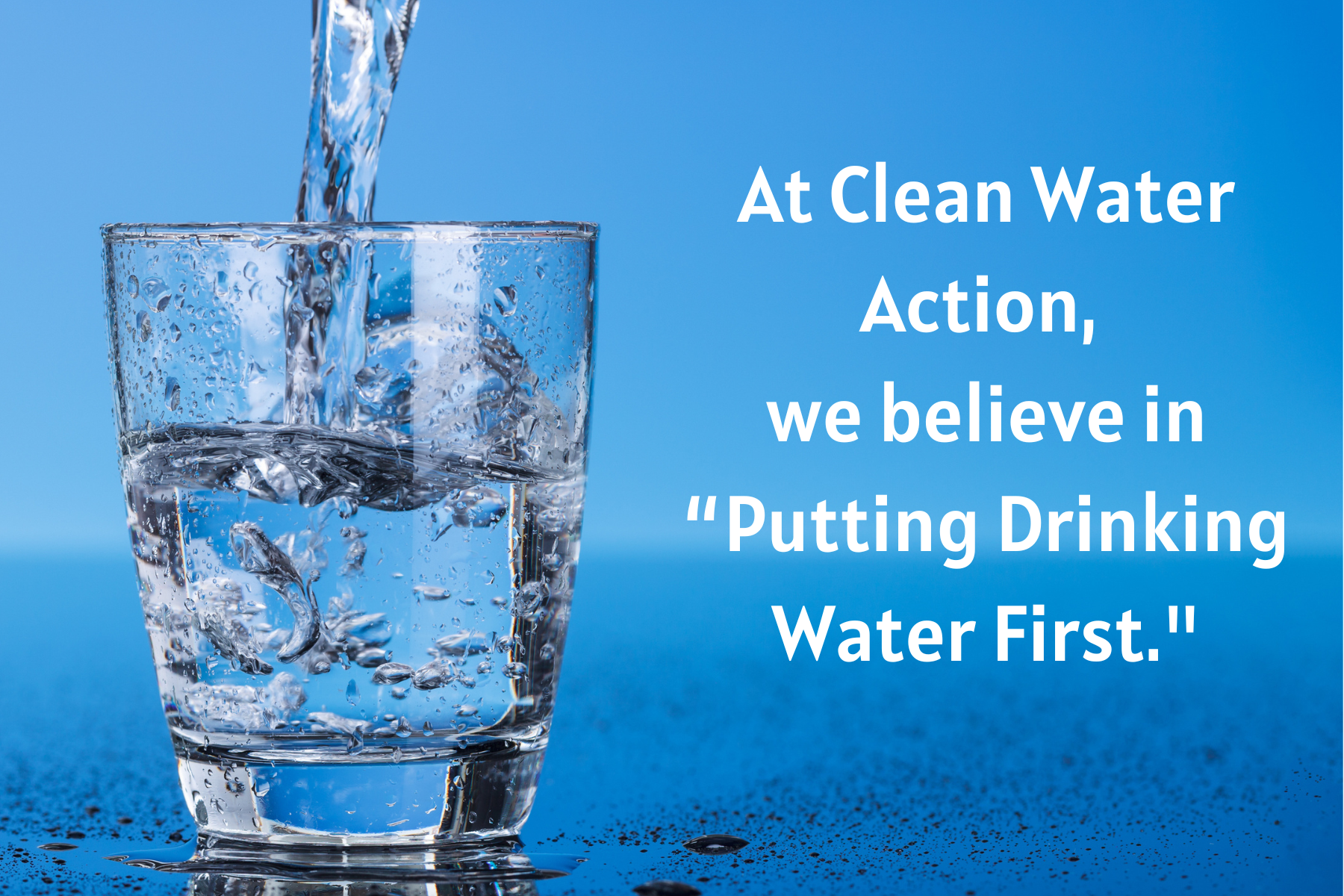 Most drinking water in the United States—approximately 2/3—comes from above ground sources such as rivers, lakes, and streams. These surface waters are extremely vulnerable to pollution from human activities. Polluted runoff from farms, stockyards, roads, as well as industrial discharges of pollution ranging from coal plants to chemical manufacturers, threaten our drinking water sources across the country.

At Clean Water Action, we believe in “Putting Drinking Water First,” which means preventing threats to drinking water where they start. One of our most powerful tools to protect drinking water sources is the Clean Water Act. For the past fifty years, the Act’s pollution control programs have reduced sources of contamination and other water quality threats.

Unfortunately, our 50-year old water quality law is under attack. Though this is nothing new—land developers, mining companies, and other industrial polluters have been trying to weaken the Act since its inception—this latest threat could rollback decades of progress.
Next Monday. October 3rd, the U.S. Supreme Court will hear oral arguments in Sackett v. Environmental Protection Agency, a case about a couple from Idaho who filled in a wetland they claim isn’t protected under the Clean Water Act. Should the court side with the Sacketts, it could make it much harder to use the Clean Water Act to protect drinking water sources.
What do wetlands have to do with drinking water?
When you think of a wetland, the first image that pops into your mind is probably a pond or a frog, not a glass of clean drinking water. Yet healthy wetlands are just as vital to us humans as they are to aquatic creatures like frogs. Water moves slowly through wetlands, making them excellent pollution sinks, including for nutrient pollution like nitrogen or phosphorus, which can contaminate drinking water systems. Healthy wetlands can reduce the amount of nutrient pollution in streams and other drinking water sources. Protecting these natural pollution sinks is a common sense way to protect drinking water sources.
All water is connected and must be protected!
Earlier this year, Clean Water Action joined over a hundred environmental groups to urge the U.S. Supreme Court to uphold longstanding clean water protections. When Congress passed the Clean Water Act  in 1972, it was with the clear goal of restoring and maintaining “the chemical, physical, and biological integrity of the Nation’s waters.” In plain language this means that all water is connected and must be protected. A ruling by the Court that finds the wetland on the Sackett’s property does not deserve federal protections would fly in the face of the purpose of the Clean Water Act. Instead, the Court should defer to the expertise of scientists at the Environmental Protection Agency that have determined, after consulting hundreds of peer reviewed papers and studies, that wetlands are vital to supporting water quality, especially drinking water sources.
Tags:
#ProtecttheSource #SourceWaterProtectionWeek #CleanWaterAction