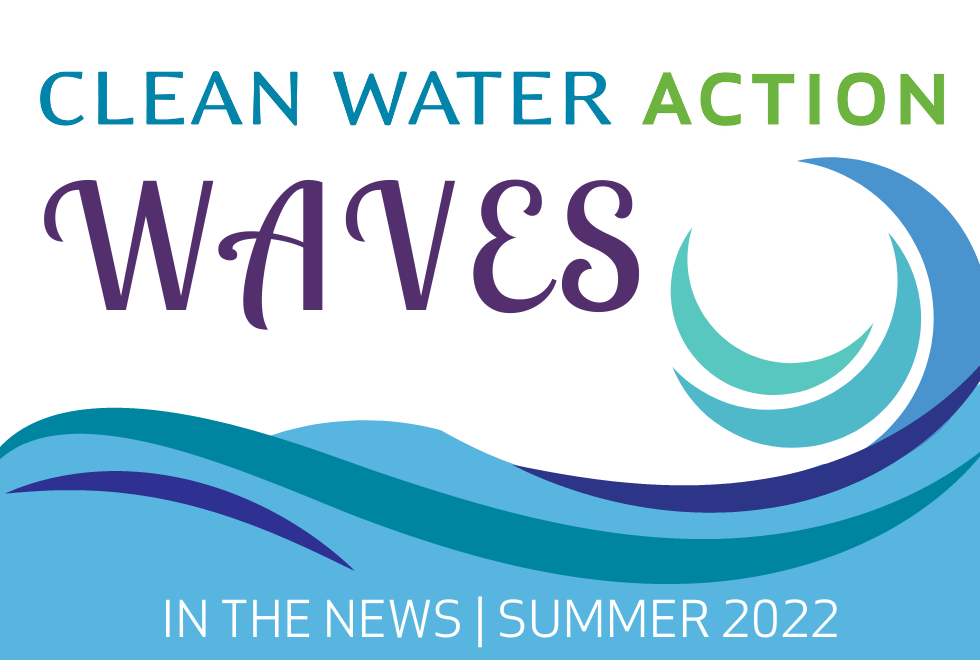 Our work to protect clean water across the country often makes the news. Clean Water Waves highlights recent articles featuring our staff speaking on their areas of activism and expertise.

Michigan once had among the strongest water protections in the nation. But Sean McBrearty of Clean Water Action, which helped organize the rally, said Michigan began to gut polluter pay laws in the 1990s, which has meant consequences for bad actors amount to a “slap on the wrist” and leaves taxpayers on the hook for cleanup.

“These companies don’t care about the health of the people that are exposed to these chemicals or the health of the river.If all you’re looking at is the financial bottom line, and it’s cheaper to pollute than it is to do things the right way, they’re going to keep polluting,” said McBrearty.

Read more about our work to pass polluter pay in Michigan

“It is not about just jobs,” said Kim Gaddy, national environmental justice director for Clean Water Action. “It is about health of the members of this community, and all frontline EJ communities in the state of New Jersey and in this nation.”

“This report highlights that there needs to be equity in (SGMA),” says Ngodoo Atume, a water policy analyst with the advocacy group Clean Water Action. The report analyzed 14 GSPs from basins located on the central coast of California and in the San Joaquin Valley, an agricultural powerhouse spanning 8 million acres that has sucked up so much water that land has been sinking and water quality continues to deteriorate.

The state has a nearly $100 billion surplus and Atume, with Clean Water Action, says prioritizing small farmers will help ensure the most vulnerable growers don’t get left behind. “It’s more than an income for them,” she says. ”It’s their family and their life.”