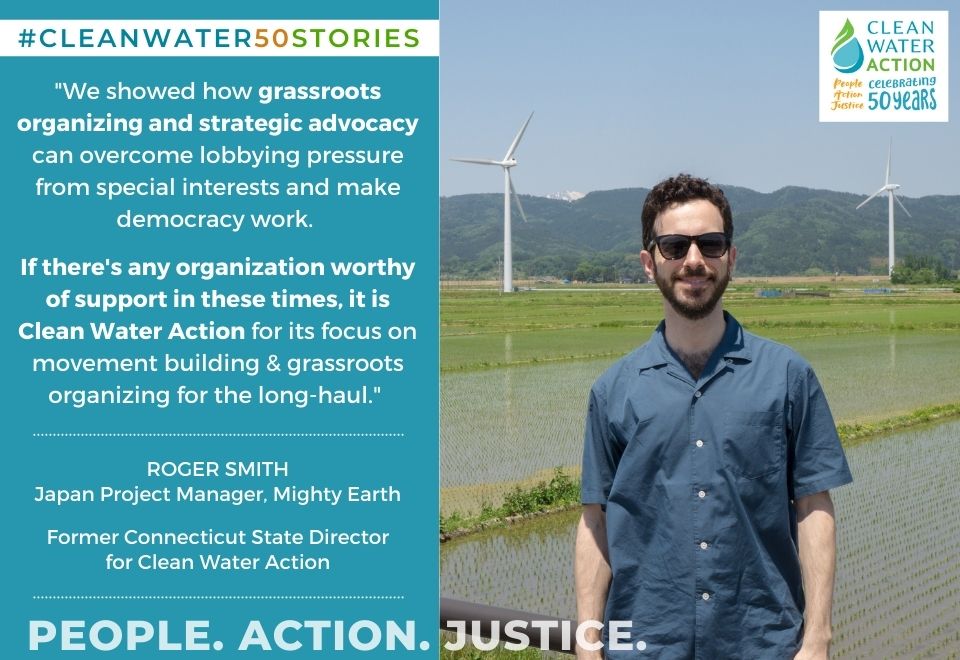 To celebrate Clean Water Action's 50th anniversary, we’re sharing our history and journey with the people who have joined us along the way as we worked to protect clean water through #CleanWater50 stories.

Roger Smith joined Clean Water Action's Connecticut team in 2003, shortly after our big win of the Sooty Six Campaign to shut down dirty power plants in the state. He played a pivotal role to further advocate for clean, renewable energy policy at the local level, leading the Neighbor to Neighbor Energy Challenge that helped municipal leaders and residents in fourteen towns with energy efficiency and clean energy projects. Under Roger's respected leadership, the Connecticut Energy Network, a large group of energy task force volunteers across the state, was formed to promote local clean energy initiatives and best practices. Though Roger left for Japan in 2011, this group continues to meet and advance energy efficiency and local renewable energy projects throughout the state.

I joined Clean Water Action's Connecticut office in August 2003 as an organizer working on global warming. It was a very exciting time to work on climate and energy policy as all action was at the state level in New England and California. We expanded a network of savvy citizen leaders from our successful campaign to clean up dirty power plants into a statewide force to demand strong climate and energy policies at the local, state and federal level. When we scored victories like the second climate law in the US in 2004 it was exciting to field calls from across the United States from people who wanted to learn from us. I also worked part-time for our national office around the 2007-2008 fight for federal climate legislation with the goal of helping translate successful precedents at the state level into federal policy.

In the decade between when I started and when I left in August 2014, we pioneered many innovative policies to bring renewable energy into the mainstream, help residents cut their energy bills by slashing their energy use at home, make power plants pay for their CO2 emissions while using the revenue to benefit the public, and creating a pilot program to help people benefit from solar who didn't live in a place suitable for solar. We weren't just running environmental campaigns but were ensuring the voice of ordinary people made it into the halls of power and that state energy programs actually worked for residents. We saw global warming as a public health issue and we fought for equity to address unfair burdens of pollution and fix uneven participation in the state's clean energy programs.

I moved to Japan in 2014 to help the region afflicted by the earthquake, tsunami and nuclear power disaster but Clean Water Action is never far from mind. It is extremely gratifying to know the work continues, many of the same volunteers are still active, and the state's ambitions on renewable energy are only getting stronger. These days I work on international campaigns to improve Japanese climate policies and to protect global forests and there are countless times my experiences in Connecticut gave me insights and precedents helpful to my current work. 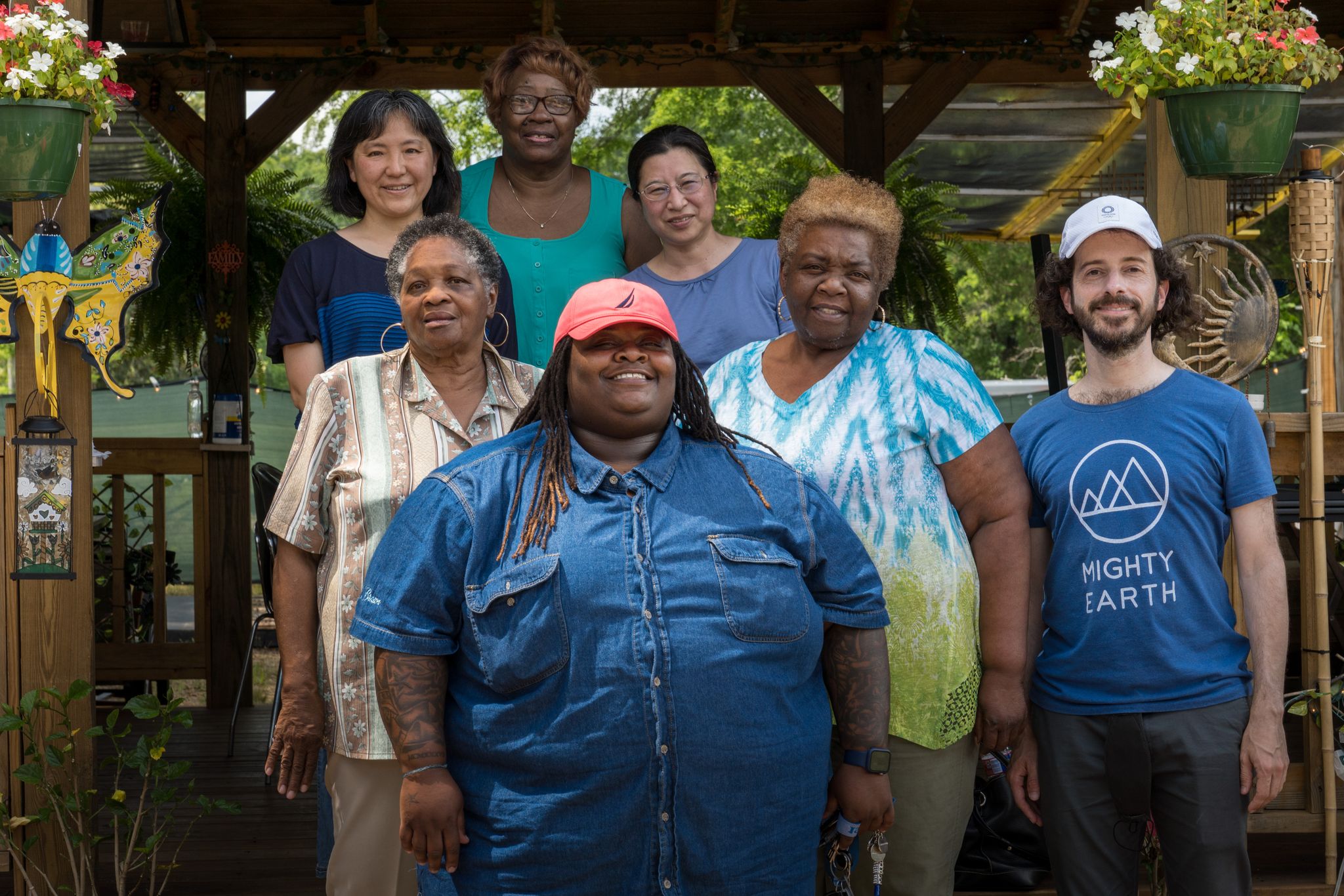 Image: Fighting for southern forests against the wood pellet industry with Dogwood Alliance and impacted residents. Photo by Roger Smith.

In my 11 years there were some ridiculous incidents, like a well-meaning state representative who got alarmed when our bill to reduce greenhouse gases was up for a vote due to the prevalence of actual greenhouses in his district [he ended up supporting it]; a do-nothing-on climate advocate with a national right-wing group who publicly admitted after grilling from our legislative allies about his funding that his opinion should be taken with a grain of salt; fun ones like rattling a company marketing a "green electricity" option that refused to even state what kinds of power it would be used by referring to it as "mystery meat" in a major newspaper article; and bold ones such as in the depths of an energy crisis in 2006 challenging the then-House speaker to his face in a hearing against creating an "affirmative action program for coal" [we prevailed and energy efficiency eliminated the need for new power plants]. In all these cases I felt I was there to advocate on the behalf of thousands of Clean Water Action members and the 100 diverse groups who were our allies and figure out how to get the outcome we needed.

What's Exciting for Clean Water Now & for the Future?

It is easy to become cynical about the state of American politics, but we showed how grassroots organizing and strategic advocacy can overcome lobbying pressure from special interests and make democracy work. If there's any organization worthy of support in these times it is Clean Water Action for its focus on movement building and grassroots organizing for the long-haul. As someone who managed our state budgets I can say how frugal we were and how much we accomplished with donations from our supporters. I wear my Clean Water Action t-shirts with pride and look forward to visiting my former colleagues the next time I'm in the United States.

Do you have a Clean Water story you'd like to tell? Click here. Make a special gift to support Clean Water Action's work now and for the next 50 years!