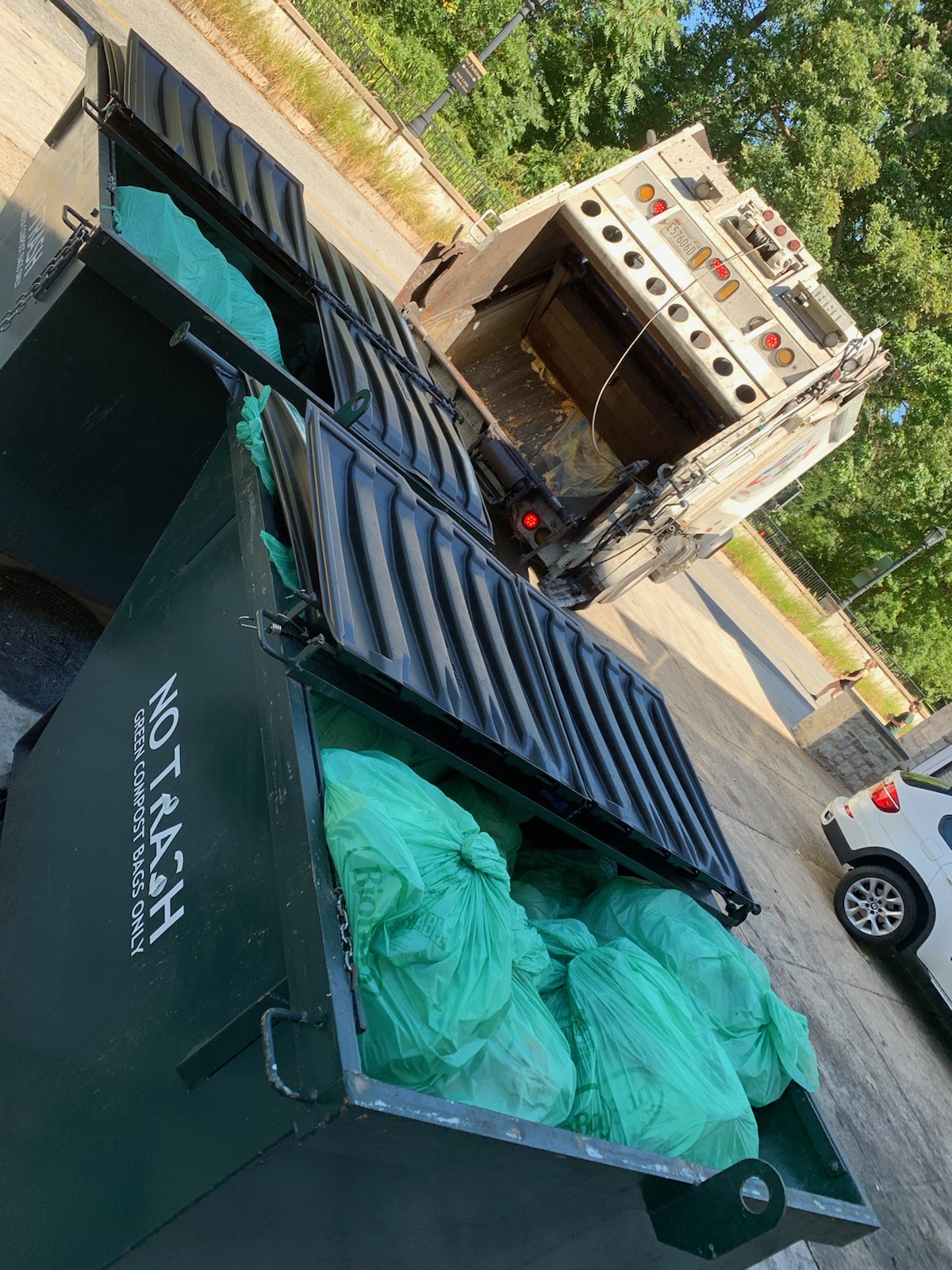 This morning, the Baltimore City Board of Estimates is holding a hearing on amendments to the City's 10-Year Solid Waste Management Plan - read the amendments for yourself here. Or for the highlights, read our testimony below!

Dear members of the Board of Estimates,

Clean Water Action is glad to have the opportunity to comment on the proposed amendments to Baltimore City’s 10-Year Solid Waste Management Plan. This Plan is important for outlining Baltimore City’s transition toward methods of reducing and handling our trash that are better for the environment and for public health.

We would like to see the Plan more aggressively move Baltimore City toward robust composting infrastructure as part of meeting our recycling mandate. The Plan notes that “A recent waste sort showed that approximately 32% of the City’s residential waste is organic. However, Baltimore does not have composting infrastructure to recycle these organics.” (page 84) Developing such infrastructure should be a top priority for the City to transition away from trash incineration and act on climate change.

Diverting food waste from landfills and incinerators is a critical piece of reducing greenhouse gas emissions and supporting local workforce development. Short of avoiding wasted food from the beginning, composting food waste is the best method of managing it, avoiding the greenhouse gas emissions that both incinerators and landfills produce and actually sequestering carbon in the soil to fight climate change. Composting is also a valuable way to create new jobs in the waste management sector. According to analysis by the Institute for Local Self-Reliance, composting creates many more jobs than the alternatives: processing 10,000 tons per year of materials via composting creates 4.1 FTE jobs, via landfilling creates 2.1 FTE jobs, and via incinerating creates 1.2 FTE jobs.

Many of our surrounding jurisdictions have already been moving forward with expanding compost capacity as a key component of their solid waste management strategy, with great success. Prince George’s County, for example, recently expanded its curbside compost collection program to cover all residents receiving County-contracted trash and recycling services. Maryland Environmental Service operates the County’s compost facility where these food scraps are composted, transformed into Leafgro Gold soil amendment. Howard County’s “Feed the Green Bin” curbside food scrap collection program has expanded several times since it began as a pilot program in 2010; as of February, 53% of households in the County are eligible to have their food scraps collected to be processed at the County’s compost facility at Alpha Ridge Landfill. Most recently, Frederick City began a curbside compost collection pilot program in partnership with Key City Compost, where the city will partner with the company to collect residents’ food scraps and have them composted at the company’s facility on a farm north of the city.

Baltimore City has many local examples of successful compost facilities and collection programs to look to as we develop our own. We encourage the Board of Estimates to work with the Department to pursue the development of a local compost facility with the aggressive timeline and commitment to working with environmental justice communities that the climate crisis demands.

We would also like to see the City and BCPS adopt policies to promote school composting alongside the school recycling policies discussed in this Plan (pages 103-111). School composting is a powerful tool to divert enormous amounts of food waste from the trash, and likewise has proven very successful in our neighboring jurisdictions. In Frederick County, a pilot program at Urbana Sugarloaf Elementary diverted 87% of their “trash” and then expanded to 23 Frederick County schools. In Montgomery County a student-led effort is building on the success from Frederick County and found that 86% of school waste could be recycled or composted. In Prince George’s County, the Laurel High School Green Club spearheaded the first school compost program for the county and found similar results in their own waste audit. This year, the Maryland General Assembly passed HB150/SB124, which creates a state grant program to support school composting, providing a valuable resource for city schools interested in starting or expanding similar programs. Food scrap diversion and composting should be considered as vital a part of city schools’ waste management as recycling, and would provide a sound foundation for community engagement and buy-in to composting overall.

We are happy to see that two problematic sections referring to the production of energy from trash as “renewable” have been deleted. These are:

“Similar in concept to the compost area, the City will seek to complete a feasibility study for a waste processing facility to sort and convert wastes into fuel as well as to increase the recycling effort. Approximately 100,000 tons of MSW is disposed at the landfill each year. Determining the proper techniques for sorting these materials and then processing them into a viable end use fuel would again save valuable landfill capacity, greatly increase the recycling rate, produce a renewable energy source, and add to the City’s revenue stream.” (page 82)

“Utilizing the Wheelabrator plant is in accord with the City’s sustainability goals because the facility generates renewable energy, providing a net carbon reduction and recovery of metals from the waste stream. Additionally, this new agreement allows for the City to purchase power beginning on July 1, 2011, at rates that will save $1.8M annually over the first five years of the contract. The combined aspects of reliable, cost-effective waste disposal and below market energy costs provide operational efficiencies and much needed revenue to the City.” (page 83)

We applaud the deletions of these sections from the Plan. Burning trash is not clean energy, and never should have been incorporated into Tier 1 of Maryland’s Renewable Portfolio Standard. Through this program, three incinerators receive subsidies from Maryland energy ratepayers that should be going to support truly renewable energy: the BRESCO trash incinerator in Baltimore, the Montgomery County incinerator at Dickerson, and an incinerator in Lorton, Virginia. (The Virginia facility actually receives 61.5% of Maryland’s RPS subsidies for incineration.) These incinerators cannot be considered renewable. Much of the thermal output and therefore electricity produced by incinerators comes from plastic waste, meaning they are ultimately burning fossil fuels. The process of incinerating trash creates an especially dangerous set of compounds called dioxins, declared by the World Health Organization as a known human carcinogen; dioxins are also linked to diseases of the immune system, endocrine system, nervous system, and reproductive system. Air pollutants from waste incinerators have also shown to increase the risk of pre-term births, and lung and blood cancers. In 2020, BRESCO emitted mercury, a powerful neurotoxin, at a per-unit-of-energy rate that was 37 times higher than that of the average fossil-fuel fired plant in Maryland.

In 2020, then-Delegate Mosby sponsored legislation to remove trash incineration from the Renewable Portfolio Standard so that the program’s subsidies can instead support new, truly renewable energy development. We are glad to see these amendments to the Plan delete references to trash incineration as renewable energy, and hope that future iterations of this state legislation will have the City’s support.

Thank you for your consideration of Baltimore City’s 10-Year Solid Waste Management Plan and the public’s comments.