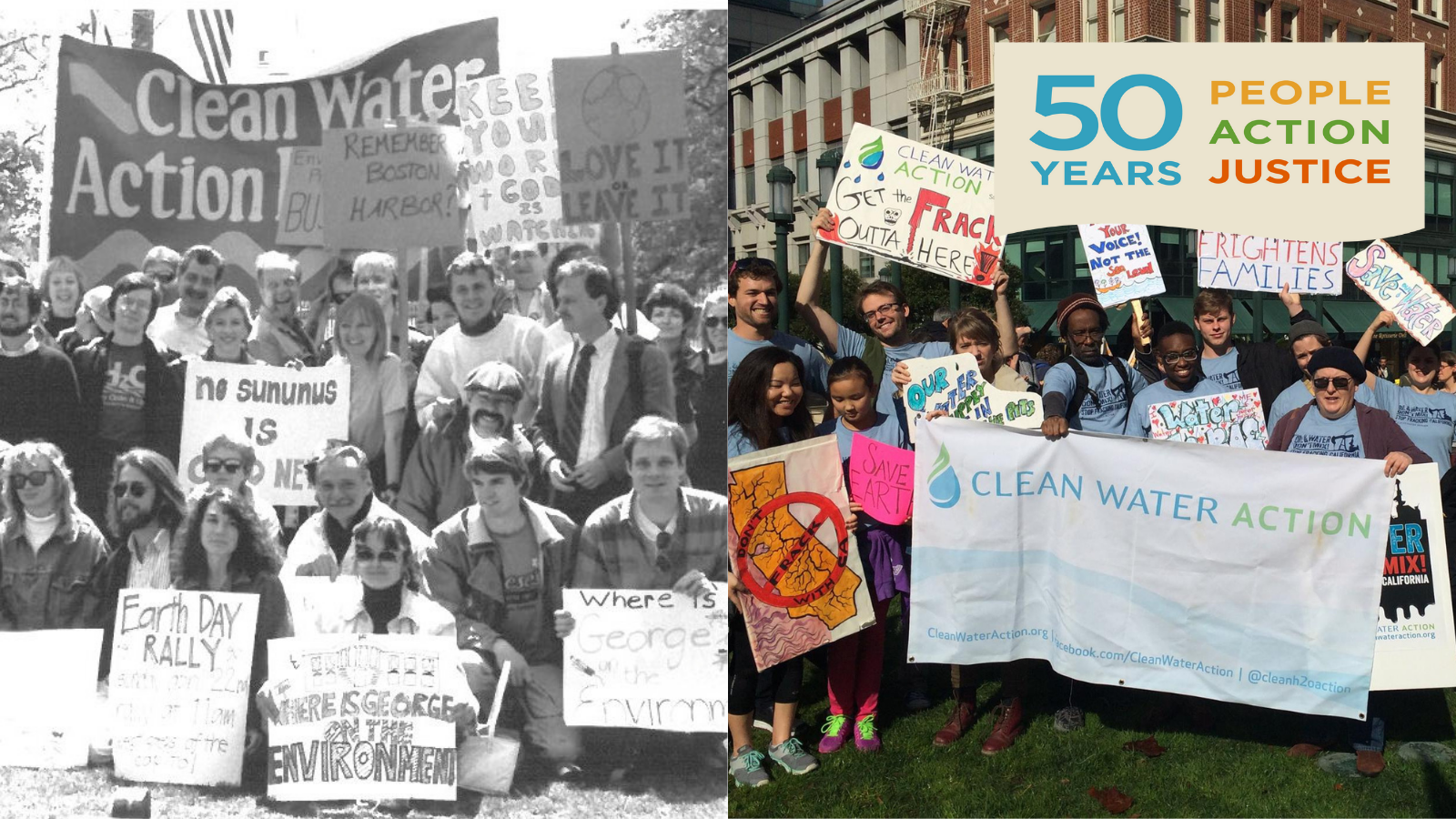 You’ve probably seen the photos or heard the stories about rivers that caught on fire, smog that was thick enough to choke on, “dead” lakes like Lake Erie, and polluters able to do whatever they wanted to with no accountability. It all seemed so “normal”. And it was, until some people decided to speak up and do something.

One of those people was our founder, David Zwick. In the late 60s David took an assignment from Ralph Nader to investigate the state of the nation’s water. What he found shocked him and turned into a book – Water Wasteland.

David and his task force of researchers found industries allowed to pollute with impunity, dumping toxic and cancer causing contaminants like lead, arsenic, and mercury directly into our water; He found water systems that weren't able to produce safe drinking water; He found that our water and our health were at risk. He published Water Wasteland with Marcy Benstock in 1971. It was front page news. David’s next step was Washington DC, to get Congress to do something,

David made sure members of Congress read Water Wasteland. He testified at Senate and House hearings. He demanded that our elected officials pay attention to the concerns of everyday people. He demanded that they act in the public interest, not the polluters'. After some time he was beginning to get somewhere, but let’s be honest, he was up against huge industries. They were organized and they had lots of money (much like today). David knew that Congress wouldn't just pass the Clean Water Act because of his charm or because they thought it was a good idea. He recognized that elected officials needed to be pushed to do the right thing.

He couldn’t push Congress on his own. So along with a few others, he built an organization based on a simple principle – people power. In 1972 David founded Clean Water Action, though back then we were known as the Fishermen’s Clean Water Action Project. David believed the only advantage we have over special interests is strength in numbers.

While the newly formed organization continued to go door to door in Congress in support of new pollution laws, we began to educate, engage and activate people in communities around the country, growing the movement for clean water one household at a time. And we won. Congress passed the Clean Water Act in 1972. Several parts of the Act, including the landmark Citizen Suit provision which allows Americans to sue polluters who are putting our water at risk, were written by David.

It was a huge victory and we learned a lot. We learned that powerful industries might have incredible access to lawmakers thanks to their deep pockets but we could counter that through public engagement, education and organizing.

A few years later in 1976 Clean Water Action opened our first field outreach operation, pioneering a new way to engage and educate the public and empower people to advocate for their families and their communities – by talking to them, face to face, at their homes. We haven’t looked back. To this day building strength in numbers, organizing the public, and bringing expertise to the table are central to how we protect our water, fight to make our democracy work for all of us, tackle the climate crisis, and more.

Clean Water Action has made a big impact over the past 50 years. We’ve trained tens of thousands of organizers. We’ve helped elect thousands of people to public office at every level, from city council and mayor to governors and members of Congress. We’ve helped pass landmark federal laws like the Clean Water and Safe Drinking Water Acts, passed pioneering laws in states across the country to reduce our exposure to toxic chemicals, and developed innovative solutions to problems like the tsunami of plastic waste. We’ve shone a spotlight on how cumulative impacts of pollution impact communities of color and low-income communities. We’ve published research on loopholes in federal laws that let oil and gas companies destroy potential sources of drinking water and how toxic coal ash puts our water and health at risk. We’re experts on drinking water and have been at the forefront of efforts to get the lead out of our tap water.

We’ve accomplished so much in our first 50 years, and we’re going to celebrate all of that while also looking forward to the next 50 years. But there's one thing we’ll celebrate throughout – it’s the most important thing throughout our history — and it’s people.That’s why our theme for this year is “People. Action. Justice.” Without people – our members, our activists, our staff – we can’t take action to fight for justice or to protect clean water. Our people are one of the reasons that I love this organization.

Over the years Clean Water organizers have knocked on more than 60 million doors from Massachusetts to Florida to Michigan to California. We’ve had more than 25 million people become members. Those members have sent millions of letters and postcards and emails to elected officials. They’ve joined us for lobby days at state capitols, traveled to Washington to advocate in person with their Members of Congress, and made their presence felt through the ballot box. They have volunteered their time to advocate for our water and health.They have donated to power our campaigns.

Clean Water Action members and our staff are why we continue to win for our water, and why we’re not going to stop fighting.

Throughout 2022 we’re going to share stories from the last 50 years. We’re going to highlight our accomplishments. We’re going to introduce you to the people who have made Clean Water Action who we are. I encourage you to keep in touch and help us celebrate. If you haven’t yet, consider making a donation here. Your support–your membership and your activism–have powered our first 50 years, and will power the next 50 as well!