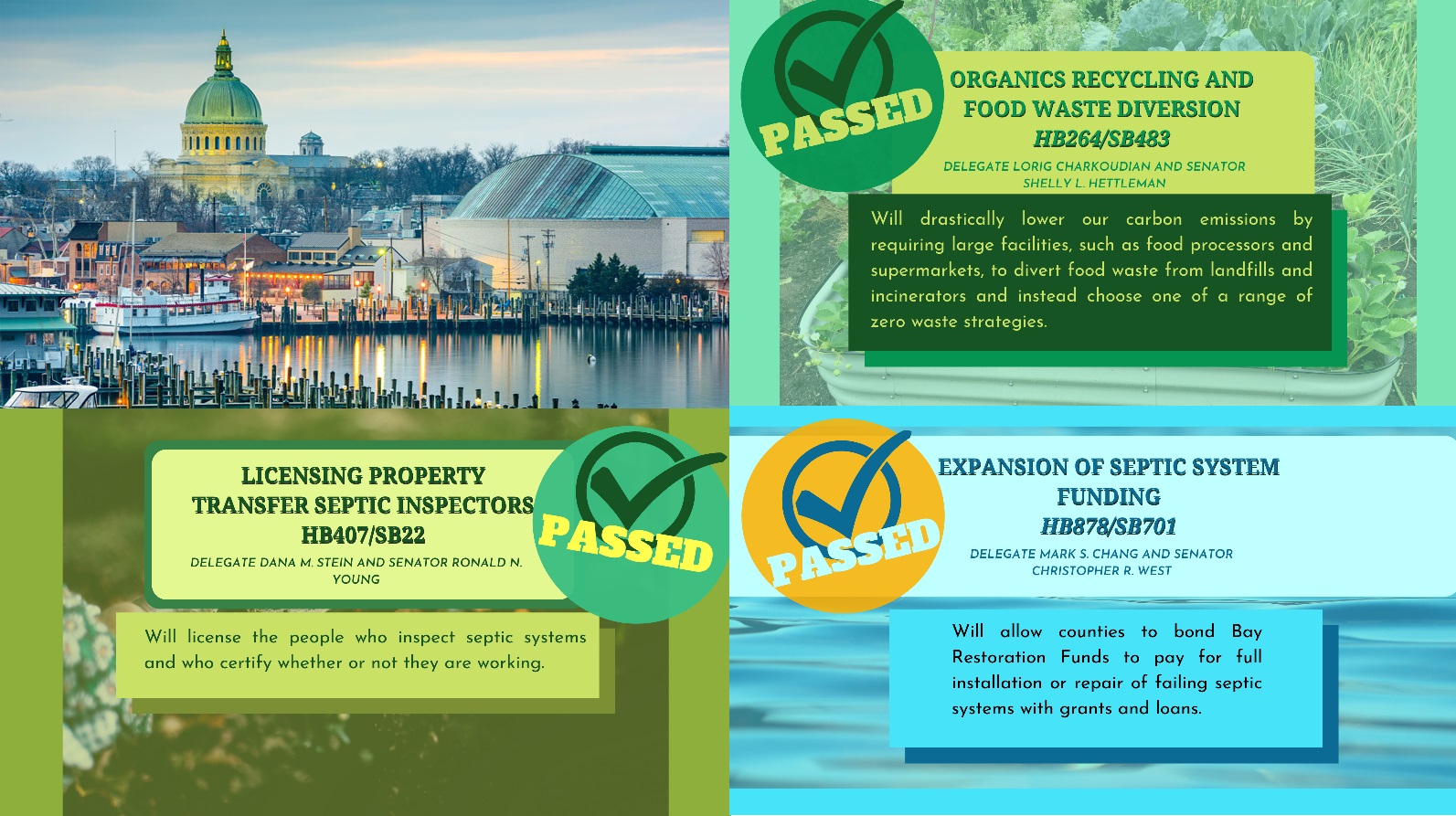 Victories and Defeats in MD's 2021 Session

Monday was the last day of Maryland's Legislative Session. Maryland has a 90 day legislative session - it runs straight from January to April. Once it ends, the legislature can come back via Special Session to vote on legislation or override vetoes, but those are not common. So, this concludes our chance to change state law in 2021.

Over the course of legislative session, Clean Water Action members sent over 4,400 emails to legislators supporting our priority legislation and, in some cases, responding to legislation that surprised us, for good or bad. Thank you so much for taking the time to take action and spread the word. Your help made an incredible difference, especially during a legislative session where our staff could not be in the hallways to talk to legislators. Every time a legislator said, "I've had constituents reaching out" or "I've received emails on..." that was you making a difference.

And now, the 2021 legislative session has ended. What does that mean for our Maryland clean water priorities?

This package of legislation reduces the amount of organic waste heading to landfills and incinerators, clarifies that Maryland law should NOT count burning trash as recycling or renewable energy, establishes extended producer responsibility for packaging, and preemptively bans the chemical conversion of plastic to fuel.

Your barber and interior designer are licensed and regulated in Maryland, but the septic industry is not. We've been working on a series of bills every year to reform this system to protect people's health and pocketbooks.

Maryland's Environmental Justice Commission could be an impactful tool to promote decisions that promote environmental justice, but over the years it has languished. We are supporting a re-chartering of the commission to include more community involvement, more transparency, and to have it play a role in reviewing agency plans and some proposed legislation.

Healthy food workers are critical to keep food on our shelves. When workers fell ill to COVID-19, the resulting shock in the food system lead to empty shelves and the mass slaughter (but not for food) of millions of chickens. We are supporting legislation to expand sick leave and to require COVID-19 protections for workers at the workplace and in worker-provided housing.

PFAS is a forever chemical that persists in the environment long after it is used. It is commonly used to create non-stick surfaces, on packaging and pots, exposing humans to this dangerous class of chemicals and allowing them to escape into the environment.

Many members quickly sprang into action to oppose two bills that would have harmed forest protections.

Thanks again for all you do and consider making a donation to Clean Water to help support work like this!