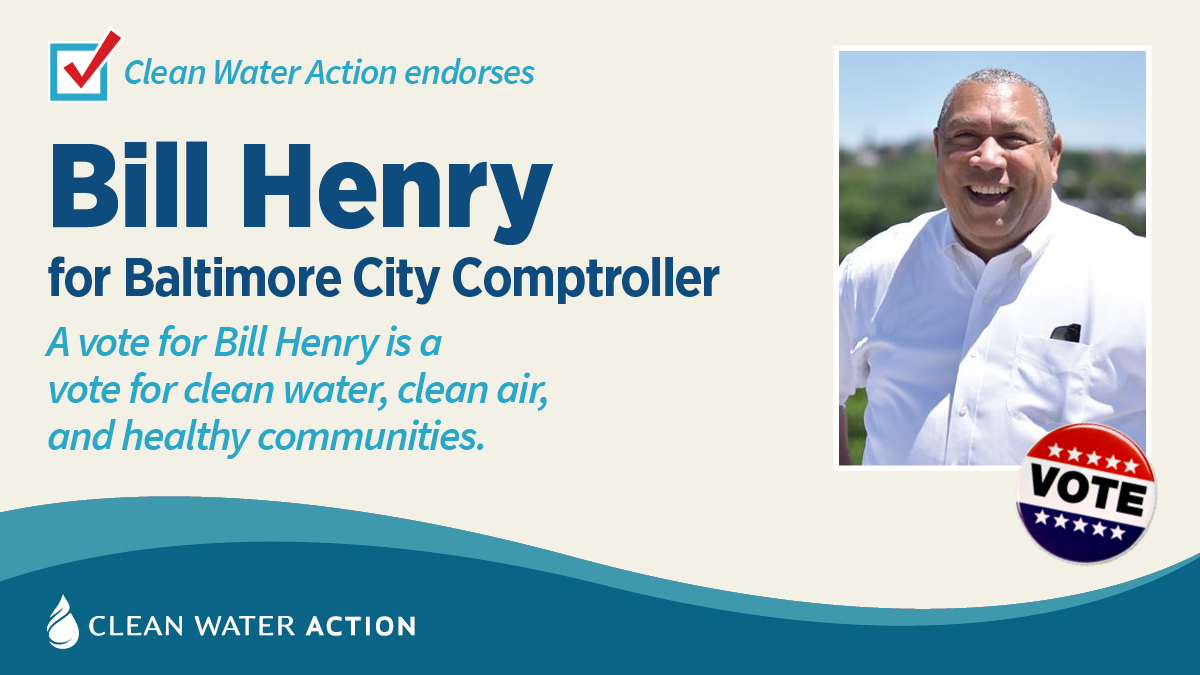 Bill Henry for Baltimore Comptroller - but what is a comptroller?

We have a week and a half to go until Election Day, and voters across Baltimore City are finally receiving their ballots in the mail. (If you haven't received yours yet, you can download and print a ballot here.) The campaign for Mayor has gotten a lot of attention, and earlier this week I wrote about why we're endorsing Brandon Scott for Mayor. But today, I want to tell you about another important city-wide campaign: electing Councilman Bill Henry as Baltimore City's Comptroller.

First: what is a Comptroller? This behind-the-scenes elected official is in charge of managing the city's money, conducting audits, and preparing materials about city spending. The Comptroller is one of the five members of the Board of Estimates, the body that votes on city contracts and spending, and one of the just three members that are directly elected by us as city voters (the other two being appointed by the Mayor). At its best, this office can function as an advocate for city residents and taxpayers, ensuring that our city budget is spent wisely and fairly, and working to make the budgeting process more transparent and accountable to city voters.

Bill Henry is running for Comptroller to do exactly that. As a three-term City Council member who's represented District 4 in north and northeast Baltimore, he's been a staunch supporter of environmental issues, including serving as lead sponsor of last year's successful Plastic Bag Reduction Act. As chair of the Equity and Structure Committe (created by Council President and CWA-endorsed Mayoral candidate Brandon Scott), he's fought for multiple proposed amendments to the city charter to shift the balance of power in City Hall, including giving our city auditor subpoena power to root out illegitimate spending and corruption.

If elected Comptroller, Henry promises to make the comptroller's office more modern and transparent, and use the role aggressively to advocate for the public's interest in the city's budgeting process. He plans to use his role on the Board of Estimates to provide oversight on departmental budgets, include provisions about waste reduction and other environmental standards in city contracts, and streamline approval of pedestrian/bike infrastructure projects being held up by unneccesary red tape. With a Masters in Business Administration and concentration in finance from Loyola, he's the right pick to bring transparency, accountability, and equity to the Comptroller's office. The team here at Clean Water Action hopes that when you fill out your ballot, he will have your vote!

One more thing: can you help us spread the word? As normal campaign activities are suspended - especially the personal door-to-door outreach that Clean Water Action has always prioritized - many voters across the city are undecided, and it's harder than ever to get timely, accurate information. But you can help us fix that - without leaving your own home! - by joining a virtual phonebank party: