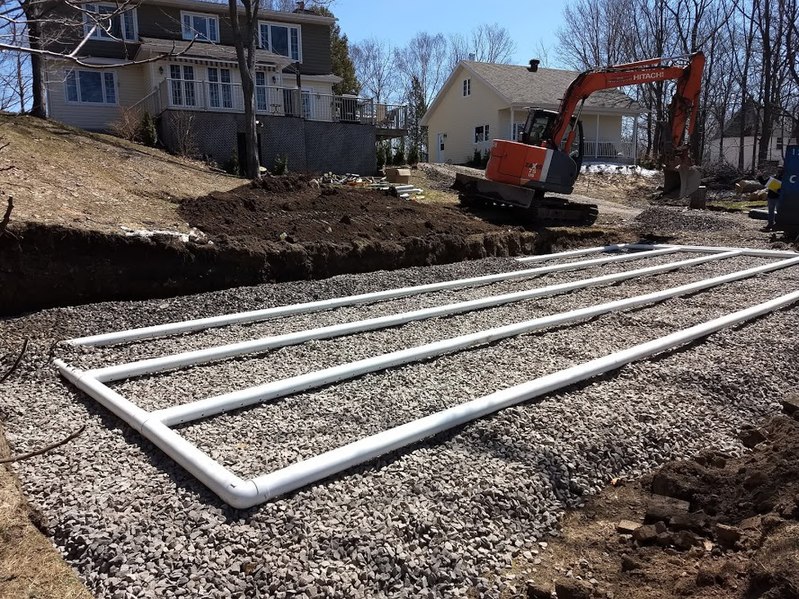 Septic Systems and the Climate Crisis

If your home is in a rural area in Maryland, your sinks, toilets, showers, dishwasher, and washing machine probably empty into a septic tank. How does a septic tank work? Watery waste, or effluent, is most of the waste, where anaerobic bacteria begin to break it down. The sludge, or inorganic solids which are the leftovers of bacteria digesting organic effluent, falls to the bottom of the tank. Scum which is mostly fats, grease, and oil floats to the top of the tank. A filter is present, which prevents most solids from going to the eventual draining, or leach field. The leach field releases wastewater into the soil where its broken down by natural bacteria so that clean groundwater seeps into aquifers.

Most septic systems fail because of issues with the leach field. If the leach field is ineffective the entire purpose of a septic system fails. The water from the leach field is supposed to percolate through soils into groundwater, but when water tables rise, the process becomes ineffective. The amount of unsaturated soil decreases, so the bacteria in the leach field cannot do their work and wastewater persists being wastewater. Climate change causes these exact water table changes. With these changes in effect and global sea level rise by 2100 projected to be between 0.3 and 1 meter, many septic systems will be affected, especially in coastal regions. It is important for public health, sanitation, and convenience that either the way in which septic systems work is changed, or that those extant are somehow maintained. For more background, check out:

The regions in which septic systems are most commonly used include sections in the southeast, such as parts of Florida, and also throughout New England in the northeast (about 55 percent in Vermont). Should the trend of climate change continue along with the continuance of rising water tables associated with the phenomenon, major parts of the U.S. will be affected with the ugly aftermath of ineffective septic systems. Since septic systems are the largest contributor of wastewater to ground, a failing system can easily cause numerous troubles. If a septic system works ineffectively (especially in the leach field) contamination can be spread very easily to groundwater, and 50% of the U.S. relies on groundwater for drinking. Groundwater is also an important source for irrigation. Failed septic systems can contribute several dangerous bacteria, viruses, chemicals, and contaminants. Drinking contaminated groundwater can have serious short term and chronic health effects on humans, and harm wildlife.

Due to the risk to human health, safety, and sanity, the implications of climate change affecting septic systems negatively should be taken seriously and prioritized on any state’s legislative agenda