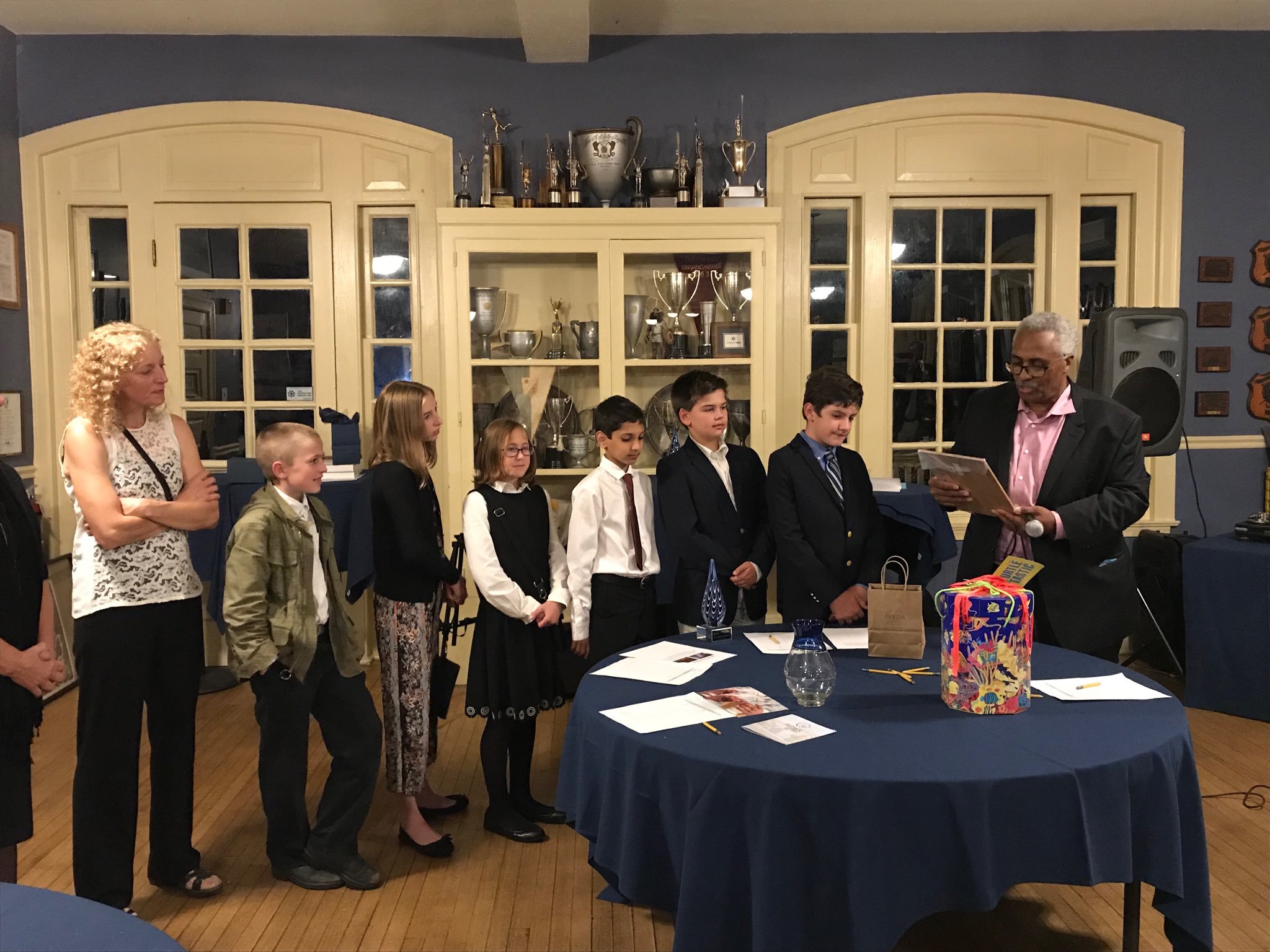 Recently, Clean Water Fund held its annual auction events in Pittsburgh and Philadelphia. The Pittsburgh auction celebrated its 10th anniversary, while the Philadelphia event has been going strong for a whopping 22 years.

The events generate financial support for our local campaigns that seek to improve democracy, develop strong grassroots leadership, and bring together diverse communities to work cooperatively for environmental progress.

In southwest Pennsylvania, we’ve invested past proceeds into efforts like our educational program that has reached thousands of Pittsburghers about the hazards of lead exposure, assisted them in identifying potential sources of lead within their home and community, provided them with paths to minimize their risk in the short term and connected them to resources to get their lead pipes replaced.

In southeastern Pennsylvania, it has contributed toward our campaign to address litter in Philadelphia- leading to the introduction of a “Bring Your Own Bag” ordinance by Philadelphia City Council which encourages use of reusable shopping bags by eliminating single-use plastic bags for retail sales or delivery.

These events are more than just fundraisers though. At their heart they’re an opportunity to bring together people who care about the environment and create a fun atmosphere where those relationships can blossom or event start. They’re also an opportunity for us to recognize the service of people or organizations to our environment and community.

In Philadelphia we honored Blondell Reynolds Brown and George Gould with our Jerry Balter Award which is named in the memory of a forerunner to today’s environmental justice movement and goes to those that carry on his fight.

Blondell Reynolds Brown started her career as a teacher with the School District of Philadelphia. She has served five terms as a member of Philadelphia City Council and is Chair of the Committee on Environment.  During her time on council she has supported legislation to address lead hazards, implement a green roof tax credit, establish an Office of Sustainability and increase solar capacity to power 20,000 homes by 2025, among many others.

George Gould is a Senior Attorney in the Energy Unit at Community Legal Services. For more than 45 years he championed the poor and underserved from unmitigated lead hazards in rental properties. He played a key role in the 1980’s passage of ordinances that compelled the Philadelphia Housing Authority to perform lead abatement on their rental properties, the 1990’s adoption of laws to block retaliatory evictions for lead violations against landlords and the adoption of a Lead Disclosure Ordinance in the 2000’s that required a lead-safe certification be given to tenants who have children ages 6 or under.

We also honored West Chester Mayor Dianne Herrin, West Chester Council, middle school students from the Quaker Leadership Team at West Chester Friends School and their teacher Amy Domenick with our Florence Neilson Award. The award is named in for a former staff member who helped found our Philadelphia office and honors those individuals and organizations who uphold her ideals of protecting our health and environment. The collaboration of this year’s recipients resulted in passage of legislation to ban of single-use plastic bags and disposable plastic straws within the borough. Their actions not only sought to address a growing environmental problem but were also a rebuke of the Pennsylvania legislature, who recently passed a provision prohibiting such policies until the state studies their economic and environmental impacts.

At our Pittsburgh event, we gave Ed Gainey and Deborah Gentile our Dewey Award which is inspired by our dew drop logo and similar to the Florence Neilson Award honors true environmental champions within our community.

Ed Gainey is a member of the Pennsylvania House of Representatives, serving the 24th district since 2013. During his time in office he has helped bring awareness to lead issues within his district and been a part of the fight for safe, affordable, public drinking water that is lead free. He has partnered with us to organize an event that brought out over 100 people in Homewood to learn about lead service line replacements, helping to ensure that people are protected and that their water is safe to drink. Prior to this he worked as the community development specialist for the city of Pittsburgh.

Dr. Deborah Gentile is a board-certified allergist & immunologist, specializing in treating allergies, asthma, and immunologic conditions affecting children and adults. Her research group, Surveillance and Tracking of Asthma in our Region’s Schoolchildren (STARS), conducted a three-year study that found many of the 1,200 elementary school children who live near industrial sources of pollution like the Clairton Coke Works and Edgar Thomson Steel Works, to had high levels of asthma due to exposure to levels of outdoor air pollution above thresholds set by the U.S. Environmental Protection Agency.

If you attended one of these events we thank you and hope you enjoyed yourself. Whether you were there or not, we look forward to having you join us at next year’s celebrations!