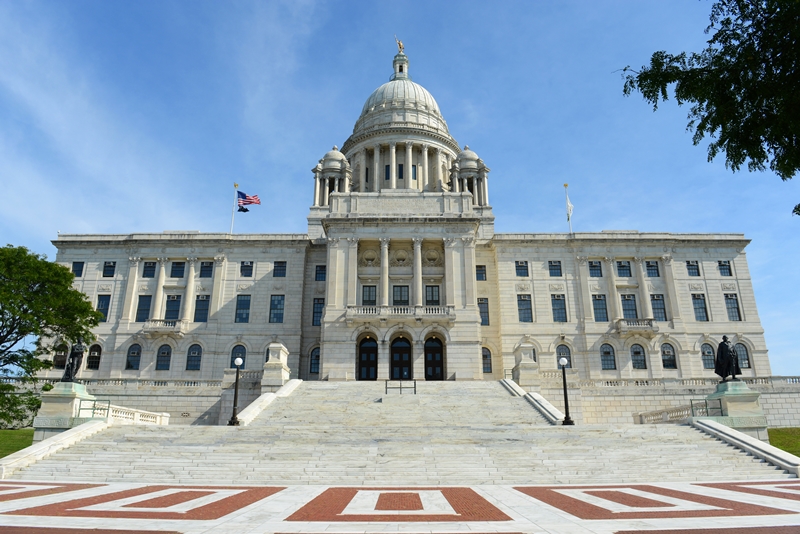 When the 2019 General Assembly session began in early January, we had high hopes that this would be a banner year for the environment and public health. We had spent the previous four months working with stakeholders from around the state to put together a plan to reduce single-use plastic pollution. We had a commitment from the Governor to fight the climate crisis by supporting mandatory and enforceable carbon emissions reductions across the three largest sectors of Rhode Island’s economy. And we spent a good deal of the previous year talking to Rhode Islanders about the dangers of PFAS chemicals, gathering support for legislation to limit our exposure to them.

But by the time legislators packed up and went home for the summer in late June, our hope had turned to disappointment.

The General Assembly failed to send a single bill to improve our environment and public health to the Governor’s desk to be signed in to law. Not a single one.

The short answer is: it all died, most of it in the House.

The Plastic Waste Reduction Act (S401/H5671), sponsored by Senate President Ruggerio and Representative McEntee, was probably the most talked-about environmental bill this year. Better known as the “plastic bag bill”, it would have prohibited the distribution of single-use plastic bags across the entire state. The bill was the culmination of five months of work by Governor Gina Raimondo’s Task Force to Tackle Plastics, which was tasked to identify a number of achievable recommendations to the Governor for addressing the scourge of plastic pollution in our neighborhoods and waterways. The bill was not perfect by any means, but it was a good start, reflecting a compromise from among the Task Force participants. There was concern around the language used to define a reusable bag (the bill did not include the same “stitched-handle” requirement that existing municipal ordinances have) and that the state bill would preempt towns and cities from passing more stringent laws regarding single-use bags in the future.

Regardless, an amended version removing the requirement to charge 5-cents for single-use paper bags passed through the Senate. It was then sent to the House to be voted on. It was scheduled for a hearing in the Committee on Environment and Natural Resources during the last week of session but that hearing was abruptly cancelled, letting the bill die on the vine.

A bill to reduce the number of plastic straws (S202/H5314) consumed in the state, sponsored by Senator McCaffrey and Representative Bennett, met with a similar fate when that same hearing was cancelled. The version that was ultimately passed by the Senate contained a number amendments, including the same problematic preemption language found in the plastic bag bill, that weakened the original language. Like the bag bill, it was sent on to the House to be voted on but never made it past its assigned committee once it got there.

One of Governor Gina Raimondo’s signature campaign promises during her 2018 re-election bid was to support the Global Warming Solutions Act (S658/H5444), sponsored by Senator Euer and Representative Blazejewski. The GWSA would have created mandatory and enforceable carbon emissions reductions across three major sectors of Rhode Island’s economy: energy generation, buildings, and transportation. It would have codified the goals that the General Assembly initially set in the 2014 Resilient Rhode Island Act. But the General Assembly seems uninterested in tackling the looming climate crisis, and thus was indifferent at best about voting to approve the GWSA. It had hearings on both sides but was never considered to be voted out of committee. Likewise, Governor Raimondo, despite her campaign promise to support the GWSA, had no particular interest in pushing the General Assembly to support the bill. She claimed that state agencies did not have the resources to develop and implement these desperately-needed measures. With no momentum in the State House, our elected officials put off action on climate for yet another year.

The Economic and Climate Resilience Act, (S662/H5889), sponsored by Senator Sosnowski and Representative Bennett and more commonly known as the carbon pricing bill, was introduced for the fourth straight year and failed to gain any traction. A resolution that would have created a research council to study the economic benefits and environmental impacts of the implementation of the Green New Deal (S659/H5665), sponsored by Senator DiPalma and Representative Blazejewski, also did not get voted out of committee.

There was one bright spot, though: a bill to create loopholes in the state’s ban on incinerating solid waste, which would allow for the burning of plastics as “renewable” energy (S408/H5448), sponsored by Senator Lombardo and Representative Ucci, did not make it out of committee despite a significant push by the petrochemical industry lobbyists at the State House.

So what are the takeaways? In short, ELECTIONS MATTER. Here in Rhode Island, a single powerful politician—the Speaker of the House, for instance—can decide to kill a bill even if that bill has significant momentum and popular support. If we continue to collectively elect members of the general assembly who do not seem to care about Rhode Island’s environment, we will continue to lose at the State House and our state’s environment will continue to be degraded and exploited.

If this past year has taught us anything, it is that we desperately need to put more champions for the environment, public health, and social justice into elected office. We can wage successful campaigns to eliminate single-use plastics, PFAS, and state policies that exacerbate the climate crisis, but without elected officials at the state and local levels to pass legislation addressing these critical issues, we are unlikely to make any headway.

So what can you do? Well, you can get involved! Over the next year, Clean Water Action and our allies will be putting together a plan to elect more environmental champions ­­to the general assembly. To get involved, sign up to volunteer to help out in the next election cycle!