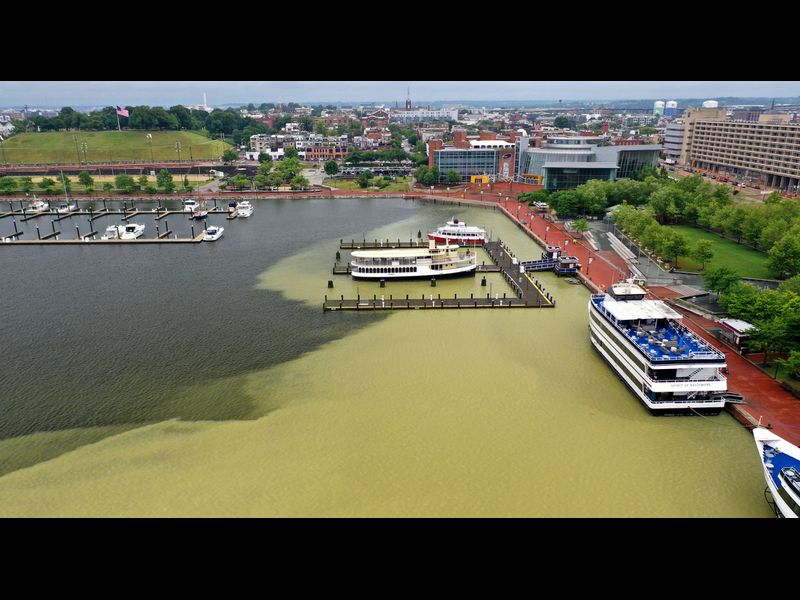 Yesterday the city of Baltimore experienced a severe wet weather event that resulted in flood warnings throughout the DMV area, coupled with a water main break downtown. While the water main break is responsible for the day’s increase in train delays and a strong flow of murky brown water into the inner harbor near Howard and Pratt, an infrastructure failure may not be necessary for the same problem to occur in the near future.

Can you report that the brown water was sediment and not human waste in the inner harbor.

One of the main effects of climate change that will influence Baltimore is the increase in intensity and frequency of extreme weather events. What was once considered a 100-year weather event may now become a 50- or 25-year event. This means that the total amount of rainfall Baltimore experiences in a year may increase steeply, with rainfall events now more frequent and having higher amounts of precipitation per event. As the water main break became common knowledge amongst Baltimore residents yesterday morning, one of the most frequent questions had to do with the brown water discoloring the inner harbor. While in other cities residents may assume that discolored water is solely caused by sediment, Baltimore residents know better. During a DPW press conference, twitter was filled with residents asking about the progress of the 2022 consent decree. The decree is an extension for a decree that was originally meant to expire in 2016.

There progress is most likely very minimal, they will most likely say they have CONSCENT Decree to fix the infrastructures which is only a promise to fix them. They most likely won't meet the deadline of 2022 and will ask for a extension so they can raise rates again

The decree was meant to hold Baltimore responsible for the issues with its sewer system, specifically the surge in sewage backing up into people’s basements - specifically as a result of the aforementioned severe wet weather events. As a result, many residents saw pictures of the inner harbor yesterday and immediately began questioning city officials as to whether the discoloration was a result of typical sediment-filled runoff, or if human waste could have also played a factor. Another effect of the water main break was a flood of water and sediment into the Howard Street train tunnel, which later caused a CSX train to derail. Given the common occurrence of crude oil trains travelling through the city, this could have proved disastrous if the derailed train had different cargo. With the increase in wet weather events we can expect in the coming years, Baltimore will need to update its infrastructure to cope with events like these, or city residents may pay the cost.