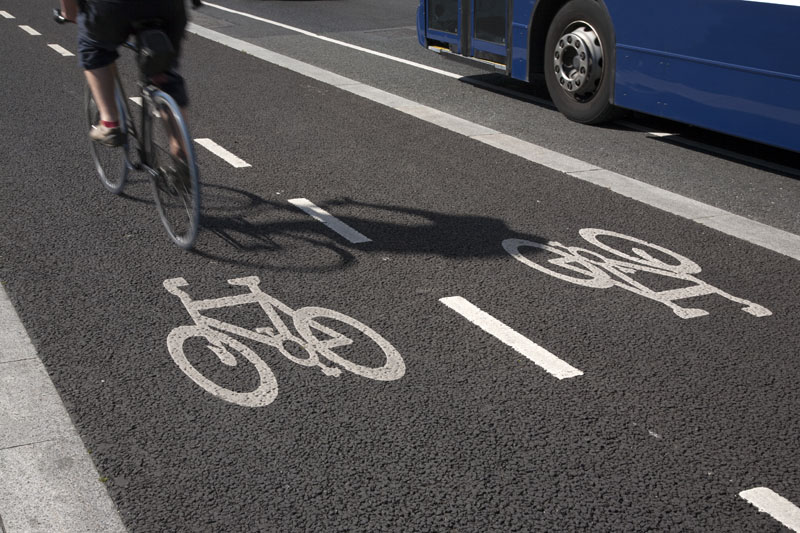 If not for the snow, the Baltimore City Council would have held a hearing today on the Complete Streets ordinance, a bill that would help Baltimore ensure that roads are designed with the safety and wellness of all people in mind.  Transportation planning that prioritizes public transit, bicycle, and pedestrian uses helps people stay healthier, air stay cleaner, and the climate stay cooler.  Read our testimony below, and click here to send your own comments to the Council.  Thanks to this snowstorm, it's not too late!

On behalf of Clean Water Action, our over 8,000 members in Baltimore City, and our over 35,000 members in Maryland, I write to express strong support for Bill 17-0102, Complete Streets.  Planning for Complete Streets is a great tool to develop safe, vibrant streets that work for the community in which they are located. The bill’s green infrastructure provisions will reduce local flooding and improve Baltimore City’s water quality. And by providing a framework to encourage public transit, biking, and walking over private car trips, this bill will improve local air quality and reduce Baltimore’s contributions to climate change.

By incorporating green stormwater infrastructure and stormwater management into the concept of a ‘complete street,’ Bill 17-0102 will capture stormwater at its source and prevent it from carrying pollution to storm drains, clogging them and creating local flood hazards, and to the Patapsco River, adding to the river’s and the Inner Harbor’s pollution load. These best management practices reduce stormwater volume by using infiltration, evapotranspiration, or the beneficial reuse of water.  In DC, where a similar policy exists, the result has been bike lane buffers and pedestrian refuges that incorporate rain gardens, places for surface runoff water to collect and filter, with native vegetation.  When city policies incorporate green infrastructure and stormwater management, projects can incorporate sustainable practices with safe design, maximizing the utility of the project and solving two problems with a single repaving project.

Complete Streets will improve the health and safety of Baltimore residents.

The implementation of Complete Streets philosophies in street planning increases equitable access to the urban space we all share.  Developing streets that are designed to be accessible to bicyclists, pedestrians, and transit enables people to get out of their cars to move throughout the community, promoting active and sustainable lifestyles. This is also important to protect the people who already walk, bike, and take public transit to travel around the city, and face unsafe and sometimes actively hostile infrastructure that poses a barrier to doing so. Incentivizing and protecting non-automotive modes of transportation, as this bill does, will improve safety, reduce congestion, and improve conditions for Baltimore residents.

Baltimore City’s air quality is dangerously poor, with drastic impacts on respiratory and cardiovascular health for our residents.  Emissions from transit are significant contributors to local air quality problems.  It’s estimated that 28% of nitrous oxides in the atmosphere come from on-road gasoline use – and unlike emissions from power plants, these emissions occur right at people’s head-level in close proximity to pedestrians, bikers, and drivers. A recent report by the Environmental Integrity Project, based on newlyavailable asthma hospitalization rates by zip code, found that the transportation sector is a significant contributor to asthma rates in the city:

“We mapped several indicators of air pollution in Baltimore’s neighborhoods using a few different tools provided by the U.S. EPA. We found that four out of the five zip codes with the highest 2011 asthma hospitalization rates had smaller areas within their borders that were within the 95-100th percentile in the state for respiratory risk from air toxics. These zip codes were 21223, 21225, 21202, 21217, and 21201. We also found that, in the areas within the 95-100th percentile, roadway vehicle pollution contributed about 50 percent of the risk, which is more than twice the risk from any other category of pollution source.”

Another report by the American Public Transportation Association examined the emissions and greenhouse gases of different modes of transportation, and found, unsurprisingly, that public transit emits less air pollution than equivalent car use. 2 Per passenger-mile traveled, the study found that:

Making it more possible for Baltimoreans to live their daily lives without the use of a private vehicle, as this bill does, will reduce toxic air pollution and improve public health for people all across Baltimore.

For all of these reasons and the many more expressed by Baltimore City residents who want to be able to walk, bike, and use public transit to safely travel around the city, Clean Water Action urges you to vote favorably on Bill 17-0102. Thank you.