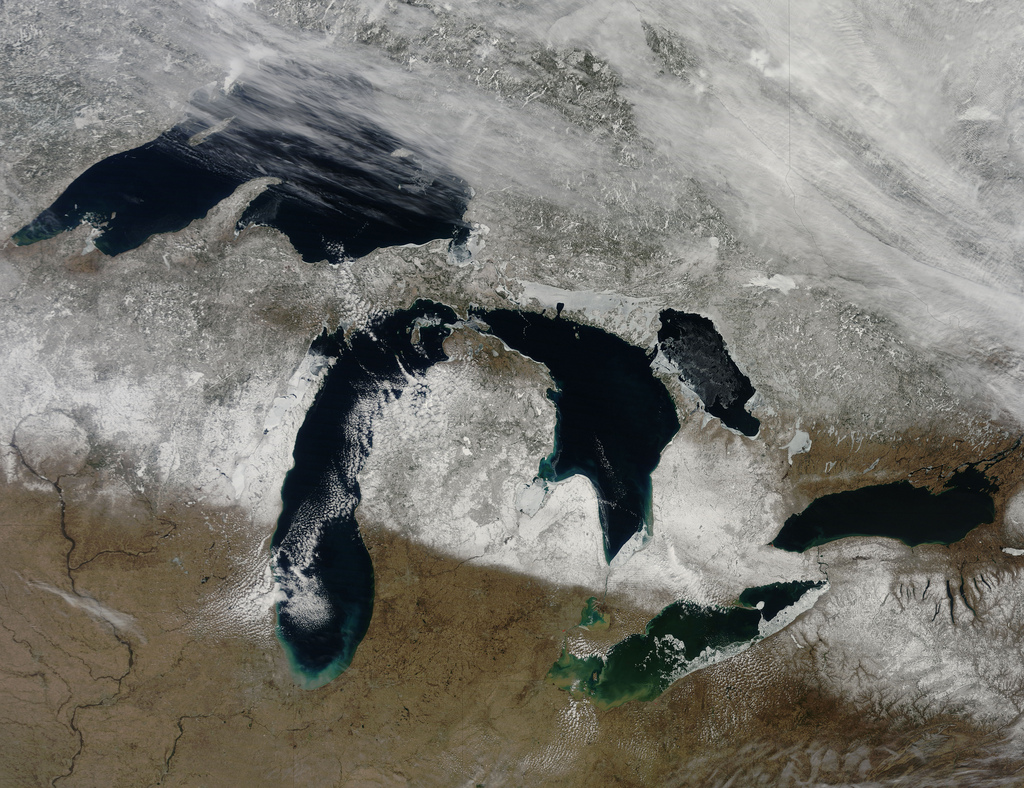 Over the course of the last four years, Enbridge has repeatedly lied about the condition of Line 5. This is not out of character for Enbridge; remember this is the same company that lied about the condition of Line 6B, right up until it broke. Blind incompetence at Enbridge’s command center led to increased pressure to the line after it burst. It then took Enbridge 17 hours (while over 1 million gallons of tar sands oil spilled into Talmadge Creek and the Kalamazoo River) before they were able to shut it down.

Just over the course of 2017, here are some examples of how Enbridge’s story on Line 5 has changed:

So why are the rules different for Enbridge than they are for other Michigan residents and businesses? Why do our Governor and Attorney General seem to be protecting a huge foreign oil company instead of protecting the people who elected them? Why do we continue to risk 95% of our country’s fresh surface water for the benefit of a foreign corporation who have time and again shown themselves to be untrustworthy and irresponsible?

The answer to those questions can be traced back to just one thing: money. Since the Citizens United v FEC Supreme Court decision in 2010, unprecedented amounts of dark money from the oil and gas industry have been spent influencing our elections and buying the elected officials who are supposed to represent us. Michigan lawmakers who aren’t bought and paid for by the oil and gas industry want to see Line 5 decommissioned. Republican State Senator Rick Jones and Democratic State House Representative Yousef Rabhi don’t agree on much but have come together to oppose this existential threat to our Great Lakes and drinking water. So why won't Governor Snyder and Attorney General Schuette join them? Oil and gas money.

Both Gov. Snyder and Attorney General Schuette receive massive amounts of money from the oil and gas industry. Since 2010, AG Schuette ranks in the top ten of state attorneys general in amount of money raised from the oil and gas industry, while Gov. Snyder’s 2014 campaign benefitted from over $380,000 in donations from the energy sector. These numbers don’t reflect the dark money spent on his behalf in the race, which eclipsed the amount spent by his actual campaign.

The oil and gas industry has been spending money to influence elections for years. In the 2016, the industry spent over $103 million on campaigns in the United States. It also spent more than $119 million on lobbying in Congress. You can read more in our report “Stranglehold: Oil and Gas Money is Choking our Democracy.”

We have two options here: demand our elected officials to act on behalf of their constituents and decommission Line 5 before it fails, or continue to elect people like Governor Snyder and Attorney General Schuette and keep our fingers crossed.

Join us in calling on Governor Snyder and Attorney General Schuette to fulfill their obligation to the people of Michigan by decommissioning Line 5 immediately. And plan to join us in downtown Lansing at 12 PM on Friday, December 22nd for a rally to hold them accountable (more details to come soon, follow our facebook page to stay informed).

As we head into a big election year in Michigan in 2018, keep an eye on the money, the candidates who take it, and who they take it from. And then ask yourself what they are expecting in return. Join Clean Water Action in our fight to elect candidates who will a voice for our environment, not corporate polluters. And, of course, don’t forget to vote.