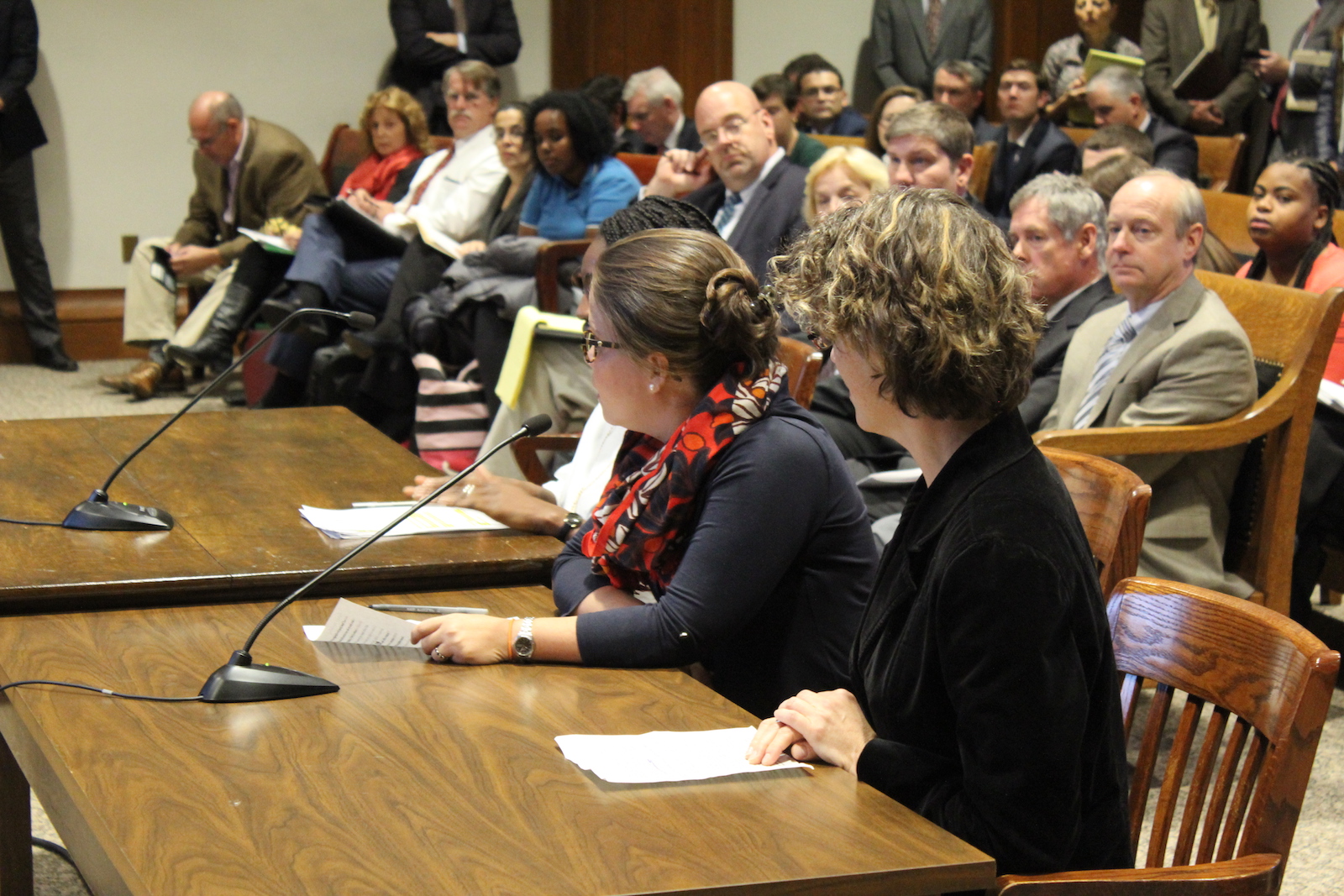 Just last week at the Massachusetts State House, the Committee on Environment, Natural Resources, and Agriculture held a hearing for a new environmental justice bill. This bill aims to increase support for environmental justice communities as defined in former Governor Deval Patrick’s 2014 executive order and the EJ policy that was originally issued way back in 2002 and updated in 2017. The Executive Order lays out a lot of beneficial tools that could help MA’s statistically and historically underserved communities gain access to important environmental resources and protections, and was used as a guideline for writing this new legislation.

S426 and H2913, The Environmental Justice Act, are bills filed by Senator James Eldridge and Representatives RoseLee Vincent and Michelle DuBois. Like the executive order, they open with a quote from Article 97 of the Massachusetts Constitution:

"The people shall have the right to clean air and water, freedom from excessive and unnecessary noise, and the natural, scenic, historic, and esthetic qualities of their environment; and the protection of the people in their right to the conservation, development and utilization of the agricultural, mineral, forest, water, air and other natural resources is hereby declared to be a public purpose."

Unfortunately, despite a solid Executive Order on the books, progress on environmental justice has been almost invisible in Massachusetts. At the bill hearing, all three sponsors, as well as many others, testified in support to advocate these rights for the often disregarded low-income communities and communities of color. The bills would compel the state to pay more attention to these communities with regards to environmental consideration, especially when reviewing development fossil fuel projects, waste disposal practices and other potential sources of pollution.

Representative DuBois cited studies claiming that her district, Brockton, has the 5th highest rate of hospitalization in the state for children with asthma, a statistic that correlates directly with high levels of poverty and pollution in the city. Representative Vincent also testified, concerned about the ash landfill in her district that keeps increasing in size despite its location in a wetland area of critical environmental concern, not to mention less than one mile away from low income communities of color. Senator Eldridge noted that pollution in his district frequently falls on the working class rather than wealthier communities.

Representatives from Green Justice Coalition and other allies of Clean Water showed up in force. The Coalition for Social Justice, a southeastern Massachusetts powerhouse, noted how this bill would allow communities to work more closely with leaders on how to tackle some of these underrepresented areas’ environmental issues. Chelsea GreenRoots shared stories of diesel pollution, fuel storage and battles to stop ethanol trains in Chelsea. Other allies shared tales of environmental struggles in Framingham, Weymouth, Holyoke and other communities.

We will be pushing to pass the Environmental Justice Act and you can help. Take action today in Massachusetts to say “EJ now!”