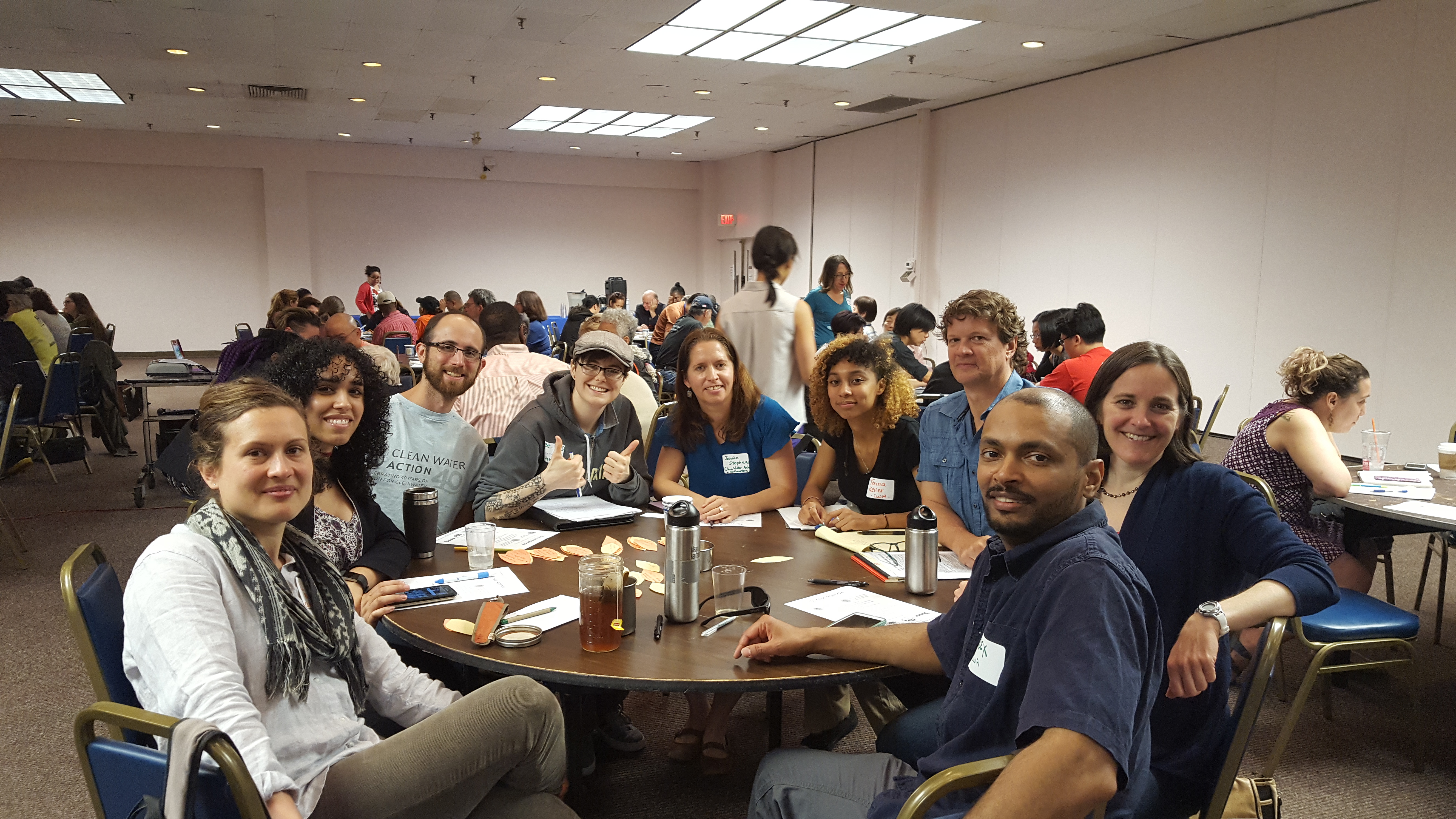 Usually, I like to spend the second Saturday in June at Boston’s annual Pride festival, but in light of the recent political atmosphere, I chose a different activity this year.  Instead, on June 10th, I teamed up with other Clean Water Action volunteers and staff to attend a meeting to map out a 10-year agenda for building a just society. This meeting, organized by Community Labor United, GreenRoots, Chelsea Collaborative and Massachusetts Voter Table, was one of six planned around the state as a way to connect and unite many organizations in the local social justice community.

The Clean Water Action staff invited two of us from Clean Water’s newly formed youth advisory board, as well as several other volunteers and allies supporting various CWA campaigns. Before the event began, the Clean Water table verbally agreed that during our group's work, people of color and the present youth advisory board members would be the first to speak and share ideas. This was an exciting and respectful way to begin the meeting.

The event began with a brief film about the South African Freedom Charter and that movement’s struggles, successes and unity during the fight to end apartheid. The film was inspiring, educational and a wonderful way to open the meeting.  In particular, it described a vibrant grassroots process of getting input from a broad base of supporters and coming up with a collective platform representing a wide range of priorities- just as this process is aiming to do now in Massachusetts.

My favorite parts of the day were the group activities that allowed us to reflect and identify problem areas within our community. We started off by writing the problems that we see in our communities, and their root causes, on construction paper pieces in the shape of tree leaves. Our group came up with a broad range of topics such as disability rights, worker rights, health care access, household toxins, energy efficiency, and educational gaps. These paper leaves were taped to a paper tree trunk on the wall. The tree began to reveal the connectivity within these seemingly distinct social justice organizations. On the next round of colored leaves we named current projects that we were involved in within the community, and the leaves quickly outnumbered the tree's branches.

The meeting concluded with a vision planning process that gave people a chance to focus in on the ten-year vision for Boston and what we can all accomplish on the ground. My group came up with a "people over profits" focused vision in which all Bostonians can have their basic needs cared for in a sustainable and ecologically sound manner.

Our collective visions will be compiled and brought to a "Congress" meeting that will occur this Fall to decide on a more detailed and unified mission for organizers in Massachusetts. I hope that in creating a ten-year agenda, we will not only change the face of activism in Boston and Massachusetts but also modify the way organizations recognize and honor the intersectionality of all community struggles and visions.