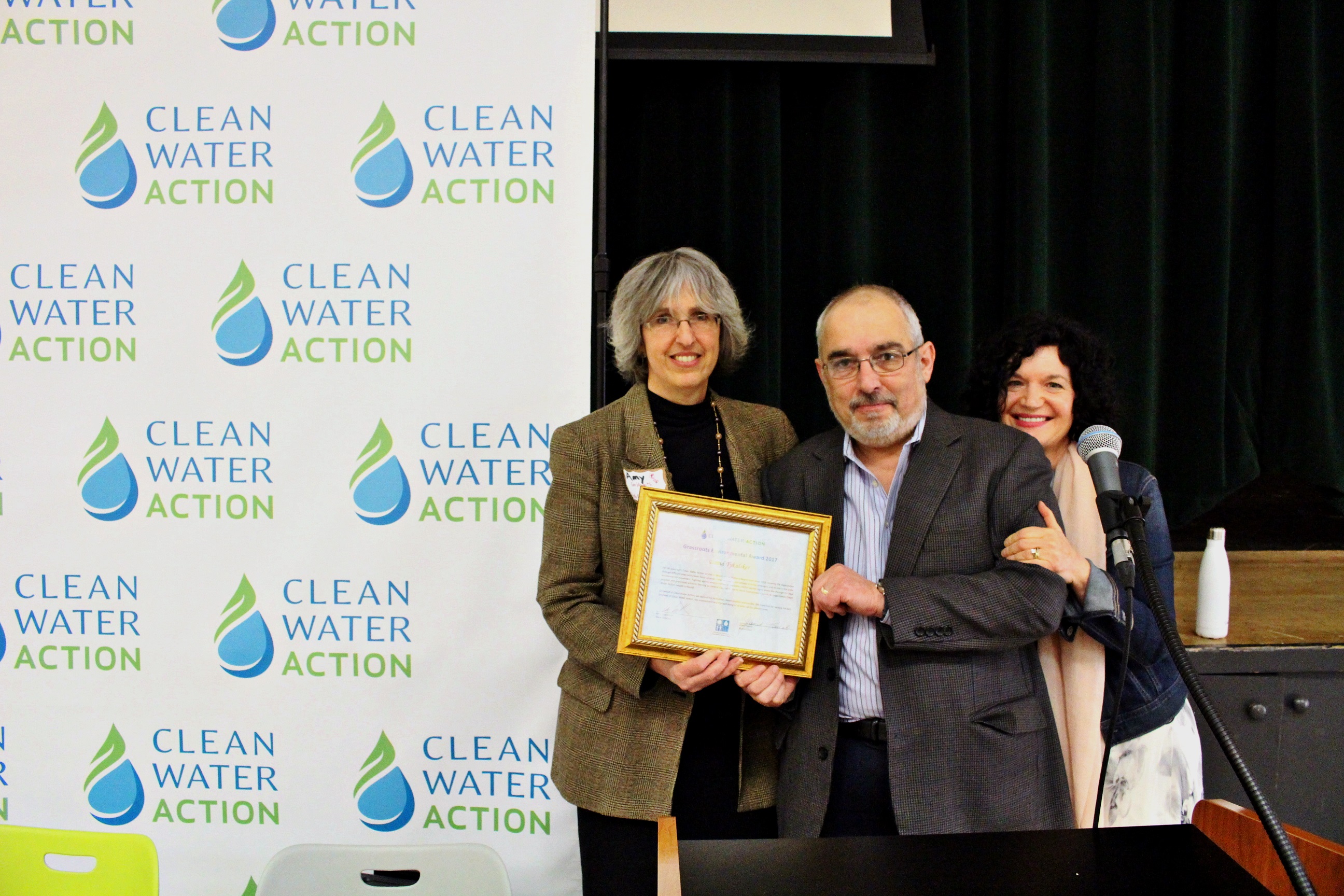 "Fighting to leave this world a better place by making the best of what we got," is a driving force behind Clean Water Action's Earth Week Hero, David Tykulsker.

David has been at the heart of our organization since he joined the New Jersey Board in the 1980s. In 2005, he became the National Board of Clean Water Action, a position he still holds today.

David believes that "our kids should not live in the same mess we are in" and that's why he has spent his life working to protect them. For his years of dedication, we recently honored David with a Grassroots Environmental Achievement Award at Clean Water Action 31st Annual Conference. No person is more deserving.

David is a humble, intelligent man who has lived his life with the philosophy of "always doing one thing beyond what you think you are capable of." I believe this is the true secret of his success and long list of achievements.

David Tykulsker is an accomplished environmental lawyer, specializing in labor laws as his “day job” and has been honored on the Super Lawyers list in 2006, 2012-17. He started getting the bug for legal activism when he went back home to Long Island, after attending Amherst College. David first got involved in working on anti-nuclear issues. An internship position with a Utility Law Center heightened his awareness of how rate increases were then used to pay for nuclear power. As a graduate of Columbia University Law School, David began his lifelong pursuit of working on environmental issues.

In the late 1980’s, it was brought to his attention New Jersey-based Harvard Industries, a metal fabrication manufacturer, clearly violated the Federal Clean Water Act. It was discharging known carcinogens like arsenic and cyanide into the region of the sewer system. David reached out to the NJ Environmental Federation (as Clean Water Action was known in those days) who was working on a clean water enforcement campaign to get the NJ Department of Environmental Protection NJDEP) to push harder against known polluters.

NJ Environmental Federation named and targeted New Jersey’s “Dirty Dozen” - companies and sewer plants who, at that time, needed to clean up their act. Harvard Industries sued the organization for being named one of the “Dirty Dozen”.  When a joint lawsuit ensued with United Auto Workers and the NJ Environmental Federation, Harvard Industries countersued and David was asked to take the case and WON. The rest is history!

David believes that one of the most important things that people can do to make a difference is to vote. He is very proud of Clean Water Action's staff and canvass who “illuminate the way to get the message out and build a political response by going door to door to speak to the people, to encourage letter writing, attending hearings and speak of the environmental issues that need to be addressed.”

"We are in serious trouble," says David. "I am particularly and deeply troubled about New Jersey’s drinking water, its aging infrastructure and all the pollution allowed in places like the Highlands and the Pinelands." He is not only keenly aware of toxins in our water supplies, plastic in the oceans, dangerous oil and gas pipelines, and extreme energy issues, but also the need to address huge financial deficits (a true crisis in our economy), lack of tax fairness, funding of pensions, schools, transit systems, immigration issues, foreign policies, and the list goes on and on.

Will this stop him from fighting? Quite the contrary, David is clear in his resolve that “we need to do more….BETTER!” Spoken like a true leader. For his years of achievement, passion, and never giving up the fight, we are honored to award David Tykulsker with Clean Water Action's Grassroots Environmental Achievement award. We look forward to working with him on environmental battles and victories in the years ahead. Working together, we can make a difference!