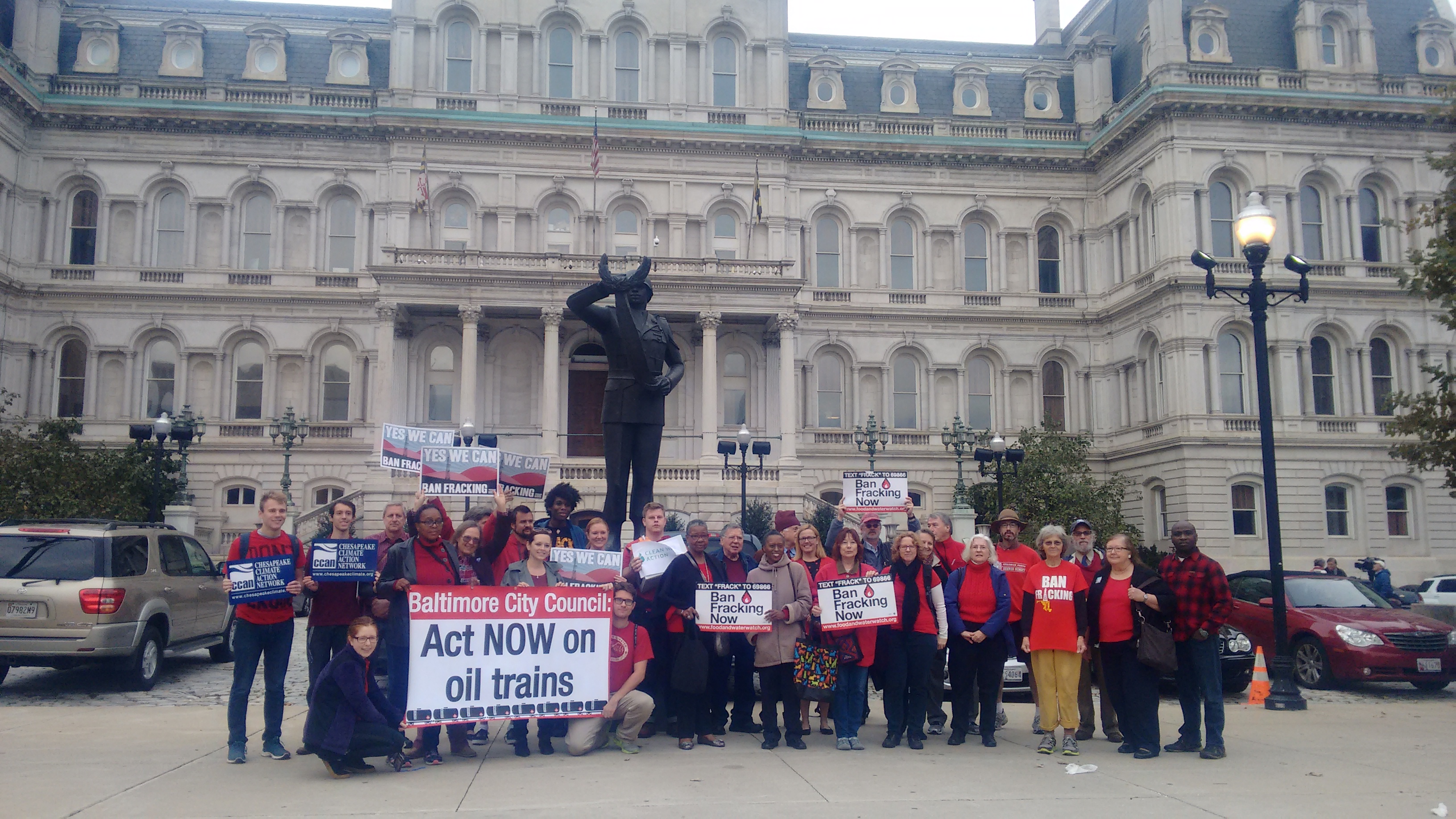 Moving Toward a Ban on Fracking

On November 1st the Baltimore City Council public hearing featured an often very controversial issue, fracking.  At the hearing bills are voted on by a committee after public testimony to see if they will be voted on at a full city council meeting. Two different pieces of legislature involving fracking, first a resolution from the city to recommend banning fracking statewide and second a ban on fracking in the city of Baltimore, were brought to the committee. The invasive form of drilling for natural gas is known to contaminate water supplies and cause earthquakes. This and the need to do away with fossil fuels has turned fracking into quite the hot button issue in recent years.  Both the resolution and the ban citywide passed through to be heard at the full city council meeting.

This public hearing was my first time getting involved in local government and it was quite the eye opening experience. My name is Michael Flack, and I’m the office manager at Clean Water Action’s Maryland office. I recently had the honor of giving a testimony in support of a ban of fracking city and statewide. I originally went to hearing for support, not really planning to give any testimony, but once I got there and saw all the support for a ban of fracking I knew that I wanted to speak.  Fracking is an issue that I feel very strongly about. In school I studied the effects of fracking and this summer I canvassed for a statewide ban of fracking. The idea of talking in front of the council and all the community members present did slightly terrify me, but I knew that I had to speak.

Once the hearing started I was amazed at all the people that came to speak, everyone from advocates who worked very closely on these bills to concerned environmentalists and citizens. People told their personal stories and fears of fracking. Others provided expert testimony with information on the science of fracking to public opinion on it. I watched very carefully when others spoke. I noticed most everyone had come more prepared with a written testimony.  This made me really nervous, as I had not prepared one before hand. However this was an issue that I knew very well so I did my best to collect my thoughts before hand.

Right before it was my turn to speak, two men spoke against the resolution and ban.  They spoke about the need for jobs and community support against the ban. Before they spoke I was really considering backing out at the last second, but hearing their testimony and their kind of twisting of the truth and story re-motivated me to speak. Finally then it was my turn to speak. My heart was pounding faster than ever as I approached the microphone. It all happened so fast that I really can’t recall my testimony specifically. I shared my experience canvassing on the issue, all the community support that I experienced talking to concerned citizens. Just like that it was over and I took my seat, with my heart still racing and my body shaking. Despite the fear and uncertainty, I could not have been happier with my testimony.

If I could do it over again of course I would prepare a little more, but I wouldn’t trade this experience for the world. My biggest takeaway from the hearing was not my own testimony, but the testimony of all the concerned citizens. It felt very good to see all these people getting involved. People often seem to have the attitude that getting anything done through government is hopeless, but hopelessness is a self-fulfilling prophecy. These fights often seem hopeless, but that does not mean that it is not worth the effort. Great things have been accomplished throughout our history from showings of community support and strength in numbers. In these challenging times its often difficult to find hope, but seeing all these citizens doing whatever they can to make their voices heard gives me hope. This experience was a keen reminder that it’s never too late to get involved and do everything in your power to make a difference.