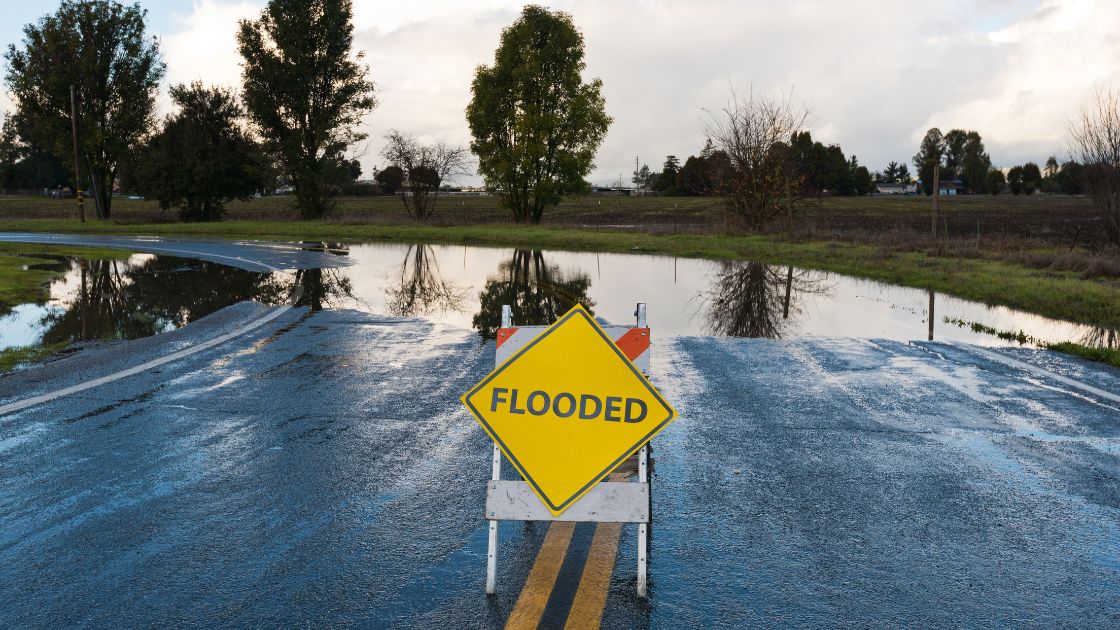 Trenton, NJ — Elected officials, flood victims, emergency responders, affordable housing advocates, environmental justice leaders, et al. at a Statehouse press conference today called for the strengthening, and accelerated adoption, of DEP’s proposed Inland Flood Protection (IFP) and other delayed climate rules ordered by Governor Murphy. They have been the subject of repeated delay despite DEP’s suggestion of an emergency and DEP will conduct a virtual hearing on the IFP rule this Wednesday, January 11th at 1 pm.

The IFP rule corrects outdated portions of the Flood Hazard Area and Stormwater Management Rules to better protect people and property from devastating flooding that science shows is occurring with increasing frequency due to climate change. Currently, the state underestimates these floodplains because it uses outdated 20-100 year old data that does not account for recent development and increased rains due to climate change. The rule as proposed requires:

“Climate change is making flooding worse for communities across New Jersey,” said Senator Linda Greenstein (D-Mercer/Middlesex). “I am confident that with this new rule in place, we will be better equipped to face the challenges of flooding and emerge stronger and more resilient as a state.”

“The Borough of Manville has unfortunately become ‘ground zero’ for the effects of poor stormwater management regulations.  Major flood events have occurred that have only become much worse over time. The amount of impervious cover added to our watershed is well beyond the tipping point. Apartment complexes and warehouses are taking over our landscapes. Sadly, stormwater runoff from upstream communities is a major threat to Manville. We need improved stormwater regulations to be put in effect immediately,” asserted Mayor Richard Onderko (R-Manville).

Visiting Ida flooded areas 16 months ago, Governor Murphy said: “The world is changing. These storms are coming in more frequently. They’re coming with more intensity. As it relates to our infrastructure, our resiliency, our whole mindset, the playbook that we use — we have got to leap forward and get out ahead of this.”

Advocates are calling on the Murphy Administration to have its actions match its words here by:

“Weak flood protections upstream unfairly and disproportionately impact already overburdened communities downstream from increased flooding to raw sewage from combined sewer overflows. While beginning to fix that, this rule needs to be strengthened and expedited as do the long promised but increasingly delayed additional rules to better protect residents, especially in these environmental justice communities with the least resources to relocate or adequately protect themselves, their families and homes, from catastrophic climate change and the pollution that causes it”, stated Melissa Miles, NJ Environmental Justice Alliance executive director.

“Climate change is an emergency.  It’s not an emergency next year; it’s an emergency right now! It’s a public health emergency, an economic emergency, and a national security emergency,” said Bill Kibler, Director of Policy at Raritan Headwaters and a first responder. “The preeminent role of government is to protect its citizens. We need to stop putting people in harm’s way. We need to protect our citizens from the destructive effects of more frequent and more violent storms. We need the State of New Jersey to adopt these rules now.”

“We can’t keep building in harm’s way, dumping on overburdened communities, paving over whatever, thinking sacrifice zones, seawalls, and elevated buildings are the way to go. Industry must stop profiting from putting property and people, especially low-income and of Color communities, in harm’s way. Too many victimized families, survivors of Sandy, Ida and worse, are still suffering. We have to do more, better, faster. This rule is the first step to repair our broken disaster prevention and recovery system but DOT has to be held to the same standards as everybody else in this rule and we must apply this new, better science to existing projects yet to receive critical permits,” said Kim Gaddy, founder of Newark’s South Ward Environmental Alliance and Clean Water Action’s national environmental justice director.

“Due to the fact we are a river community these protections are vital to ensure that hundreds if not thousands are not adversely affected by the changes in our climate. Although the City Of Burlington is currently considered overburdened as an administration I think there is tremendous value in working with municipalities to adopt these policies and protect the residents of hyper local communities like ours,” said Seigha Omuso, Executive Director of The Opportunity League in Burlington City and Community Engagement Coordinator for Pinelands Preservation Alliance.

The IFP and related rules are part of the Protecting Against Climate Threats (PACT) initiative, a package of roughly a dozen rules under Executive Order 100 3 years ago Governor Murphy ordered DEP to adopt by last year but the vast majority of these rules have been delayed and/or weakened, only 3 adopted, and roughly half have yet to be even proposed. PACT is supposed to better protect lives, communities, the economy, and environment but the advocates say it can’t if it’s not implemented.

“NY/NJ Baykeeper thanks the Murphy Administration and the NJ Department of Environmental Protection for moving forward with the highly anticipated Inland Flood Protection rule,” said Michele Langa, Staff Attorney for NY/NJ Baykeeper and Hackensack Riverkeeper. “The proposed rule will require stormwater Best Management Practices to manage runoff for future storms and require the use of updated flood elevation data. We urge the rules to be adopted as soon as possible and stress that any further delays will be another detrimental blow to communities battling frequent flooding.”

“These updated flood protection rules are critical to saving lives. New Jersey currently uses rainfall data dating back to 1899, 20 years before women won the right to vote, to plan for 100 year storm events,” said Jennifer M. Coffey, ANJEC Executive Director. “We know that with climate change, the past is no longer a predictor of the future. These new rules use current data and climate modeling to determine modern flood plains. We need to stop developing in places that we know flood regularly. These rules will protect the lives of New Jersey residents, reduce physical and economic damage of future floods, and benefit our environment and shared waterways.”

“New Jersey will continue to experience severe weather events and 100-year storms due to the imminent impacts of climate change, and our best weapon against it is resilience”, said Anjuli Ramos-Busot, NJ State Director for the Sierra Club. “Adapting to new flood plains, to new flood patterns and building higher make our communities and infrastructure resilient. This is why flood protection rules must be adopted as quickly as possible, like our live depend on it because they do.”

“The proposed flooding rules are desperately needed to prepare New Jersey communities for the next storm — not one from last century. Flooding from Hurricane Ida and countless nor’easters is a painful reminder that the impacts from climate change are now in our streets and at our doorsteps,” said Doug O’Malley, director of Environment New Jersey. “NJDEP needs to adopt these rules as quickly as possible and should move to ensure all pending permits are paused until adoption to ensure developers do not beat the clock for new flooding protections. These rules should be adopted without exemptions for our roads — we can’t escape floodwaters on our roads. These rules are a long time coming and every storm is a reminder that Mother Nature won’t wait for us.”

“For each project we approve under outdated standards, we are subjecting all of New Jersey to future flooding.  What we approve today will be with us for decades.  That is why we are renewing our call for a moratorium on all new permits until all of NJPACT is adopted,” said Michael Pisauro, Policy Director for The Watershed Institute. “Three years ago, Governor Murphy announced bold action to protect NJ with NJPACT.  Like past Governors who have taken bold action to protect NJ while rules are put in place, Governor Murphy should issue a moratorium until NJDEP has adopted all of the rules anticipated by the Governor’s E.O. 100”

Written comments on the IFP rule will be accepted until February 3, 2023.