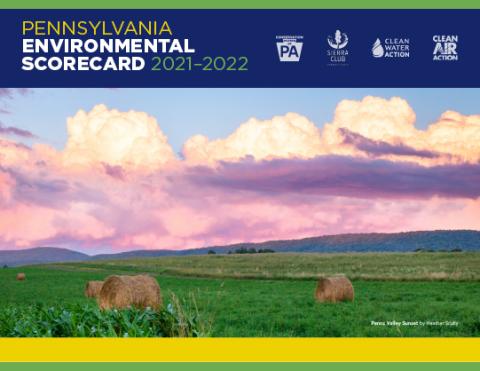 Democracy works best when residents like you understand the crucial legislation being voted on in Harrisburg that impacts our families, air, water, and health. That’s why Clean Water Action joined with allies to develop the 2021-2022 Pennsylvania Environmental Scorecard.

Much of the legislation scored this session attacked the regulations that protect our environment. This jeopardizes Pennsylvanian’s constitutional right to clean air, pure water, and the preservation of the natural environment — flying in the face of the oath our elected officials took to uphold this provision. New to this session’s edition was scoring assaults on the systems that ensure fair and equal participation in elections which represented a grave threat to our democracy.

Yet in a rare demonstration of what’s possible when legislators work across the aisle, the Senate unanimously passed a bill that would more accurately identify childhood lead poisoning, and both chambers adopted a 2022 state budget that included transformational funding for conservation, clean water, and clean energy.

Most of the progress made during this session, however, was driven by the Executive Branch. This included joining the multi-state Regional Greenhouse Gas Initiative, establishing the first regulation to limit PFAS contamination in drinking water, and creating standards to reduce methane pollution from the fossil fuel industry.

We hope the scorecard will be used as a tool not just to see how your legislators voted, but to engage lawmakers and hold them accountable for their votes. View the scorecard here.

The top of the November 8th Election Day ticket features two open offices that could change the paths for our environment in Harrisburg and Washington D.C. That’s why we’ve endorsed Josh Shapiro for Governor of Pennsylvania and John Fetterman for United States Senate.

Our state elected officials are assuming an added role of importance as recent United States Supreme Court rulings shift the burden for addressing significant issues onto them. Under this new dynamic, there’s no more important office than governor because its next occupant will chart the Commonwealth’s future agenda. Josh Shapiro has a career of standing up for the environment. In the State House he supported legislation that provided funding to clean up rivers and streams. As a Montgomery County Commissioner, he made public investments in parks and trails and as Pennsylvania Attorney General, he charged fracking companies with environmental crimes for their contamination. If elected governor, Josh’s top priority will be to take real action on climate change by transitioning Pennsylvania into a clean energy future that includes reaching net-zero emissions by 2050 and creating thousands of good paying green jobs. Josh will also prioritize tackling our ongoing lead crisis by channeling more funding into lead service line replacements and testing for schools and public housing.

The dynamics in Congress have made it challenging if not impossible to meaningfully tackle issues impacting our health and communities. By flipping Pennsylvania’s seat, we have a good shot at changing the balance of power in the U.S. Senate so we can meet these challenges head on. If elected as our next United States Senator, John Fetterman will be a voice for environmental justice communities that have been disproportionately impacted by pollution and for strengthening Clean Water Act limits on coal plant water pollution. John currently serves as Pennsylvania’s Lieutenant Governor, a role he helped transform during his 3½ years in office. Prior to that, he served several years in AmeriCorp, started a GED program in the suburban Pittsburgh town of Braddock and was elected and served as Mayor of Braddock for 12 years.

There are numerous critical down ballot races for the United States House of Representatives and the Pennsylvania General Assembly in this cycle as well. We’ve also endorsed:

Be sure to stop by our endorsement webpage as we continue to roll more out.

After a phase-in period of one year that will allow big and small businesses to switch out their inventory and change their business models, it will become illegal within the City of Pittsburgh for businesses to distribute most single-use plastic bags. Under this landmark legislation, only recycled content paper bags will be distributed to shoppers, but even those will be discouraged by being subject to a 10 cent fee for anyone who does not bring their own reusable bag. The fee, assessed on paper bags, will go back to the business so as not to be an undue burden on their operations. There are notable exceptions to help low income residents avoid unintended burdens by allowing anyone paying with an EBT card or WIC voucher to not be charged the fee. The city will also be required to conduct three studies during various stages of implementation to help determine how effective the policy is and whether adjustments are needed.

This was BIG for our environment and our communities that are blighted by plastic bag litter! In passing this measure, supporters noted both global issues as well as neighborhood ones that can be addressed through this important action.

This victory, however, was in jeopardy of being short-lived when Allegheny County Executive Rich Fitzgerald vetoed the ordinance, arguing that he didn’t want to tie the hands of future county officials. Clean Water Action disagreed wholeheartedly with this because it essentially said that any council actions are in general futile. Recent changes in Allegheny County Council have also increased the number of members who place a greater value on conservation and our environment. But holding onto the 10 votes needed to overturn the veto wouldn’t be easy with the County Executive applying pressure on councilmembers.

Clean Water Action and allied groups ramped up our outreach and mobilization efforts. As a result, the County Council overrode the County Executive’s veto — the first time that had occurred during his 11 ½ years in office. In fact, the pressure we applied was so impactful that we ended up picking up an additional vote on the veto override from where the vote count was for initial passage. This was another big win and an example of what can happen when we come together and utilize people power for the betterment of our communities and environment!

A Shared Vision for Pennsylvania’s Environment and Communities 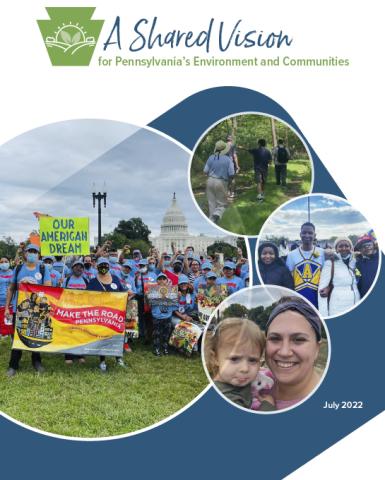 Each election, and the new governing session it ushers in, mark a renewed opportunity to collectively determine the direction of our Commonwealth in the years ahead. It’s important during these times that we all rise up and press for a healthy environment and democracy. That’s why we came together with allied organizations across Pennsylvania to develop “A Shared Vision for Pennsylvania’s Environment and Communities.”

Pennsylvania faces myriad pressing environmental issues that are interconnected. The science of the climate crisis, and its effects on the lives of Pennsylvanians, compels urgent and bold action. Our waterways remain one of our most precious resources, yet they face a multitude of challenges from aging and lead-laden infrastructure, toxic PFAS chemicals, acid mine drainage and plastics pollution. Aging homes throughout the state contain damaging lead paint, asbestos, and other toxins that impact the health of the most vulnerable. Our democracy is also under threat from efforts to limit voting access. Without a healthy and vibrant democracy we can’t have a healthy environment.

“A Shared Vision for Pennsylvania’s Environment and Communities” offers solutions that we believe our next governor and state legislature can enact to address these issues. Learn more about these proposed policies here. 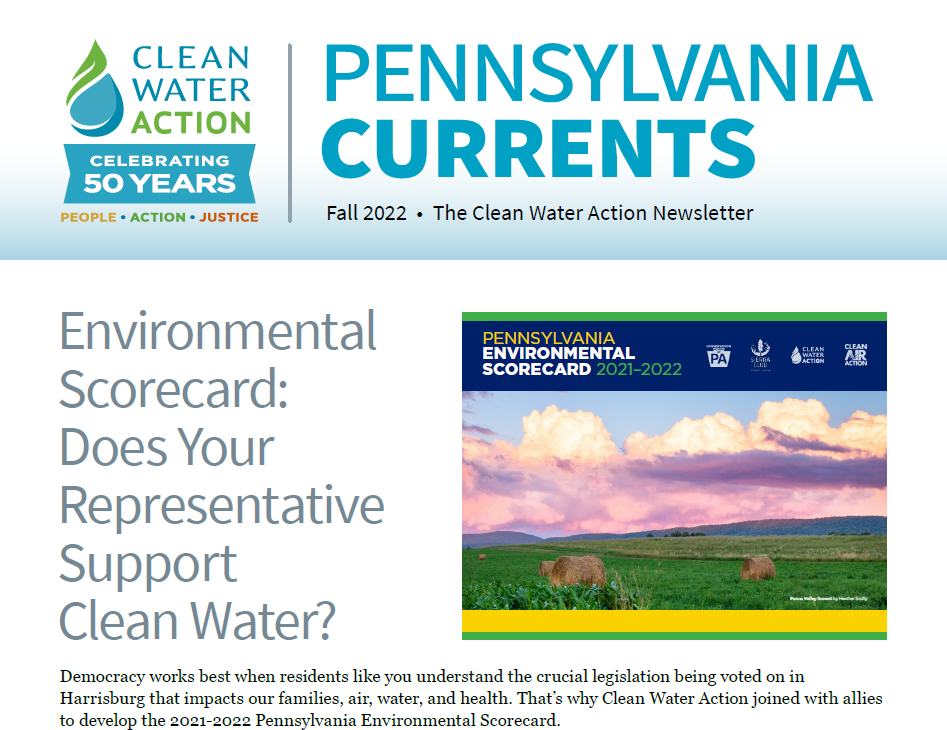