On September 18th, after decades of local struggle and grassroots advocacy, New Jersey made history. Governor Murphy signed into law a first of its kind Environmental Justice Bill (S232). The law will direct the NJ Department of Environmental Protection (DEP) to deny or condition certain permits due to cumulative, disproportionate impacts of pollution in overburdened communities. It is a beacon for environmental justice (EJ) communities across every state and can pave the way for comprehensive national legislation currently being offered by US Senator Booker.

“This new law gives the state the power to ‘just say no more’ pollution in my neighborhood and others like it. My children can look forward to breathing cleaner air as they recreate in Weequahic Park. New Jersey now has the strongest EJ law in the nation and demonstrates that Black Lives Matter,” said Newark resident Kim Gaddy, Environmental Justice Organizer, Clean Water Action. Watch and share Governor Murphy’s promotional video featuring Clean Water Action’s Kim Gaddy here. 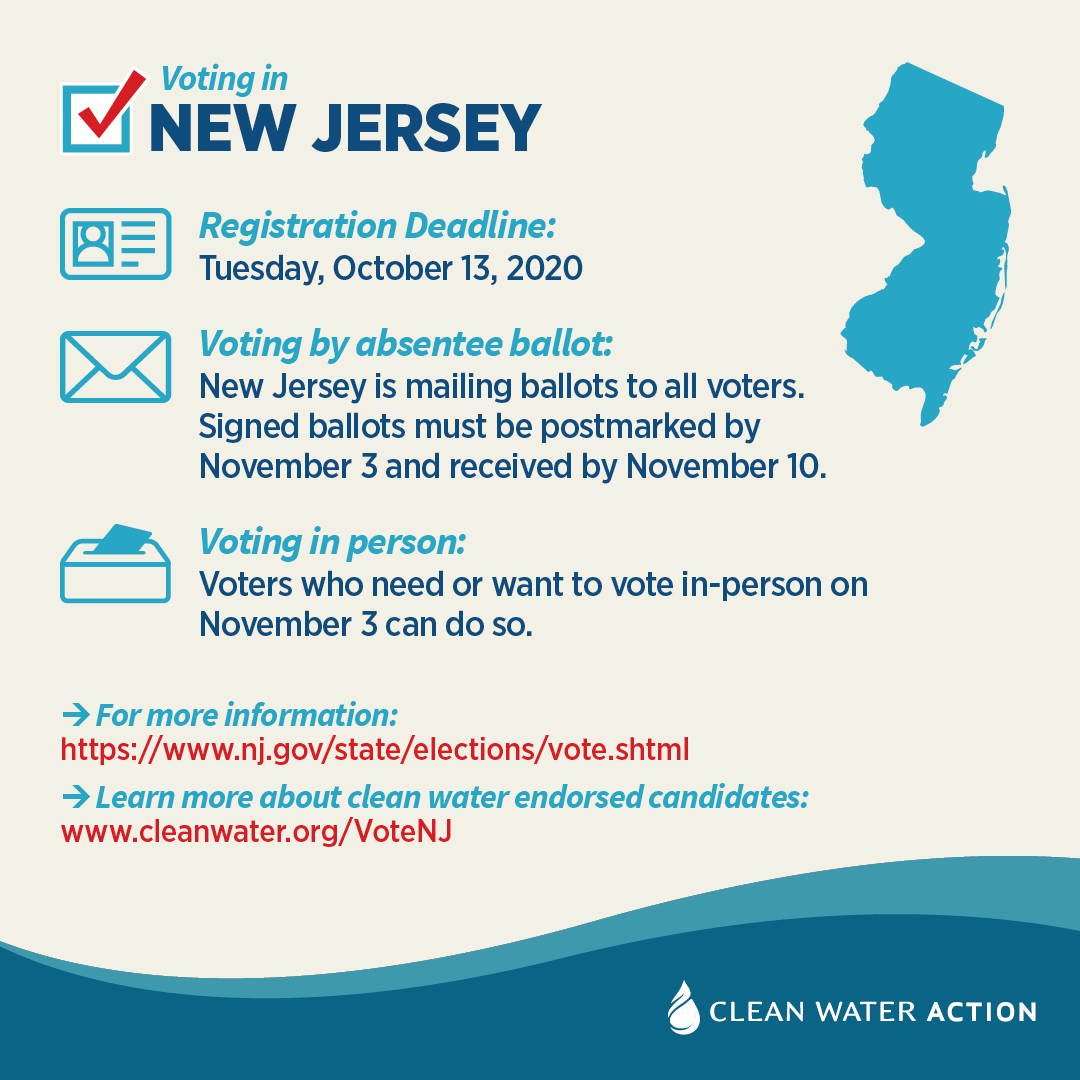 How to Vote in NJ

You’ve done your research and got your ballot. You’ve studied Clean Water Action’s Congressional Scorecard and read up on the candidates they endorsed. If you have not already voted, you are ready to vote! There are LOTS of secure and safe ways to participate in the democratic process in New Jersey this year.

Due to the ongoing pandemic, Governor Murphy issued Executive Order No. 177 declaring that the November 3rd, 2020 General Election in New Jersey will offer vote-by-mail as the primary, but not exclusive, means of casting your ballot. Here’s how it works 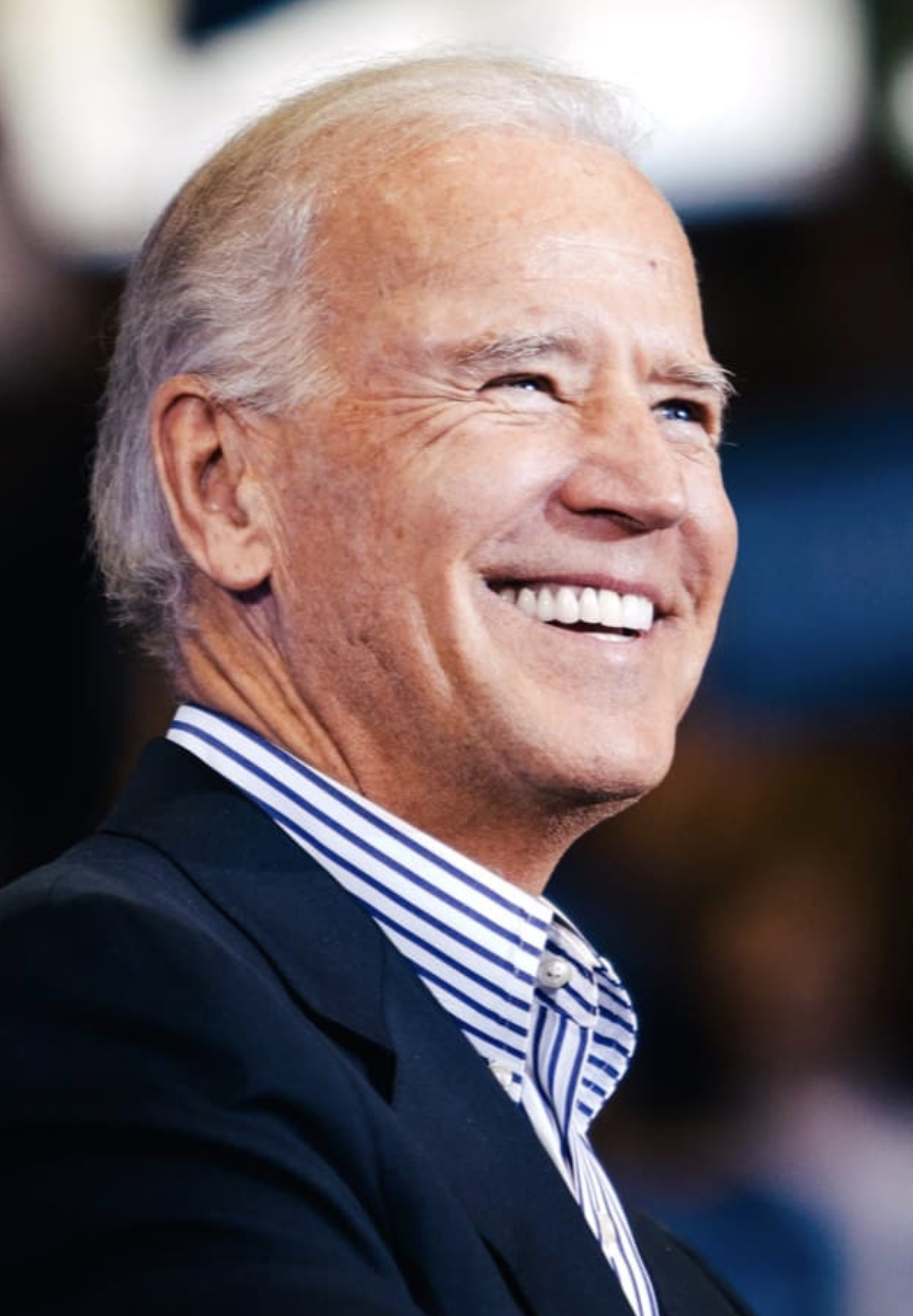 Clean Water Action is proud of its long history of sending NJ’s pro-environment leaders to Congress. This year, Clean Water is proud to endorse several long time champions, first termers who have proven themselves, as well as a new challenger. Want to help get these Clean Water Action endorsed candidates across the finish line? Pledge to be a Clean Water Voter!

Clean Water is very excited to endorse Amy Kennedy as she challenges Jeff Van Drew in the 2nd congressional district (CD2)! Kennedy will fight for the restoration and strengthening of America’s cornerstone environmental laws like the Clean Water Act. As someone who has lived in Atlantic County much of her life, Kennedy knows that climate change is a real threat to New Jersey’s coastline. She will fight for policies that move the nation and our state away from fossil fuels and towards a renewable energy future. The Jersey Shore deserves a new environmental champion. This race is a major priority for Clean Water Action.

Josh Gottheimer (CD5) secured the organization’s  endorsement as a leading advocate  to get lead out of our drinking water. Clean Water is proud to again support Representatives Frank Pallone (CD6), Bill Pascrell (CD8), and Bonnie Watson Coleman (CD12) who are environmental champions, consistently scoring 100% on our national environmental scorecards.

At the top of the ballot, Clean Water Action endorses Joe Biden and his VP Kamala Harris. Biden and Harris will restore the country’s global role in addressing climate change and have committed to significant investments in clean energy and to aggressive reductions in climate change emissions. They also support critical democratic reforms to ensure that people and community voices are not drowned out by money in politics, lack of ballot access, and ethics problems.

To find out more about Clean Water Action Endorsements, please visit this page. And don’t forget to pledge to be a Clean Water Voter in 2020! 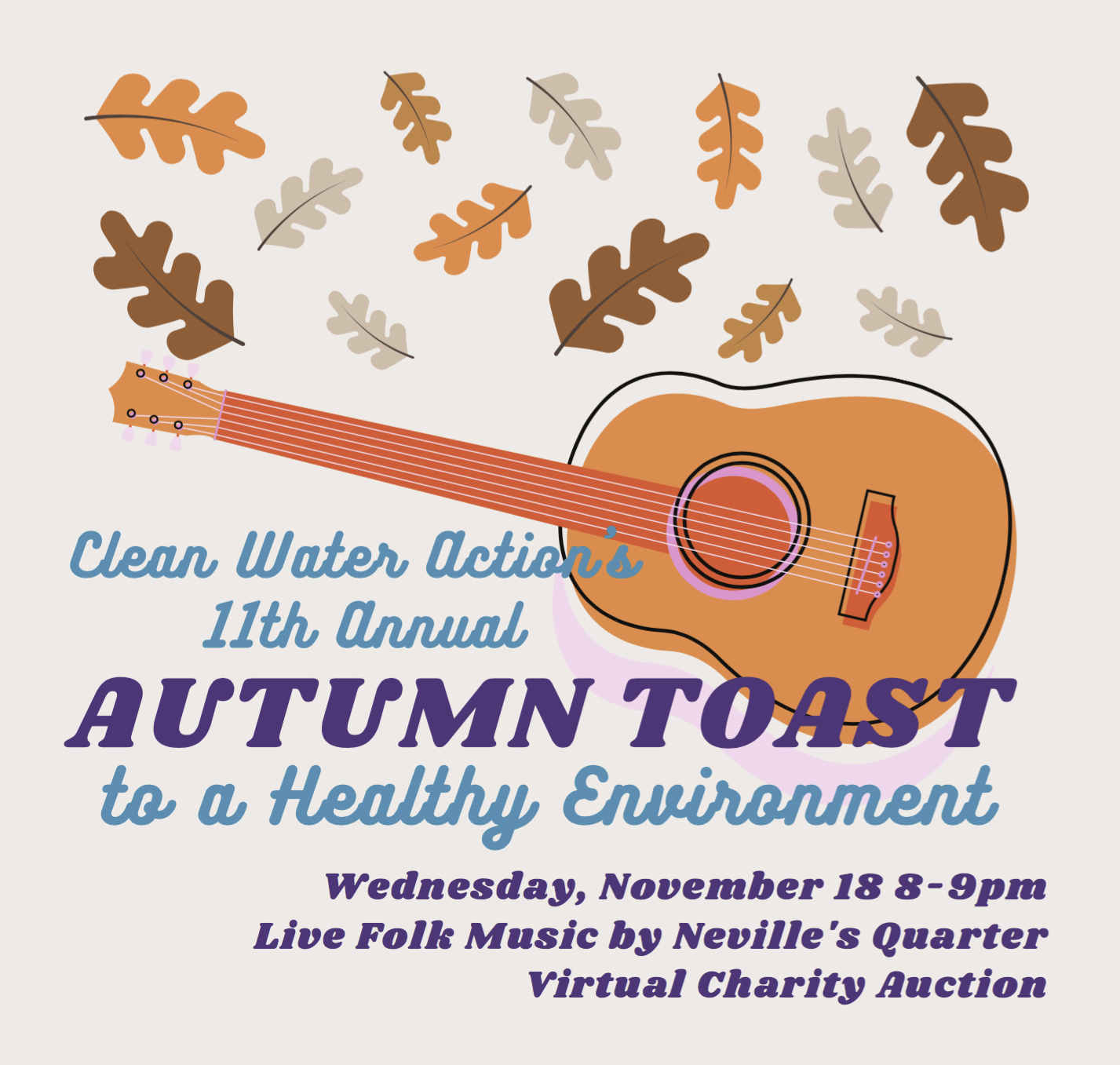 Kick off the holiday season with a toast to the environment!

Join us virtually on Wednesday, November 18th from  8 to 9 PM for an evening of live folk music with Neville’s Quarter, lively discussion, and a virtual silent charity auction to benefit Clean Water Action and Clean Water Fund. RSVP here.

Dodge Poetry Festival is going virtual and Clean Water is bringing our Green Team to you! Stream the festival free starting October 22 – November 1. Get tips on going zero waste at home. 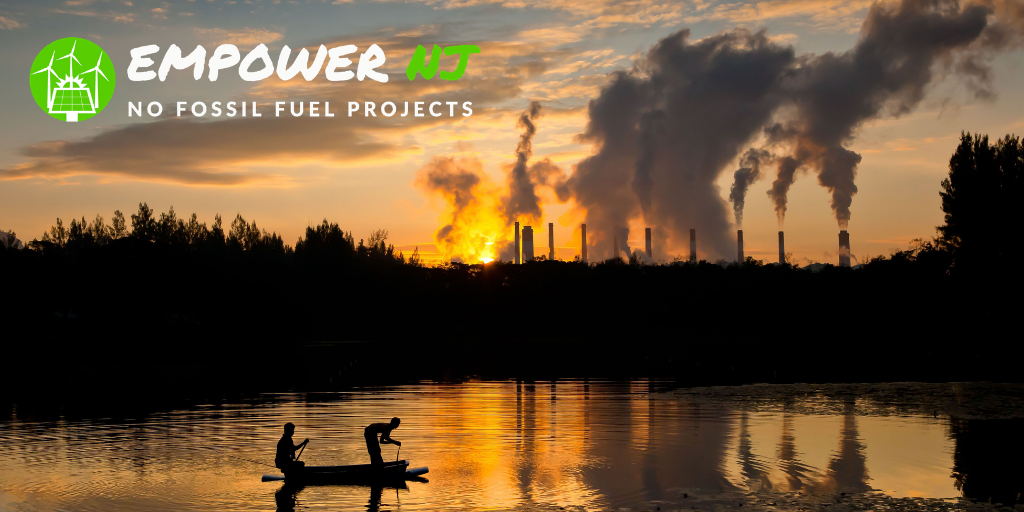 New Jersey vs. the Climate Crisis

Despite the cool, crisp fall weather, the Northern New Jersey skies have had a hazy glow caused by raging fires out West. Newscasts also carry images of flooding in the South while multiple tropical systems churn their way up the Atlantic coast. The climate crisis is here.

The scientific consensus of the International Panel on Climate Change (IPCC) is that the world needs to achieve 45% cuts in emissions as soon as possible and we need to start now. The time for delay is over — but the federal government under the Trump administration has spent more time rolling back action than addressing the crisis. It’s time for states to take the lead.

First, here is the good news! New Jersey is moving towards a cleaner, more renewable energy economy. New Jersey has already contracted for 1100 megawatts (MW) of offshore wind, an additional 2400 MW just went out for bid, with ambitious plans to construct a wind hub in South Jersey to manufacture and assemble turbines for the entire Eastern Seaboard, creating a major score of local union jobs.

After a larger coalition effort, called EmpowerNJ, the NESE pipeline project (through Raritan Bay) was rejected by the NJ Department of Environmental Protection (DEP) due to lack of need. Earlier this year Governor Murphy publicly withdrew support for the proposed North Bergen Liberty Generating station, and the courts dealt a major blow to the proposed PennEast gas pipeline.

While two more projects have been put on hold, they have not been canceled. Construction of the SRL frack gas pipeline continues despite a partial stop work order due to numerous violations including damage to the foundation of a nearby home and fouling local streams along the pipeline route. The proposed liquid natural gas (LNG) export terminal in Gibbstown, NJ was recently delayed as a result of over 70,000 petition signatures being delivered to 5 governors in the Delaware Basin and Delaware River Basin Commission deciding to postpone permit approvals by a 3-1-1 vote. Unfortunately, NJ Transit continues to move forward with plans for a frack gas power plant in Kearny. The  NJ Turnpike Authority wants to spend $16 billion of your toll hike dollars on highway widening instead of high value “fix it first” and mass transit projects. Powering mass transit with fracked gas, putting more cars  on the road, polluting the air while creating fewer jobs is not a path to a sustainable climate future.

As Clean Water Action and its allies continue to work against individual fossil fuel projects, the state is drafting of Protecting Against Climate Threat (PACT) rules, New Jersey’s strategy to combat climate change. While the goals of the plan are ambitious, it is too early to tell if the state’s proposals will meet the scale and urgency of the problem.

Most of New Jersey’s policies to date simply aren’t bold or ambitious enough. If the Garden State is going to be part of the solution, it must establish interim benchmarks (every 5-10 years) to reduce greenhouse gases more swiftly and address short-lived climate pollutants like methane and black carbon more aggressively. The draft rules are being written now, but not expected to be completed until early 2021 or implemented until 2022.

This is where Clean Water Members come in. Clean Water Action leads EmpowerNJ, a statewide coalition of volunteers, community groups, and activists of all ages working together to pressure Governor Murphy to declare a moratorium on all 12* proposed fossil fuel projects. The state can’t afford more new gas plants, pipelines and highway expansions. Follow Clean Water Action NJ on Facebook and Twitter to get alerts about rapid response calls to action. It’s time for hands on deck! Community members and activists must push New Jersey to lead the way out of the climate crisis by saying both NO to any more fossil fuel projects and YES to renewable energy and electrifying vehicles.

To get more involved sign the Empower NJ Climate petition

*EmpowerNJ report initially identified 12 NJ fossil fuel projects, three of which have been stopped, 3 new projects have since been added including highway widening, LNG terminal and NJTransit gas plant with another compressor station expansion in the Highlands region just announced.

The referenced media source is missing and needs to be re-embedded.

More than 55 local ordinances and tens of thousands of handwritten letters later, the NJ Legislature finally passed the statewide disposable carryout bag and styrofoam ban. On September 24, the Assembly passed the stronger Senate version championed by Senator Smith. This was accomplished with critical support from Senate President Steve Sweeney, Assembly members Pinkin, McKeon, and Timberlake, and Speaker Coughlin  Now it’s up to Governor Murphy to sign the bill into law as soon as possible. Contact him today - click here.

This legislation bans single-use plastic bags and polystyrene foam food containers, and makes disposable plastic straws only available by request. It also goes one step further than eight other states by banning single use disposable paper bags as well. Reuse of durable washable bags is key to moving towards a zero waste circular economy. In doing so, our communities, health, and ecology are better protected and businesses can operate with less waste and at less cost.

Zero waste champion Senator Bob Smith never rests — nor does Clean Water Action. The organization is working with him on a bill (S2515) that would require a higher percentage of recycled content in packaging. The Senate Environment Committee has already had two hearings. Amendments are still being made. Carried out in tandem with implementation of S864/A1978, NJ has the potential to both boost the NJ recycling industry while preventing plastics from polluting landfills, incinerators, waterways and neighborhoods. Stay tuned for action alerts! 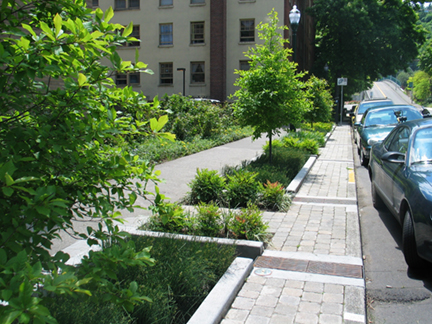 Twenty-one NJ cities, including Newark, are working hard to complete Long Term Control Plans for their Combined Sewer Overflows (CSO) as required by the federal Clean Water Act. If properly implemented, they would prevent billions of gallons of raw sewage and toxics in stormwater from entering NJ waterways and neighborhoods.

To help bring these plans to life, Clean Water Action and its community partners are working to promote green infrastructure projects, such as the Adopt a Catch Basin and ReThink Disposable programs. These projects educate community members on stormwater issues, train the public and local businesses to keep storm drains free of debris, reduce localized flooding and prevent the generation of waste and litter from single-use disposables. 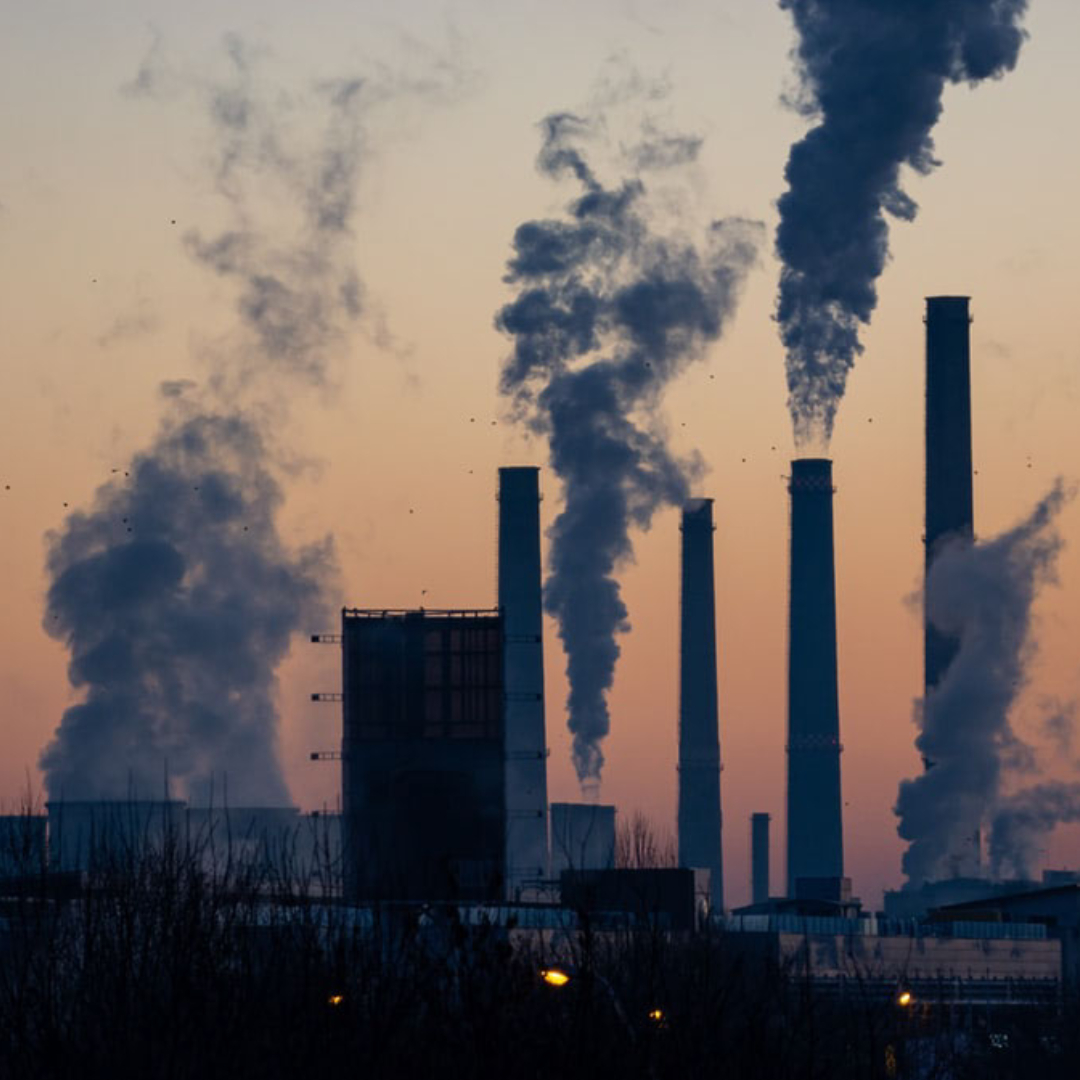