In the Summer of 2019, the Whitmer Administration promulgated a rule-making process to create Michigan’s first-ever enforcement standards for seven PFAS chemicals. Clean Water Action participated throughout the stakeholder process to ensure the MCL’s (maximum contaminant levels) were as stringent as possible and based on the most up-to-date scientific research. After months of stakeholder engagement, the Michigan Department of Great Lakes and Energy finalized their draft rule and sent it to the Governor’s desk for approval. From there, the rules moved to the Environmental Rules Review Committee (ERRC) where they needed to be approved in order to move to an open public comment period. This rules committee, which was created by the Michigan legislature in 2018 and signed into law by then-Governor Rick Snyder, is made of industry stakeholders. 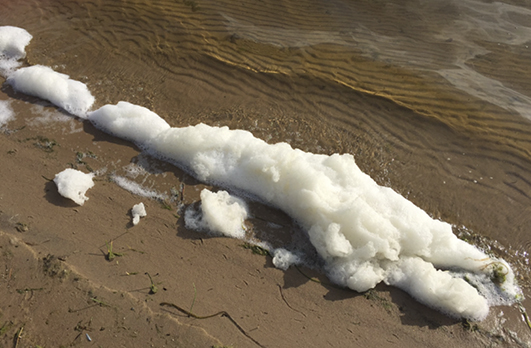 It’s why, when Clean Water Action was working to stop the legislation from moving forward, the panel was referred to as the “polluter panel”. Staff submitted comment to the ERRC at their October meeting, calling on them to approve the draft rules and move them forward in the process to allow a public engagement and comment period.  After delaying, the ERRC did vote to move the rules forward. Next step is a public comment period which will likely begin in January 2020 and last for 60 days. Clean Water Action will engage our members and the public to submit comments calling for the strongest possible PFAS standards in order to ensure all Michiganders have access to safe, clean drinking water.

Work For Me, DTE

For too long, DTE has made decisions that benefit its shareholders, not its customers. The Work for Me, DTE campaign is a coalition of organizations working to change that through actions targeted at the Michigan Public Service Commission (MPSC), the body that regulates utilities and advocates on behalf of Michiganders. Join Clean Water Action in supporting this important campaign by submitting a comment on DTE’s 15 year plan, which includes potentially building a new gas plant that endangers the health of our communities and planet. Even if you’re not a DTE customer, go to work4medte.good.do today and submit your comment and tell the MPSC that Michiganders have a right to clean, safe and affordable energy!

Winter is Coming: Time for Additional Protections in the Straits of Mackinac

As the infamous gales of November sweep across the Great Lakes, the season that poses the greatest threat of an oil spill from Enbridge’s Line 5 pipeline in the Straits of Mackinac is upon Michigan. In November of 2017, former Governor Snyder made a deal with Enbridge Energy that Line 5 would  temporarily shut down when wave height in the Straits reaches a median height of eight feet for more than an hour. The intention was to ensure that the pipeline does not operate in conditions that make oil spill cleanup exceedingly difficult. The problem with the “eight foot rule,” is that eight feet is an arbitrary requirement. Snyder signed the agreement to make it look like he was doing something to minimize the impact of a Great Lakes oil spill, when in fact the rule has had no impact.

Manufacturers of oil spill cleanup equipment note that the products that would be used in an attempt to clean up an oil spill in the Straits do not function in waves higher than 3.3 feet, or winds stronger than 18 mph. Further, the US Coast Guard has testified publicly that they would not be able to deploy boats and personnel for oil spill response in waves higher than three feet.

So while the eight foot shutdown requirement is arbitrary, a requirement that Enbridge shut down Line 5 when wave heights reach a median of three feet for over an hour, or wind speeds of over 18 mph would be a protective requirement grounded in science and the feasibility of cleaning up a massive oil spill in the Great Lakes.

It is alarming that currently there is no credible oil spill response plan in place for Line 5, the Coast Guard has testified before Congress that they are not always prepared for an oil spill in the Great Lakes, and there is no current requirement that the pipeline be temporarily shut down in conditions that would make a cleanup impossible. This is especially concerning given recent revelations in a new report that Michigan taxpayers, not Enbridge, are currently liable for paying for cleanup of a Line 5 oil spill.

All sides to the current Line 5 dispute, Enbridge included, say  they want to get the current pipeline out of the water to avoid a devastating rupture in the Great Lakes. A requirement that the flow of oil and natural gas liquids through Line 5 cease in waves larger than three feet, or wind speeds over 18 mph would be a very positive step towards ensuring that mutual goal. Join us in calling on Governor Whitmer to implement and enforce this critical rule. 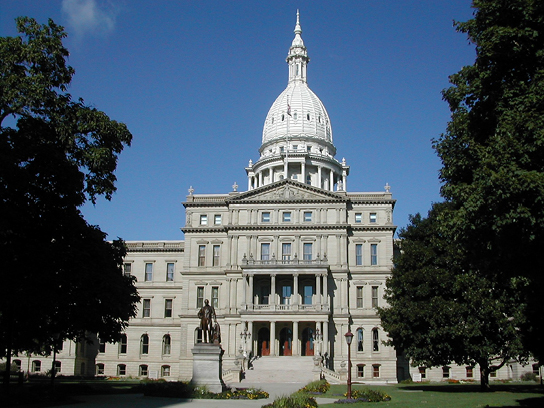 On September 30th, Governor Whitmer signed the state budget — just hours before a state government shutdown would begin had the budget not been signed. While Clean Water was supportive of the Governor’s budget priorities and the fact that her proposal included $2.5 billion in sorely needed new revenue, the budgets sent to her desk by the state legislature unfortunately continued the extreme disinvestment that has plagued Michigan’s state government for the last twenty years. Clean Water Action advocates for new revenue and solutions to Michigan’s budget issues, and you can help! Learn more at www.cleanwateraction.org/mi

E. coli is often mentioned in reference to combined sewer overflows and large-scale agricultural operations, but there is another major source of E. coli in water that every state in the country other than Michigan has worked to eliminate — leaking and failing septic systems. Clean Water Action has campaigned to protect Michigan’s lakes and other surface waters from failing septic systems since 2017.

Michigan is the only state in the country that has no statewide regulations for the installation and maintenance of on-site wastewater management systems, and only 11 of the state’s 83 counties have established septic codes. The consequences of this are evident across the state. In a 2015 Michigan State University study, all 64 rivers examined for E. coli were found to have higher than federally allowed levels of E. coli. The Michigan Department of Environment, Great Lakes and Energy (EGLE) estimates that approximately half of the rivers and streams in Michigan exceed the water quality standard for E. coli. About one in every five monitored beaches have had closures recently due to bacterial pollution.

Oakland County, with more inland lakes than any other county in Michigan, has about 100,000 septic systems. Currently, the county has no regulations or requirements for septic inspections and frequently has problems with E. coli contamination of rivers and lakes. Thanks to Clean Water’s organizing and the advocacy of residents in the county, the Oakland County Board of Commissioners voted to pass a resolution urging the state to create a strong statewide sanitary code. They are prepared to lead by example if lawmakers in Lansing refuse to act. We will also continue working with lawmakers to work towards a strong statewide sanitary code that will protect our communities’ health and safety. 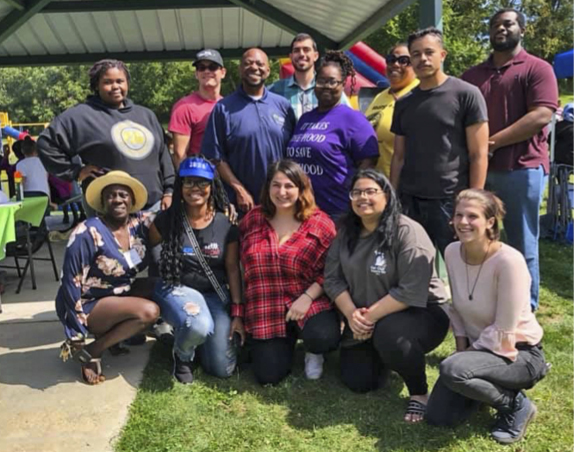 With swaths of the midwest covered in floods, wildfires ravaging through the west, and hurricanes wreaking increasing devastation, the climate crisis is growing ever more visible. Meanwhile, Michiganders pay some of the highest electricity rates in the country for energy from outdated sources — like coal and natural gas — that harm  communities and the environment.

This is why Clean Water Action participates in Empower Michigan: a state table of multiple organizations that work together toward building a more powerful movement in Michigan in support of equitably eliminating greenhouse gas emissions by 2050. Participating in this space allows us to collaborate with and support others — particularly environmental justice organizations — in fighting for the wide adoption of energy efficiency and clean energy that advances racial and economic equity.

In September, Empower Michigan hosted its first ever “Seat at the Table” event, where more than 50 community members from diverse backgrounds gathered in Detroit to talk about what an energy system that works for everyone might look like. We hope to host these events all over Michigan in order to better advocate for a “People’s Power Plan”: an energy future that puts people over profits and leaves no community behind. 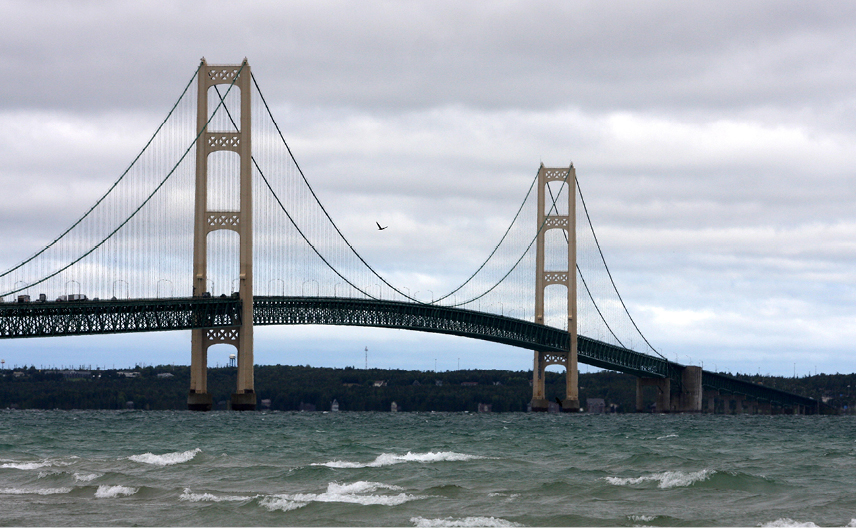