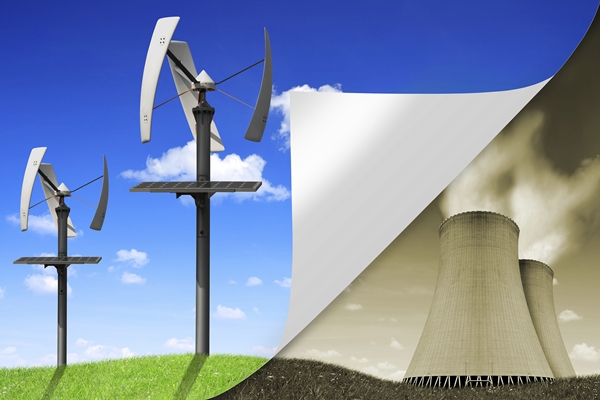 Clean Water Action and Grandmother's Mothers and More for Energy Safety (GRAMMES) played a critical role in the early closure (September 2018) of Oyster Creek Nuclear Generating Station in Lacey Township. The groups spearheaded the drive to shut the plant during the relicensing battle in 2009 by bringing to light the rusting and corroding of the reactor’s drywell, the steel containment that shields the public from massive radiation in the event of a meltdown. The intervention led to increased safety monitoring through ultra-sonic testing.

The immediate and crucial public safety issue is a complete decommissioning of the plant that would prioritize transfer of the highly radioactive spent fuel rods out of the overhead pool and into hardened dry cask storage. That waste, which will remain radioactive for tens of thousands of years, is not going anywhere anytime soon. There is over 750 metric tons of highly radioactive waste on site. Decommissioning the plant could take over a decade, and employ up to 650 skilled workers.

The Oyster Creek nuclear generating facility was closed September 2018. Ratepayers have contributed $980+ million toward the decommissioning fund; but the fate of this fund, who will decommission the plant, be responsible for the waste and future liability is not certain. Our state has the opportunity to be at the forefront of the decommissioning process, as well as the phase out of the Salem and Hope Creek facilities at the end of their current licenses if not before as renewable energy and other measures are put into place. Taking proactive measures is key. Clean Water Action recommends:

Clean Water Action has been involved in identifying and reporting various safety concerns at the nuclear plant for almost two decades. Of particular concern has been the corrosion and deterioration of the plant from age and the accumulation of nuclear waste that will remain highly radioactive for thousands of years. There is about 1.2 million pounds of highly radioactive waste at Oyster Creek. A permanent solution to nuclear waste storage has never been found and is unlikely to occur in the near future. We are left with choosing a least bad option. We agree with our colleagues at Beyond Nuclear that Hardened On-Site Storage (HOSS) to higher ground away from rising seas and worsening storm surges should be seriously considered for coastal areas until a permanent repository is established. Moving the waste thousands of miles out West to a temporary facility from which it would have to be moved again doubles the risk of a catastrophic accident.

Read our letter of testimony to the Environment and Climate Change Subcommittee here.

In 2014, federal regulators moved toward increased oversight following an unplanned, emergency shutdown after valves that control steam pressure malfunctioned. It was the fifth unplanned shutdown since 2013, and as time goes by for the corroding dinosaur plant, mechanical problems continue to mount.

Investigators are looking for the cause, and also determining if plant owners, Exelon, are skipping costly repairs and maintenance since the plant will close in 2019.

Hopes that federal nuclear regulators might demonstrate real concern for people living in frontline communities were squashed recently when a cancer study around nuclear power plants was abruptly cancelled. Citing cost and difficulty, the federal Nuclear Regulatory Commission halted a study to determine if there are elevated pediatric cancer rates in communities surrounding nuclear power plants.

Saying Congressional money must be spent "wisely," the NRC decided that looking into childhood cancer rates was not worth the expense. Nuclear power plants, including Oyster Creek, emit daily low-level radiological releases into the environment. A government report in the late Nineties had concluded that no level of continuous radiation exposure can be considered safe. It's difficult not to conclude that the NRC didn't want to learn the results of this updated research. Equipment failure leads to another unplanned recent shutdown at the plant. Federal regulators issued a "yellow" finding and increased oversight.

Oyster Creek was another Fukushima waiting to happen

Oyster Creek's design is the same as Fukushima' and inherently flawed. Its reactor cavity is undersized and would not be adequate to contain the huge amount of radioactive steam produced in the event of core damage. As a retrofit, vents were installed in the late Eighties, but they lack radiation filters and don't open automatically. If there was a catastrophic event, clouds of highly radioactive steam would be blasted into surrounding communities.

The federal Nuclear Regulatory Commission has consistently ignored recommendations from senior staff who advocated for radiation filters, and upgrades to the vents so that they would open automatically. Reports indicate that operators at Fukushima delayed opening the vents knowing they would be unleashing highly radioactive steam on their families, friends, and homes.

Oyster Creek was an unnecessary risk to New Jersey

It's contribution to the grid can be offset through energy efficiency, and renewables. The 1,100 megawatts of solar energy produced in state last year easily exceeded Oyster Creek's 650 megawatt output.

After 46 years of exposing the public to radiological releases, tritium leaks into the groundwater, thermal pollution of Barnegat Bay, and fish kills, the least Exelon can do is clean up their mess when they close. That will take political will and sustained efforts from the environmental community and concerned citizens.

The Closure of Oyster Creek

On December 16, 2010, we celebrated a victory when former Governor Christie announced closure of Oyster Creek Nuclear plant in 2019 instead of NRC's permission to allow OC to operate through 2029. This announcement came as a result of our pressure to require cooling towers at the plant and Exelon's refusal to do so, leading to its ultimate shut down. This shutdown is a win for the long-term health of Barnegat Bay and a signal that water protection concers are key considerations at Oyster Creek and other plants nationwide.

Nuclear plants, especially older ones like Oyster Creek, pose serious water problems. In addition to leaks, these plants consume and waste large quantities of water in the cooling process. Throughout the entire nuclear cycle, from mining and processing into fuel, to plant operations and the still-unsolved waste management challenges, this technology places our water at risk and adds to the already-staggering costs.

The planned closure of Oyster Creek has opened up new avenues for the state to pursue green technology and create jobs. We now have more tools at our disposal to save the Barnegat Bay and prevent future public and ecological harm from radiation, fish kills, and thermal pollution.

Even though the plant will shut down, a majority of the work force will be employed through a decommissioning phase that could last a decade, and the security and management of the tons of accumulated radioactive nuclear waste will continue forever. Clean Water Action will continue our work as advocates with the administration and all stakeholders to restore the bay, and ensure a just transition for workers.

Over 500,000 people live within the Barnegat Bay watershed year round, with double that number due to summer. The Barnegat Bay estuary covers 42 miles of shoreline and is home to crabs, fish, birds, and other wildlife. The continued economic and environmental health of the watershed and estuary is dependent on the continued health of its waters.

The NJ Department of Environmental Protection (NJDEP) test results found that groundwater contamination from Exelon's nuclear plant was greater than expected, having spread to the Cohansey aquifer, a major source of drinking water for South Jerseyans. The radioactive contaminant, tritium, was found at over 50 times the federal drinking water standard.