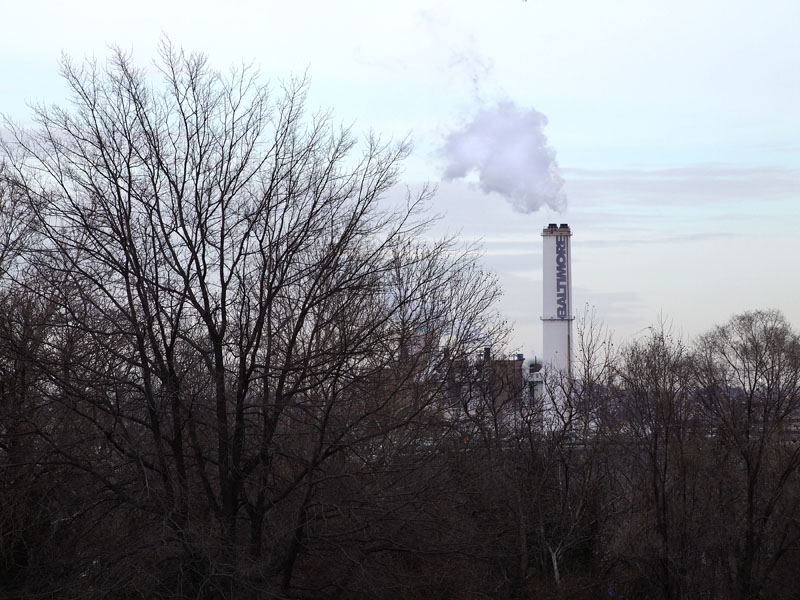 Incinerators are referred to as “waste-to-energy” facilities, but incinerator sites have caused significant environmental, health, and financial impacts on communities and residents. The amount of energy produced by incinerators is considerably less than the amount saved by recycling, and with a greater cost to public health.

The Environmental Protection Agency (EPA) found that incineration produces more carbon dioxide per kilowatt-hour than any other form of power generation, further contributing to climate change. Combustion or “mass-burning” at these sites contributes to 33% more greenhouse gases (GHGs) in the air than archaic coal-fired technology, and emits 90% more GHG emissions per kilowatt-hour.

Incinerators reduce the amount of waste and saves space in landfills, but by only 20% at best, not by 70-90% that is typically asserted.

Incinerators also do not eliminate waste from the waste-stream, and create toxic fly ash, which contains some of the most poisonous concentrations of substances such as dioxins and heavy metals. And because this toxic ash needs distance from other ash to decrease the concentration, incinerators actually need more landfill space than regular landfill disposal. Toxic fly ash is stored in large piles, often inches from roads, communities, and waterways, blowing ash over schools, playgrounds, rivers and streams.

Incinerators release particulate matter (PM), which can be found in solids, liquids, and suspended within the air.

PM has been found to:

There have been no new incinerators built in the US since 1990, but there are currently new incinerator projects in various planning stages in Baltimore City and other counties. Legislation must be passed to protect the health of communities and the environment, and provide the necessary regulations to ensure that public health is a priority over profits.

What is Energy Answers?

Energy Answers is an energy company that proposed to build an incinerator in Curtis Bay, Maryland. As a company their mission is to, “develop effective solutions to environmental problems” and “support long term sustainable development. (1)” The proposed incinerator will be on the Fairfield Peninsula of Curtis Bay, that flows from the Northern Branch of the Patapsco River into the Chesapeake Bay. The plot of land is a 90 acre brownfield that is within a mile of Baltimore public high and elementary schools, playgrounds, and residential communities. Energy Answers framed their project to Baltimore Public Schools and Libraries as to invest in a renewable energy source that eliminates trash from the waste stream and produces renewable energy equivalent to solar, wind, and hydropower. We know this to be a false-claim.

EPA acknowledged on December 2, 2011 that incinerators are known for emitting “mercury, lead, cadmium, nitrogen dioxide and particle pollution. (2)” If the incinerator were to be completed, those living in the community, including the students in the nearby school, would be breathing those toxins on a daily basis. Clean Water Action has teamed up with the local community to engage Baltimore Public Schools about the the unwanted incinerator.

The incinerator would cause current and future generations of Curtis Bay residents to be exposed to air toxins and possible respiratory diseases like asthma and lung cancer. If Baltimore wants to reduce waste, the Energy Answers incinerator is the wrong answer because it causes more problems than it solves - generating pollution by burning unwanted material instead of reducing waste at the source.

Incinerators aren’t as efficient as industry claims. Based on the Environmental Integrity Project’s report, incinerators need tons of trash to produce at the most 200 megawatts (3). There is little net gain from incinerators - they cost energy to produce little. Claiming incinerators are efficient is just another way to hide the true environmental costs of this project. Spending millions of dollars, years of effort, and scarce resources to burn trash with little benefit to energy demands is a lost cause.

As of now, all but one of the Energy Answers investors have backed out of the incinerator project due to pressure from Clean Water Action and local residents, but it isn’t dead as long as the company owns the land and holds a valid permit. Current community supported solutions for the vacant property include a solar farm, that would generate electricity without further polluting the Curtis Bay neighborhood. Others have proposed developing the property as a much needed community green space. The company has resisted all suggestions of alternate uses for the property, we need to pressure decision makers to end this incinerator once and for all.

Legislation proposed in the past would protect communities and the environment from the harmful chemicals emitted by incinerators. It would only permit the sites to be located in areas zoned for heavy industrial activity and could require agencies to consider effects on communities compounded by heavy polluting facilities.

Previous legislation prohibits the construction or expansion of an incinerator in Maryland within three miles of:

It is up to the public to ensure their own safety and their protection of the environment, and it is through supporting bills like this. There are other options to manage waste, it simply needs to be heard by the public and decision makers.