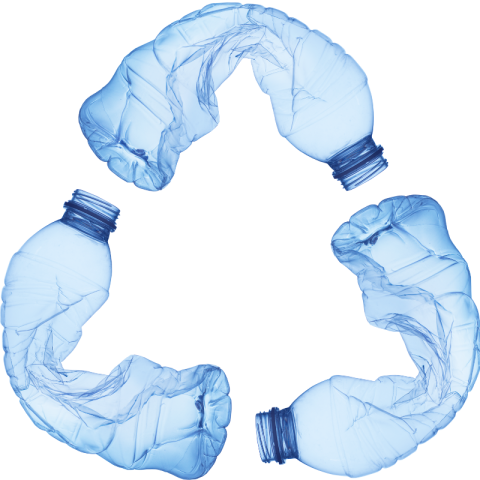 Plastic beverage bottles are littering our neighborhoods, clogging storm drains, polluting our waterways, and piling up in the landfill, which is estimated to reach capacity by 2040 if we don’t change course. Unfortunately, curbside recycling is not effectively capturing this waste stream, and many of those containers that do make it onto a recycling truck end up in the trash or “downcycled” (made into a lower quality product).

Luckily, 10 states, including our neighbors in Massachusetts and Connecticut, are currently modeling a solution: a container deposit law, or “bottle bill.” In states with a bottle bill, customers pay a small deposit on each container they purchase which is returned to them when they bring the empty bottle back to a participating retailer or redemption center to be recycled. The costs of handling the empty containers are paid for by the beverage companies or distributors in the form of a handling fee.

When done right, a strong bottle bill will increase recycling rates, reduce litter, fight plastic pollution in our waterways, and incentivize the beverage industry to implement a more sustainable model with bottles and containers that are easier to recycle or even reuse.

The Costs of Single-Use Disposable Bottles:

Currently, it is cheaper for beverage companies to make bottles out of virgin plastic than reuse bottles or use recycled material. But it isn’t cheaper for Rhode Islanders.

Under our state’s current recycling system, the beverage industry has no urgency to solve these problems but instead pushes these costs onto municipalities. A bottle bill is a form of “extended producer responsibility” with a proven track record of success that holds beverage companies responsible for the entire lifecycle of the bottles they produce. The handling fees paid by the beverage companies cover the costs of handling, storing, sorting, and transporting the empty bottles.

Benefits of a Bottle Bill:

Additionally, a deposit return system for recycling can also become a system for REUSING bottles. Not long ago, glass soda bottles and milk bottles, for example, were returned for reuse. We don’t need to settle for a system where we pollute local waterways to get fracked gas out of the ground, pollute local communities to turn that gas into plastic, drink from a plastic bottle for ten minutes, and then pollute yet another community when the bottle is disposed of or tossed on the ground. We need to move towards a sustainable, circular economy.

Read media coverage of the campaign: