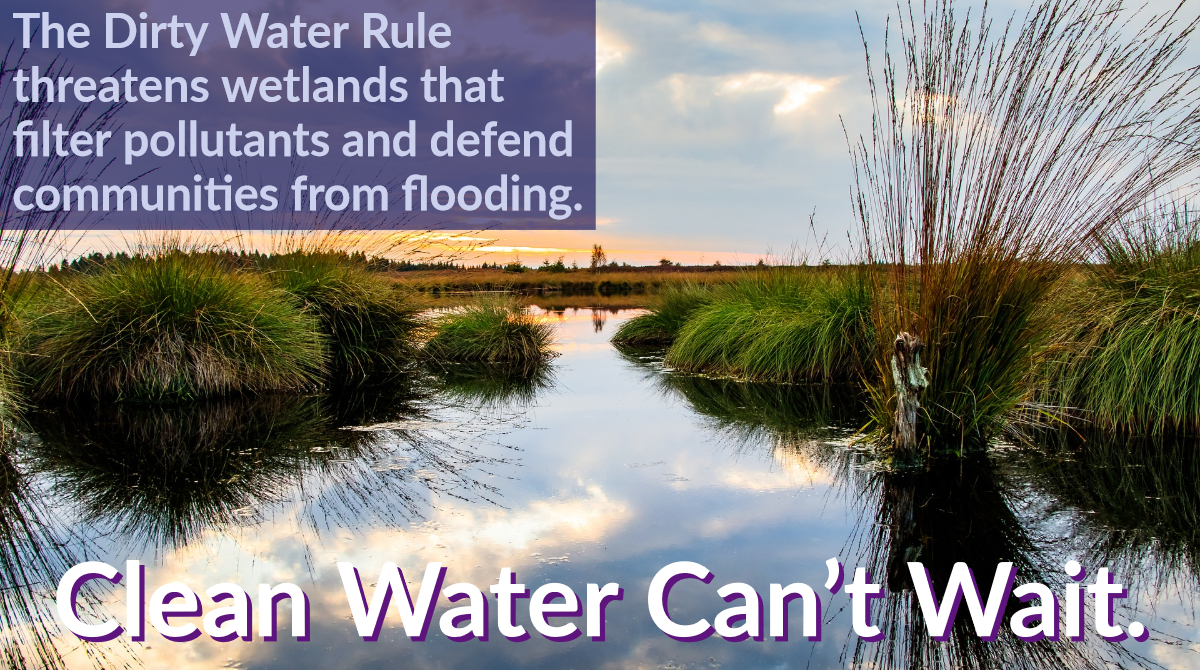 The Dirty Water Rule - A Lump of Coal in Everyone's Stocking

We just got our hands on EPA's Dirty Water Rule and it's what we thought it would be -- a direct assault on the Clean Water Act. The Dirty Water Rule could have easily been written by the corporate special interests who have wanted to peel back protections since the Clean Water Act was passed more than 45 years ago. If finalized, this scheme will put drinking water at risk by wiping out protections for atleast 51% of all wetlands in the country and at least 20% of our stream miles.

It's the wrong direction for our water and our health and we have to stop it.

Wetlands are valuable. They are vital for wildlife, providing habitat for countless species. Wetlands recharge groundwater sources and filter out pollution. They also can absorb huge amounts of floodwaters. They are essential natural infrastructure for communities in every state. As global temperatures rise and our climate changes, we're going to see more extreme storm events. Wetlands can help communities weather these storms.

There's a problem though -- we're losing wetlands at an alarming rate to development and climate change. And communities are feeling the consequences. Last year Hurricane Harvey inundated Houston and the surrounding communities. Flooding was made worse because wetlands in the area have been paved over as region grew.

We can't afford to make these situations worse. But that's exactly what the Dirty Water Rule will do.

When wetlands protect communities from floods, it’s not just about stopping direct damage from the flood, it’s also about protecting our water. Flooding, especially where there is heavy industry or agriculture, often leads to dirty, contaminated floodwater running into our drinking water sources. When we protect wetlands, they return the favor and protect our drinking water and health.

We'll have more analysis from our expert Jennifer Peters in the coming days and weeks. In the meantime, send a note to EPA today. Tell the agency that you oppose the Dirty Water Rule and expect EPA to protect clean water.  I know I can count on you.