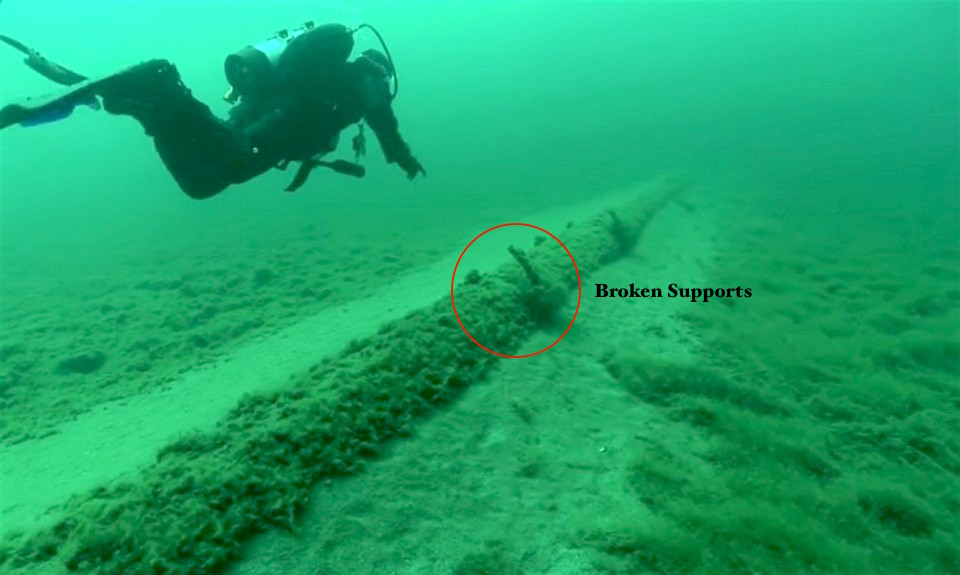 Drowning a Tradition: Tourism, Economy, and Life at Risk

What do you think of when you hear “the Great Lakes?” For many, days full of boating, tubing, fishing, and swimming come to mind. Thousands gather every year to make memories with their families, whether it be at cabins, riding to Mackinac Island by ferry, or long days building sandcastles on the beach. These activities have become tradition for many families throughout northern Michigan; but what if I told you that these days may be numbered?

For 64 years, there has been crude oil flowing through the Straits of Mackinac. This pipeline runs directly underneath the Mackinac bridge from Canada. Every day, nearly 23 million gallons of oil flow through two pipelines, known as Line 5, right below this vital ecosystem. In more recent years, Line 5 has proven to be a disaster in the making.

Enbridge is a company that operates the transporting of oil from Canada through the United States. In July of 2010, Enbridge was responsible for the nation’s largest-ever land-based oil spill in Kalamazoo, MI. It took 18 hours to even detect the leak and by that time over 840,000 gallons of crude oil were leaked into the river, completely upheaving the surrounding habitats. In total, clean-up costs were tallied to be over $1.21 billion. Other incidents include 252,000 gallons of crude oil spilling into a marsh in Minnesota as well as the death of two workers in large fire due to necessary repair work. Enbridge has proven itself to be unreliable, unsafe, and careless when it comes to protecting our environment and public safety.

The pipeline is built directly underneath a critical environment and tourism area. Northern Michigan is known for its beautiful scenery and immense amount of activities during the summer. There are hundreds of businesses and landscapes that depend on the integrity of the Great Lakes for the tourism economy that it brings. Places such as Mackinac Island, Petoskey, St. Ignace, and Cheboygan would all have their economies put in jeopardy if a pipeline leaked causing unusable waters.

A massive disruption in the Great Lakes due to an oil spill could completely eradicate some of the 170 plus species that call the Great Lakes home. This means that the fishing industry of Michigan will also take a detrimental hit even after clean-up efforts are deployed. If the pipeline were to burst, the damage could be nearly irreparable. Weather conditions in the Great Lakes, such as ice, fierce winds, and strong underwater currents would make effective clean up almost impossible, and extremely dangerous for the workers. 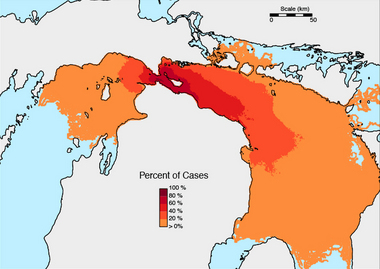 This model shows the probability of visible oil up to 60 days after an oil spill from Line 5. (Map via University of Michigan)

Line 5 was built in 1953, making it 64 years old today. Even though it is outdated, Enbridge is pushing more oil through the pipeline than ever before. The pipeline’s integrity has been wavering with broken and aging supports, failures, cracks, dents, and corrosion. That is also coupled with a long history of failures. Since 1988, Line 5 has had 15 incidents, including one event which released 226,000 gallons of crude and natural gas liquids. It is clear that Enbridge is violating the Straits of Mackinaw pipeline agreement. These infringements include the broken supports and the concealment of information pertaining to the pipeline’s stability.

What can you do?

It is easy to see that Line 5 must be shut down, but what can you do to help? There are many different ways that you can make your voice heard to Michigan’s leaders. You could:

Governor Snyder and Attorney General Schuette have the ability to change the fate of the Great Lakes, it is our job to make our concerns heard. What will you do to ensure the Great Lakes tradition?