The aquifer exemption program in the Safe Drinking Water Act (SDWA) Underground Injection Control (UIC) program allows certain oil and gas and mining activity to occur in groundwater that would otherwise be protected as a potential drinking water source.

Despite the high stakes of sacrificing potential drinking water for the sake of fossil fuel development, aquifer exemption programs at both the state and federal levels have suffered from inadequate funding and poor implementation. Aquifer exemptions have played a significant role in the growth of U.S. oil and gas production, eliminating the regulatory protections for groundwater that would otherwise slow or stop drilling.

We found that in order to adequately protect underground sources of drinking water (USDWs) in Colorado regulators must apply greater oversight to this program, beginning with improved data management and enhanced geologic review of exempted aquifers.

The Colorado Oil and Gas Conservation Commission (COGCC) regulates oil and gas wells in the state. In 1984, EPA granted primacy to COGCC to administer the UIC Class II program, which includes the permitting and inspecting of oil and gas related injection wells used for both wastewater disposal and enhanced oil recovery. As part of its role regulating the industry, COGCC provides public data on oil and gas wells.

Read the full report below. 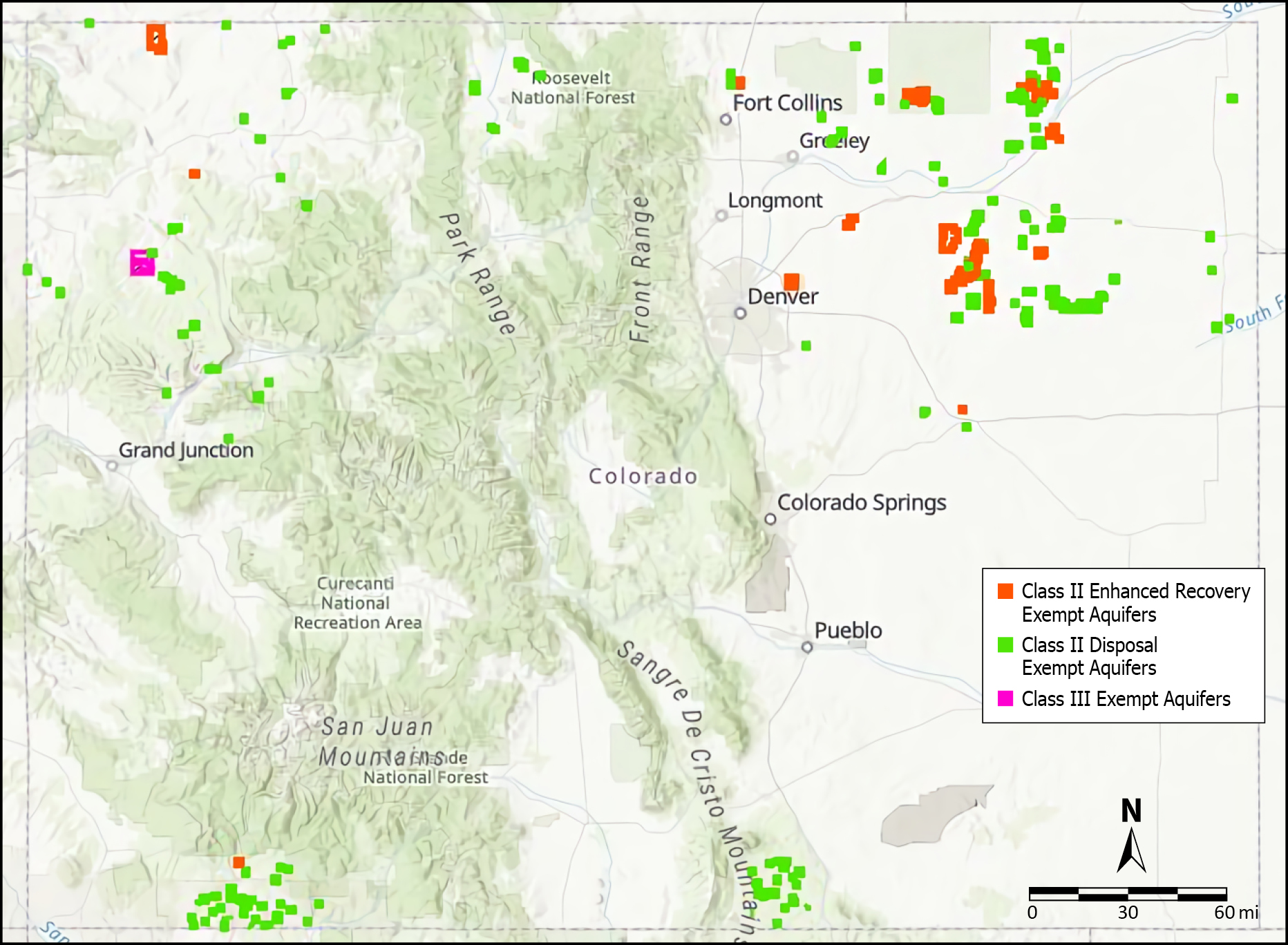 As a known threat to drinking water sources, enhanced oil recovery is regulated by the federal Safe Drinking Water Act Underground Injection Control program. Our research has found this program to be inadequate in protecting groundwater, relying on outdated rules, and insufficient data collection and staffing levels to ensure safety.