The oil  and gas industry, aided by  the erosion of campaign finance laws and nearly boundless lobbying budgets, asserts enormous influence over legislative processes in real time while also enjoying legacy influence in regulatory frame- works. The results can be devastating to the health of the environment and the public.

Add your voice! Sign the petition to get corporate money out of politics!

In the American political system, influence is leveraged by  strategically spending money in campaigns at the federal and state level to elect politicians who will push for  policies beneficial to their campaign contributors. Donations are made by corporations or their officers, and of- ten both, to candidate committees or  political organizations, to Super PACs which do not have contribution limits, or to “social welfare” organizations that also have no contribution limits or public disclosure requirements.

Since a series of controversial court decisions in 2010, more than $1 billion has been donated to Super PACs, of which over 60 percent was given by only 195 individuals. In  2014 the oil  and gas industry contributed $64 million to campaigns, committees and outside groups.

The weakness of campaign finance laws allows the oil and gas industry to elect candidates who support efforts to undermine environmental protections, drive pro-industry legislation and secure taxpayer subsidies to the industry.

Spending on advertisements has also increased dramatically. In  2012,  more than $153  million was spent on ads promoting coal, oil and gas… four times as much as was spent advocating clean energy. In federal and gubernatorial races in 2014  ad spending by outside groups reached
$1 billion. Nearly 40 percent came from so-called “dark money” groups not required to dis- close sources of  funding. In some competitive races outside spending is actually larger than candidate spending.

Campaign finance laws allow the oil and gas industry to help elect candidates who support efforts to undermine environmental protections, drive pro-industry legislation and secure tax- payer subsidies to the industry. Recent studies show every $1 the industry spends on campaign contributions and lobbying efforts returns $100 back in subsidies — a 10,000 percent return on investment.

The industry utilizes its massive lobbying operations to influence policy decisions. In 2014, the industry spent more than $141 million and employed over 800 lobbyists for Congress alone. Unmatched lobbying power extends to the states too. When state lawmakers in California proposed several bills to protect the state’s water, air, and communities, the oil industry spent $22 million to defeat the bills.

Influencing legislation is not the only strategy to weaken public health and environmental protections that impact industry bottom lines. Oil and gas interests also push elected officials to reduce oversight budgets at the Environmental Protection Agency (EPA) and other federal and state agencies. This can render vital safeguards ineffective as inspections decline and existing protections are unenforced. For example, despite a dramatic increase in oil  and gas development in recent years, budgets for  critical programs like EPA’s Underground Injection Control (UIC) program, which has oversight authority  over some aspects of the industry to protect drinking water, have been stagnant for years. As a result our land, air and water face increased risks. A 2016 Government Accountability Office investigation found that,”EPA headquarters and regional officials said that they have few re- sources to oversee state and EPA-managed programs.”

The consequences for  the public and our environment are huge. Landmark environmental and public health laws are weakened and new protections, based on current science, are often stalled in Congress and state legislatures. The way campaign finance has disintegrated into a free for all with opportunities to funnel money through groups with no public disclosure limits helps create an environment where lobbying and campaign activity cannot be fully policed. 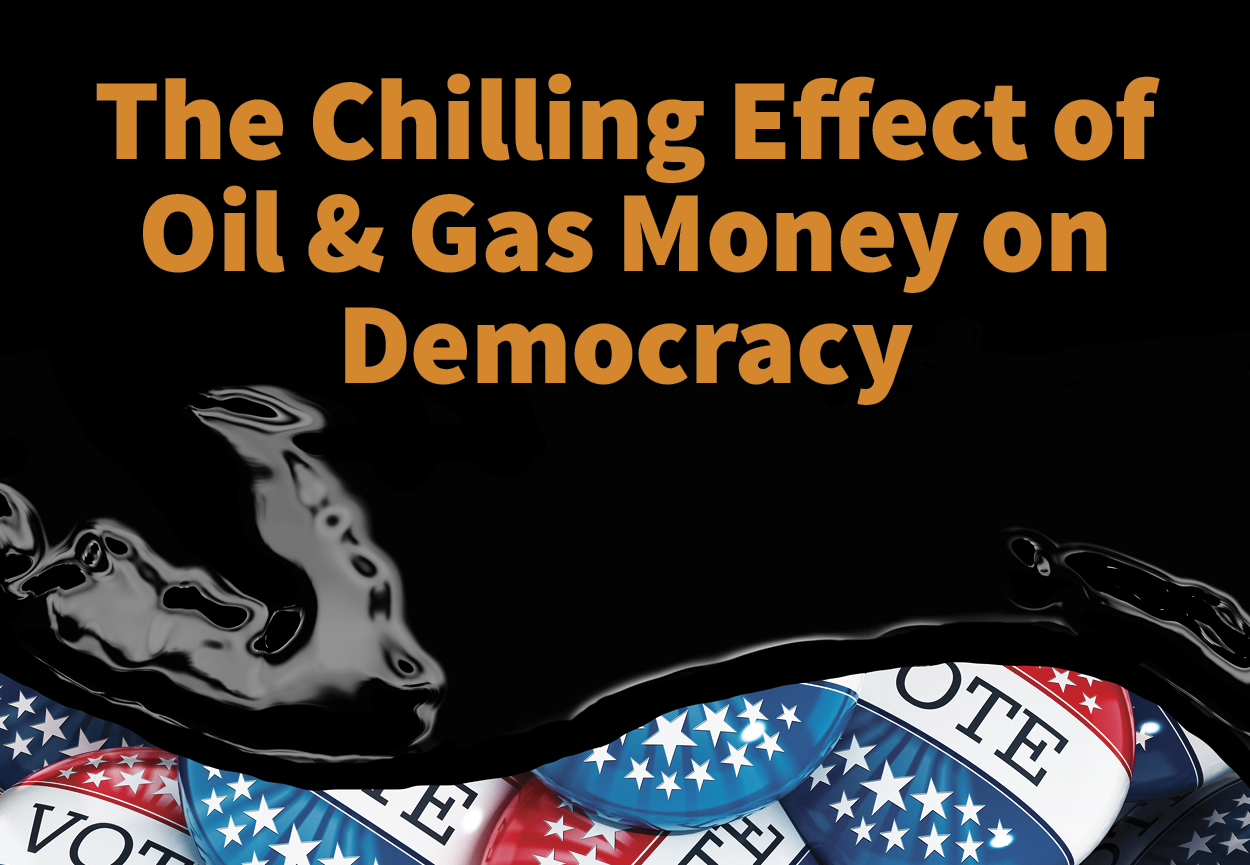