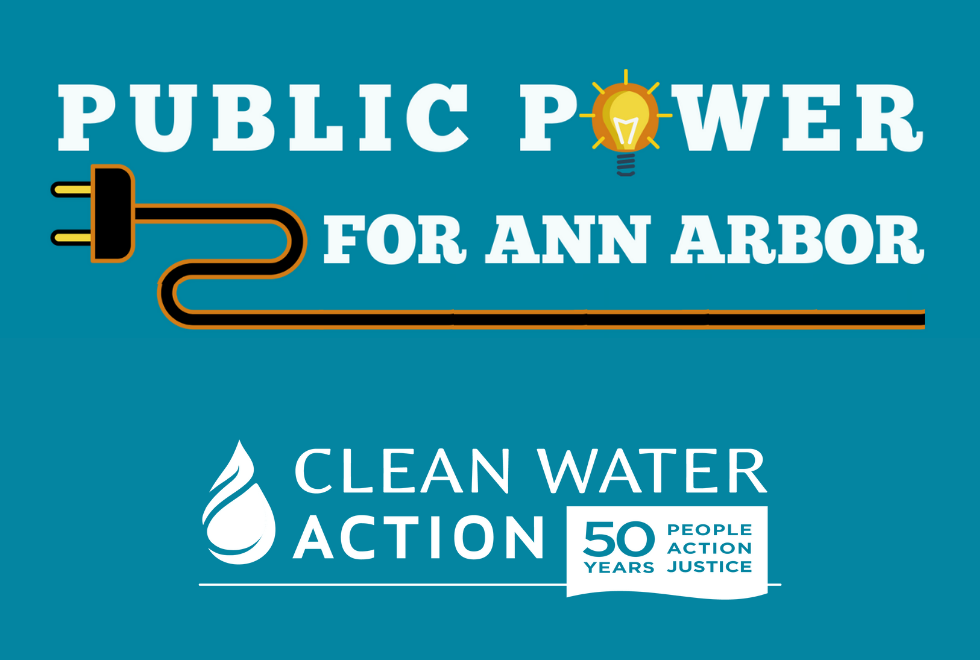 Municipal utilities are owned and managed by the communities they serve. Michigan currently has over three dozen municipal power utilities from Wyandotte to Lansing to Escanaba. Currently about one-third of the nation's power is generated by publicly owned utilities, and U.S. Department of Energy data shows their customers on average pay about $18 less each month and spend about 200 fewer minutes without power annually. Other cities, townships, and villages in Michigan receive electricity from shareholder owned utilites: Consumers Energy or DTE Energy, which serves Ann Arbor.

DTE Energy, an investor-owned utility, is a regulated monopoly that provides electricity to 2.2 million customers in southeastern Michigan and gas to 1.2 million customers around the state. This regulated monopoly status has been used by electric companies around the country to impose arbitrary rate hikes while providing insufficient services and foregoing maintenance and upgrades in order to cut costs. DTE Energy is no exception - DTE's electric rate is 32% higher than the national average. DTE and Consumers Energy were also found to have among the state's most expensive electric bills by the Citizens Utility Board of Michigan, while their customers also spend more time on average without power due to increasingly frequent outages.

These failures are then compounded with the environmental impact of DTE's energy sources, which rely heavily on fossil fuels. Currently nearly 50% of power generated by DTE is obtained by burning coal, and while some promises and progress have been made in transitioning to clean energy DTE is also planning for a new natural gas plant.

The services DTE provides, and the values and priorities of DTE and their shareholders, do not align with those of the Ann Arbor community. As Ann Arbor works to move away from fossil fuels with our 2030 A2Zero carbon-neutrality plan, DTE is not transitioning fast enough to meet local or global emissions targets.

Ann Arbor, having already significantly developed green energy with wind and solar projects throughout the city, is moving toward a new form of energy independence: Municipalization.

Municipalization is the process by which a city acquires a private utility and converts it into a public utility. By further developing Ann Arbor wind and solar projects in a Muni system, the city can free itself from having to rely on DTE Energy’s dirty fossil fuel infrastructure. Further, public utilities are under public control so the utilities are accountable to voters and ratepayers instead of investors. Municipal power utilities are community owned and not for profit, and the success of existing Michigan municipal utilities provide a framework for Ann Arbor to follow.

We deserve better for our families, community, environment, and planet. A community owned utility would give Ann Arbor the ability to drastically reduce and eventually eliminate greenhouse gas emissions. A municipal power system of our own would also allow Ann Arbor to invest in consistent, affordable, and green power to our residents - instead of paying dividends to DTE shareholders.

Municipal power will put the power back in the hands of Ann Arbor residents. Let our city lawmakers know that Ann Arbor is not well served by a system that puts investors first and ratepayers last.